A family tour at Parco della Caffarella, to discover nature and education activities

The Parco della Caffarella is one of the Roman natural areas worth of a visit. It is the perfect place for a family tour, because you can take advantage of natural walks by foot or by bike, but there are also some educational areas to enjoy children and make them close to nature. Let's discover this green lung in Rome, having a look to all its beauties.

The Story of the Parco Naturale della Caffarella
The Parco Naturale della Caffarella is a part of Parco dell'Appia Antica, being its natural entrance. The Park's name comes from its historical residence, owned by Caffarelli family. Today the Park is property of the city of Rome, in order tourists can enjoy it after years of decadence. The Parco Naturale della Caffarella is situated next to the archaeological area of Villa Latina, and you can still see some ancient Roman remains inside of it. The Park originally was part of Caffarelli's estate, the local lords. In the 16th century, after years of strangles against other noble families trying to conquer the area, this family was able to get the property of the territory and built by residence. The complex was originally made of a residential building, a typical 16th century one, surrounded by several towers to protect it, and the borders. Today there are a few remains of the building unfortunately, but you can still see one of the Towers and the so-called Casale della Vacchereccia, a building that probably was the haunting house of the family and their guests, in the 16th century. In front of it, a recent restoration found hot water source from the 19th century: it was part of a watering system used to enrich the vegetation of the park, its flora and its fauna. The Caffarelli family actually wanted to decorate their house with a beautiful Park rich in several flowers and plants from many different places. According to the legend, the forefather of the family took inspiration from the Versailles residence.

What to see
The Parco Naturale della Caffarella has suffered a process of degradation for years. Neglect and decay that led it to be the favourite place for people addicted to drugs and pushers looking for a secret place. But thanks to the good work the municipality and the local associations did, nowadays the park is available for the citizens and its visitors again, being one of the favourite destinations of Roman people and tourists. There are several areas worth of a visit. There actually are several monuments and remains of a so old past. Annia Regilla Sepulcher is just an example of a reality so far from Erode Attico's wife, but probably a little temple dedicated to goddess Reticolo. Moreover, you can find 19th century Mills used to produce wheat but also to wash clothes, together with buildings where the farmers used to live and work. Going on walking, you will see the beautiful temple dedicated to the Nymphs: the legend tells a street appeared after the temple doors, bringing you in a holy wood. You can also find Christian evidences; there actually is a little church from the 9th century where the crypts still host some signs of Basilian monks. There are also the remains of the dovecote, showing another activity the family was addicted to. You can finally see the unmissable remains of the ancient water system, used to water the visitation of the park, representing a very innovative system for the time. 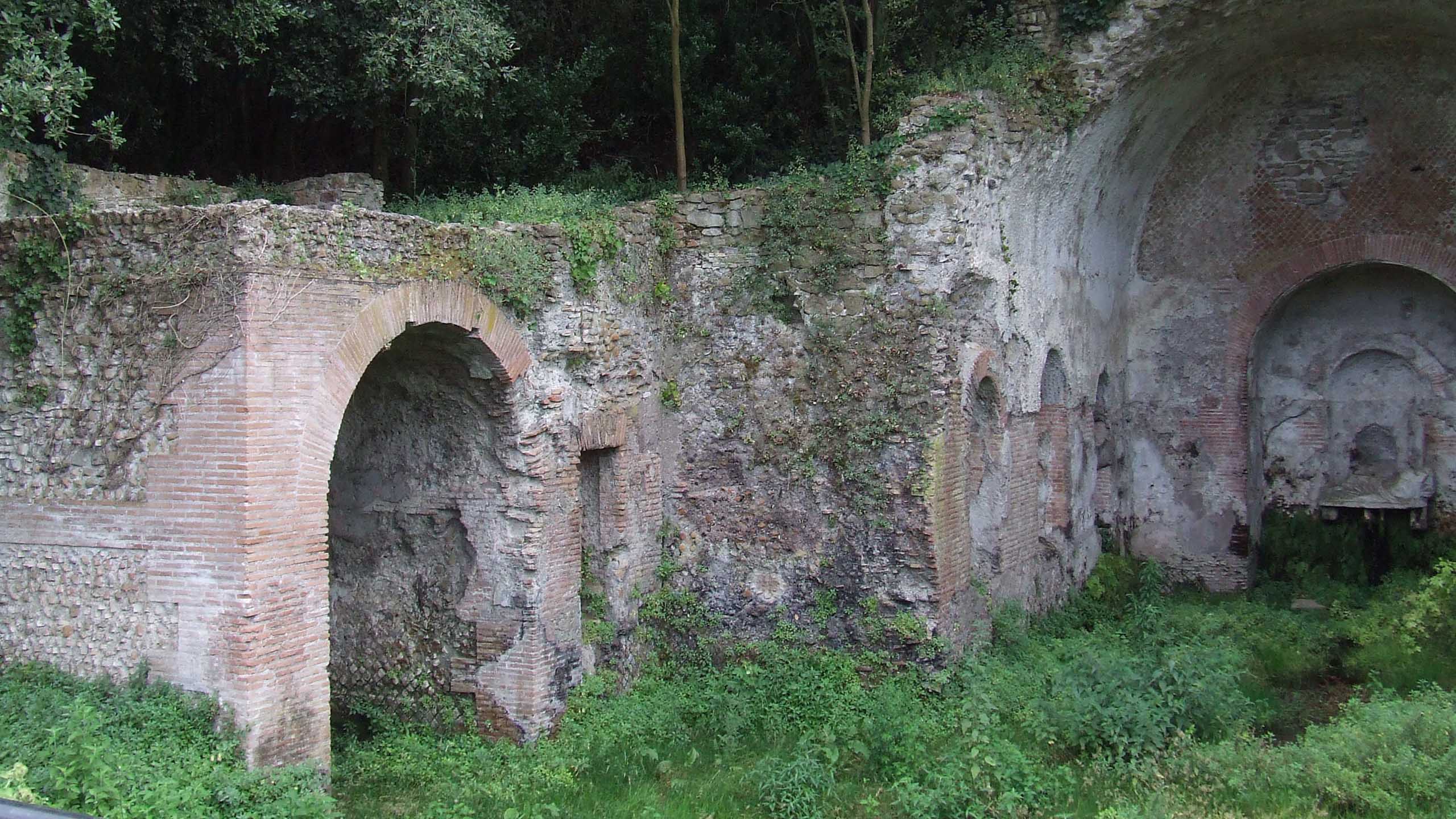 Educational areas in the Parco Naturale della Caffarella
The park offers an educational area, for children of any age. There are many educational attractions available for young guests. One of them surely is the Stazzo del Pastore, faithfully reproducing the places where the shepherds protected their family, and their animals. You can take part to some laboratories if you request it in advance. In the educational area, you will see an observation position from where you can admire all the animals living there, they are natural habitats. Don't miss to visit the educational vegetable garden of the park. The aim of this area is to show how the Earth and it safeguard are important, to adults and children. You will discover it by workshops teaching you how to exploit it in a sustainable way, according to the century-old aim of this area: the direct cultivation. In the educational vegetable garden you will be able to see the ancient water system able to manually bring water to plants. Educational areas are so many they don't stop here. There actually is the natural path proposing guided walks in the park, or the recovery wild fauna Centre, I sort of hospital for wild animals. You can take part to GiocarteLab workshops, or visit the discovery room where some geologists will show you the evolution of the earth. Don't forget the Garden of butterflies, where the children can dream in front of thousands of colourful butterflies flying on the multi-colored flowers.