Believers meet on Easter to assist the Pope’s Mess in Piazza San Pietro, in Rome

Rome is the only one city in the world hosting a state of less than one thousand citizens, where in a few square kilometres, all the necessary administrative organs are situated, to assure the realization of the apostolic mission all over the world.
In this peculiar context, it is the only one state where passing the border means to get into Bernini’s colonnade, symbol of Christ’s hug, where you get astonished by that enormous but harmonic greatness.
We won’t describe the multi-layered architecture of Rome, but let’s feel the surprise this extraordinary scenario offers, in the middle of two worlds.

Reaching the Vatican Basilica is always a one of a kind experience
There is no place without history in Rome. The ancient Spina di Borgo is the story of a lost Rome. Till the beginning of 1900, the pilgrims went to Rome and got lost in a mix of narrow lanes and medieval houses: the ancient Spina di Borgo. From there, you could see the Cupolone, but you couldn’t find the way to reach it by a straight street, you can – fortunately or unfortunately - walk on nowadays. In the past, they used to stop there and rest. Pilgrims used to wait for reaching the church there, to purify themselves, looking for an answer, to be ready for Christ resurrection, three days later, to purify everybody, the agnus dei qui tollis peccata mundi.
This area has been cut by Via della Conciliazione, but in the past, it gave the impression of getting hug by a mother protection once in Piazza San Pietro, as the light was so bright you couldn’t see anything else than the splendor of the Vatican Basilica, waiting for you, as the prodigal son’s father. You could get in the enormous space in front of the Basilica, having the impression of being able to touch the sky, towards God’s light and the purification by Christ’s passion, his death and resurrection, as the life metaphor.

Easter and the holy liturgy
Even if the area has been demolished to build Via della Conciliazione – to directly access the Vatican from the Tiber -, you still feel the surprise effect, seeing the Basilica for the first time. The Rione Borgo is still rich in history and fascination, so it deserves a visit for sure. The best way to experience religion is to take part to the holy services, such as the Easter services.
Every year, thousands of believers visit Rome to take part to those services and to be part of an enormous crowd of people, as to represent the return of the Father saving them by the original sin.
It is not just a religion tourism, just to see the Pope and make some pictures. The supporters don’t go there because of a tradition, but because of their faith. If you want to take part to the services, you are obviously welcome, but it is important to be aware of some things. 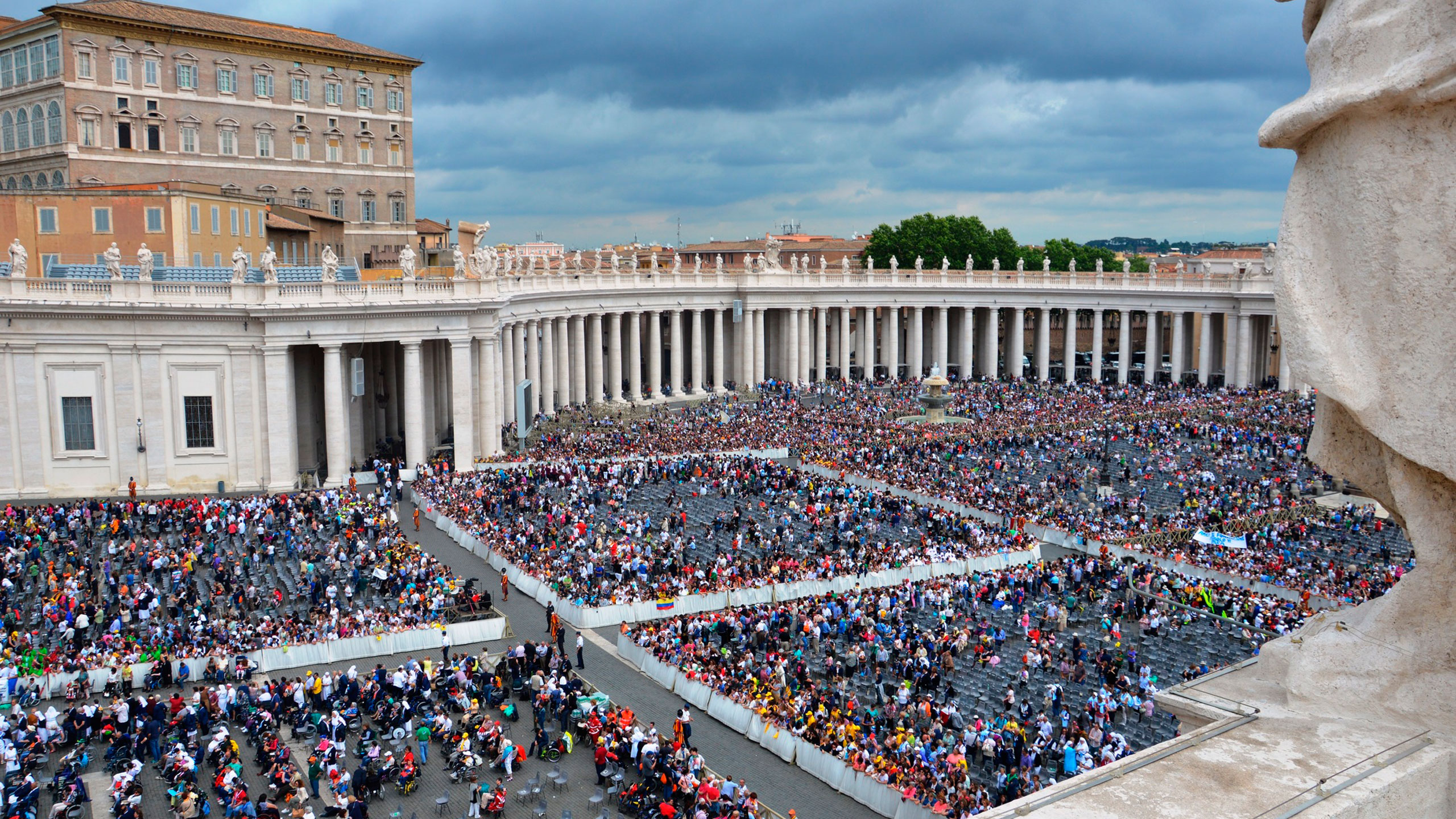 Some suggestions to take part to the celebrations
It is obviously free, but there is a limited number of guests admitted because of safety reasons, so you have to book the tickets in advance, according to the huge number of people attending the services every time.
You have to send the request to the Prefettura della Casa Pontificia, sending a form by fax; as they accept the request, you will be able to take the tickets in the famous Portone di Bronzo. You have to know there will be a long queue. The warm weather will help you in your wait. The Easter Mess is very beautiful for the Pope presence of course, but also for the songs, the Latin language and its length, making your commitment very important.
We suggest you to wear a comfortable but appropriate outfit.