Appia Antica regional Park is a protected area situated in the street with the same name, including several very important historical and archaeological sites. The park has a more than 3295 hectares surface, located in the area of Rome, Marino, and Ciampino; it was created in 1988 by Regione Lazio. From the top, it seems a green point between the city centre and the area of Colli Albani; it includes the first part of Appia Antica street, and a huge number of the buildings along the first 16 kilometres were built in the Roman age. In the park, there are some important sites, such as Villa dei Quintili, the archaeological areas of the aqueducts, the Valle della Caffarella, the Farnesiana and Tor Marancia residences, the tombs in Via Latina, and the Tor Fiscale archaeological area. The Appia Antica Park gives you the opportunity to discover the Roman countryside, together with some of the most important engineering works of the city. If you want to have an open air tour, jump on your bike and ride it to discover an incredible place.

The stages of the tour
The first step out of three is Porta Capena: it leads you to Cecilia Metella. Porta Capena is the entrance of the park, and the place that mostly shows the connection between the monumental centre of Rome and Appia Antica street. The walk starts from the walls of the several post-Renaissance residences: it is called "the street among the vineyards", as a famous map by Giovanbattista Nolli shows, from 1748. You can take advantage of several services, such as renting bikes, guided tours, maps, restaurants, and bars. The second stage of the tour leads you to Cecilia Metella, at Casal Rotondo. The sepulchers you will see along the way are wonderful, finishing where the Quintili Residence is situated, at the fifth mile. There, you can admire the biggest circular sepulcher in Via Appia: Casal Rotondo. The last part of the tour is the one departing from Casal Rotondo, towards Frattocchie. The walk get even more bucolic, and you can see the wonderful Roman countryside on the other side. You we'll start seeing the typical side Gates used for agriculture and a panorama goes till the Agro Romano and the Castelli Romani. Well, that's the point where Regina Viarum goes out that Roman territory borders, entering in Ciampino's and Marino's. 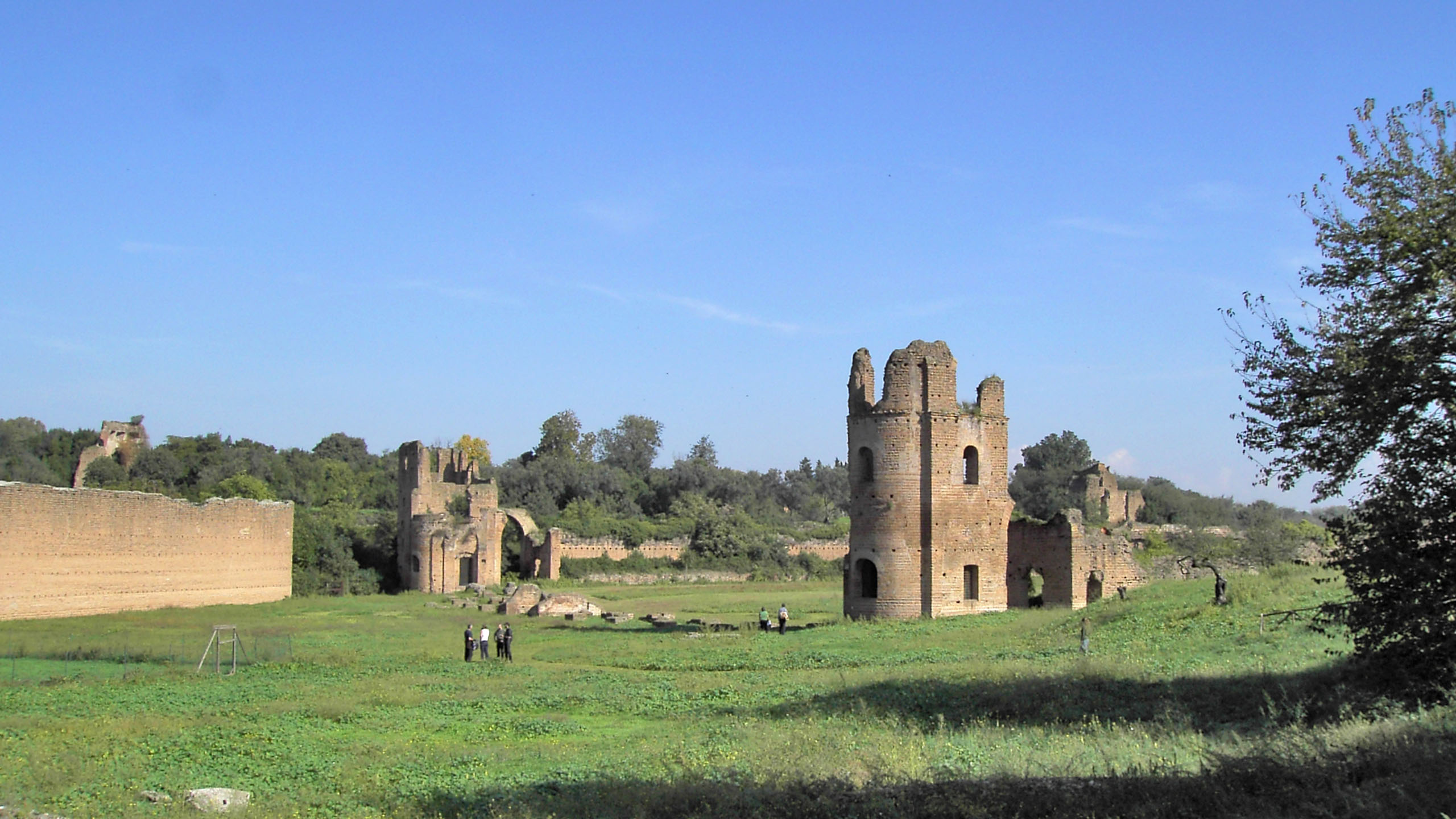 The history of the Park
The idea of creating an archaeological Park including the Foro Romano and Castelli area was born during the Napoleonic occupation. But Pope Pio IX really started the works to restyle the Appia Antica, charging architect Luigi Canina, in the second half of the 19th century. Just after the Unity of Italy, Rodolfo Lanciani, Ruggero Bonghi, and Guido Baccelli launched some projects to restore the area. Despite of the intentions, the interventions were applied only on the current Viale delle Terme di Caracalla. In 1931, the project of the park was restarted and introduced in the new development plan of the city: the Appia Antica had to be the focus over naturalistic and archaeological area, surrounded by a "respect area". Since the second post-war period, the street actually risked to be submerged by cement, because of some about support and residential complexes projects, not far from the monuments. Moreover, the unauthorized development seriously affected some archaeological areas. Another intervention affecting the restyling of Appia Antica street was the built of the ring road, actually dividing the street into two hearts at the 7th mile. The park was instituted in 1988, when Regione Lazio approved the motion the towns around there had proposed. In 2000 to the park has been enlarged, introducing the Tor Marancia residence in the protected area. 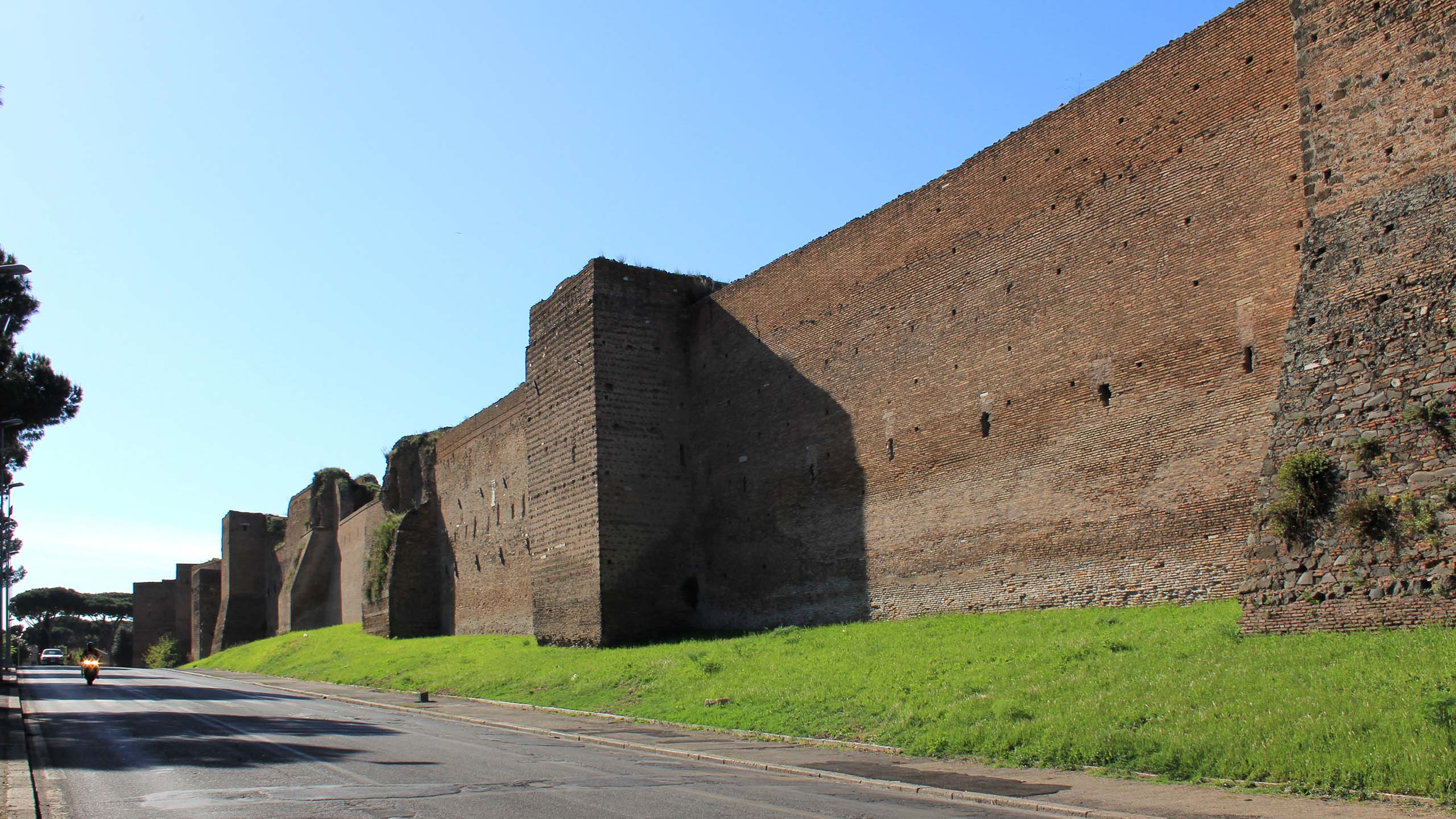 The Areas you can't miss
Surrounded by Quarto Miglio and Cinecittà District, there is a green 15 hectares area: it is the last big part of countryside connecting the city to Colli Albani. There were six aqueducts in the area, to provide Rome and the neighbourhoods with water, serving about 13 cubic metres of water per second, during the best periods. Lately, the Felice aqueduct was built, during the Renaissance; it is still working nowadays. The remains of the Claudius aqueduct still appear along the countryside, giving a very suggestive appearance to the park, together with the centuries-aged pines, the suburban residences and the other remains. And don't forget to visit Valle della Caffarella too, the real protagonist of the long history of Rome. Situated very close to the Aurelian walls, between Via Appia and Via Latina, the area was the stage of several legends and myths, probably suggested by the atmosphere you can breathe there, and thanks to the soft hills boarding it, and surrounding the fog of the cold fall and winter nights, surrounding the Almone, the Tiber affluent, so important and holy since the most ancient ages. As we have just said, in the park there is part of Via Latina, lasting several monumental sepulchers. You can still perfectly see part of the original pavements, surrounded by several tombs, where you can admire very important frescoes and stuccoes. Don't miss Valeri and Pancrazi's sepulchers: but mind you can visit them only by guided tours.