Agostino Chigi, also called the Magnificent, was born in Siena in 1466, but he became famous in Rome, at the head of the Chigi bank. He was a successful entrepreneur, as well as a banker and a ship-owner. He was also one of the most important patrons of the entire Italian Renaissance and forged important collaborations with popes Leo X, Julius II and Alexander VI. He was a great lover of art of every age and one of his greatest passions was splendour, declined in all its forms. He commissioned many works to artists like Raffaello Sanzio, with whom he had a strong friendship, Baldassarre Peruzzi and Sebastiano del Piombo. His sales attracted so much fanfare even the Ottoman Sultan defined him as the greatest art dealer in Christianity.

A man at the service of art
Agostino Chigi was the son of Mariano Chigi and Margherita Baldi. His family was rich and wealthy and his father, a Sienese banker who also held prominent positions in the Republic, was a consul, gonfalonier, captain and ambassador at the court of Pope Alexander VI. Agostino Chigi began his apprenticeship under the orders of his father, who owned two banks: one in Siena and the other in Viterbo. The apprenticeship ended in 1487, when his father Mariano invited him to move to Rome to work side by side with another famous citizen, Stefano Ghinucci. So Chigi began his career with the brothers Antonio and Giulio Spannocchi, sons of Ambrogio, former banker of Pope Pius II. Mariano's choice was particularly right because in 1492, Pope Alexander VI decided to divest the Medici of the management of Vatican finances, entrusting it to the Spannocchi family. Soon, Agostino began to take advantage of his position, starting a profitable and lasting relationship with Pope Borgia.

Rise and success of the patron of the Renaissance
As a banker of the Pope, Chigi financed numerous military enterprises, including those of Cesare Borgia (son of the pontiff). In addition, he lent large sums to figures such as Piero de' Medici and Guidobaldo da Montefeltro and, at the beginning of the sixteenth century, founded the Banco Chigi in Rome, together with Francesco Tommasi and his father Mariano. In the name of his relationship with the Vatican, he organized lavish parties and exclusive receptions and, in that period, he started his patron activity. In the meantime, he ordered the construction of Villa Farnesina, which in a short time became one of the most popular places for men of power and artists of the time. Despite being married to Margherita Saracini, he fell in love with Francesca Ordeaschi, a beautiful courtesan he had known during a business trip to Venice.
A few months after the death of poor Margherita, Francesca made her official entry to Villa Chigi, becoming her first woman. To make their union immortal, Agostino decided to commission his friend Raffaello to represent the story of Psyche Revived bt Cupid's Kiss, taken from Apuleius's “The Metamorphoses”. The area of the residence where the painting was placed was renamed Lodge of Psyche. Francesca Ordeaschi and Agostino Chigi had five children: the last one was born only after the death of his father.
After the unpleasant event, the young wife lived only another seven months: some people say she was poisoned, others propose the hypothesis of a suicide dictated by desperation over the loss of her dear husband. It is certain their love was worthy of the splendid frescoes that embellished Villa Chigi. Agostino was buried in the family chapel, designed by Raffaello and located in the Basilica of Santa Maria del Popolo. 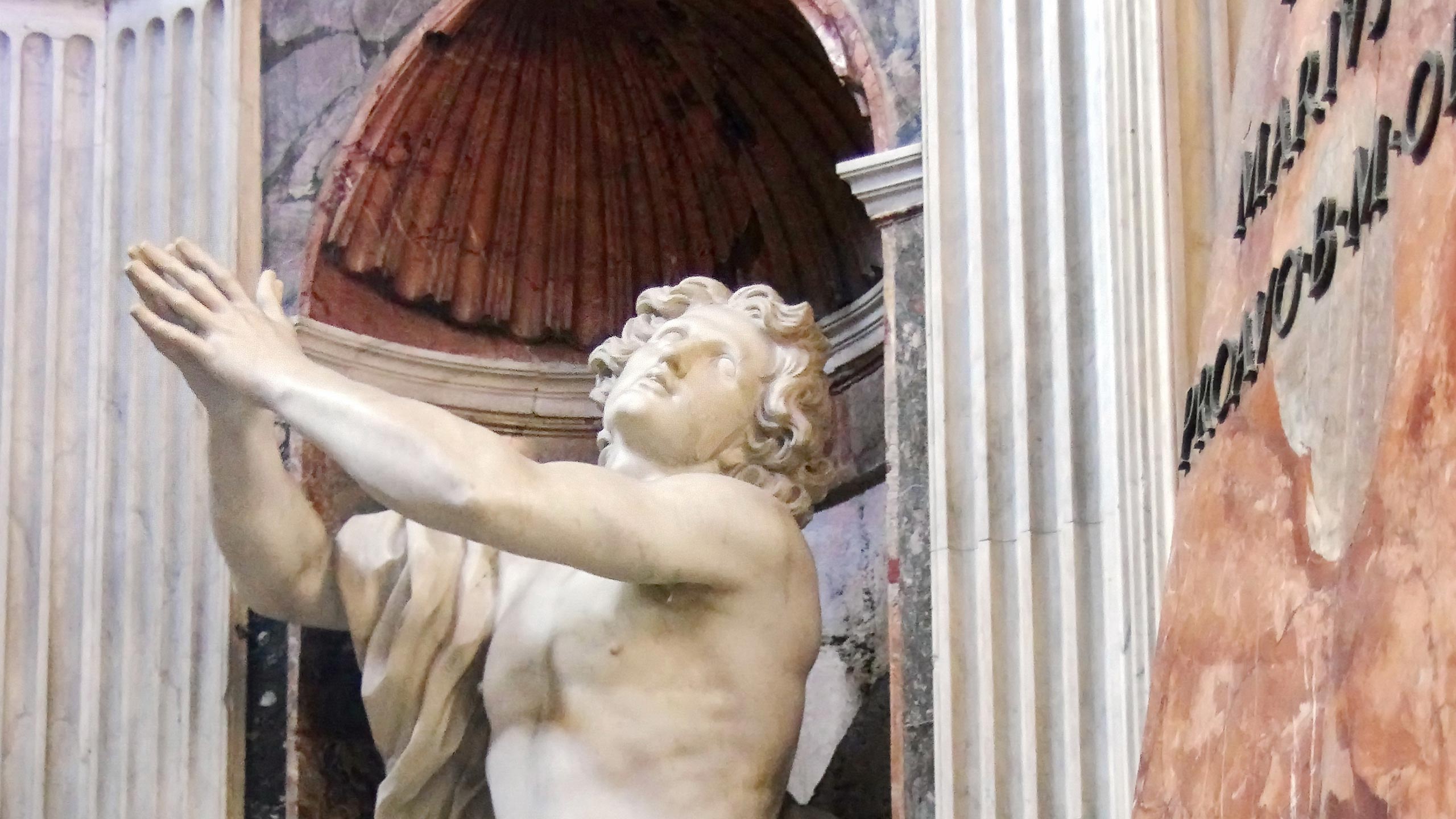 The activity of patron
In addition to the built of the beautiful Villa Chigi, located on the right bank of the Tiber and later renamed Villa Farnesina, Agostino Chigi is remembered for his patronage, which led him to commission works of enormous artistic value. Among them, the Chigi Chapel is by Gian Lorenzo Bernini and Raffaello Sanzio. To realize it, Raffaello was inspired by Bramante, creating a small complex with a central plan, bare outside but rich in frescoes and sculptures inside. The chapel has the appearance of a cube surmounted by a hemispherical dome, resting on a high windowed drum.
The beauty of the frescoes adorning the chapel leaves you breathless. In the centre of the scene, God the creator of the firmament gives rise to the motion of the whole universe extending below his figure. Lower down, allegorical images of the sun and the other planets known then appear, all depicted as pagan deities, each guided by an angel who leads the course, exactly as suggested by the Neo-Platonist philosophy. The Lodge of Psyche is also splendid, famous for the cycle of frescoes painted by Raffaello and some of his students. In the lodge, at the time open on the facing garden, the cycle with the Stories of Psyche Revived bt Cupid's Kiss is depicted, the Golden donkey by Apuleius. Later, some people related Psyche, the protagonist of the subject, with Francesca Ordeaschi, second wife of Agostino Chigi. All the scenes are framed by plant motifs (created by the pupil of Raffaello, Giovanni da Udine), which simulate a pergola with fruit and flowers, dominated by a splendid blue sky. The plant plots increase the sense of continuity between the lodge and the garden, which houses over two hundred different botanical species, imported by Agostino Chigi from the newly discovered American continent.
Still in Villa Farnesina, there is another work commissioned by Chigi to Raffaello Sanzio, the Triumph of Galatea, a fresco dated 1512, depicting the nymph Galatea. The nymph is immortalized in the act of riding a curiously shaped chariot (reminiscent of a scallop shell). Driven by Palaemon and pulled by two dolphins, the chariot is surrounded by a procession of marine deities (nereids and tritons) and guarded, from above, by three cherubs with a bow and arrows. A fourth cupid, prudishly looked by Galatea, holds some arrows hidden behind a cloud. The artist's will was to symbolize the chastity of platonic love.