Horns, horseshoes, shamrocks, purifying rituals, correct and incorrect practices ... superstition can be expressed in several ways and it is something even the most unexpected ones join.
The ancient Roman people - always considered pragmatic and concrete people, devoted to pleasures and vices, but extremely strong in certain areas - they however had so many superstitions. Some of them still exist, whereas others got lost, sometimes because of punishments by rulers who disagreed or by the citizens themselves, who could mislead some gestures.

The superstition of gestures
Have you ever spilled wine, oil, or water? According to the ancient Roman people they were bad signs, as well as meeting mules transporting ornamental burial plants in the street, or finding a hole in a bag of flour by a mouse, or even house beams damaged without an apparent reason, or animals considered "inauspicious" because of features often linked to illness.
Even Julius Caesar, as Pliny reports, suffered the influence of superstition. It is told after his cart broke during the celebrations of the Triumph, he used to repeat three spells to safety face the journey.

The remedies against bad luck
The amulets and talismans, with their vaunted esoteric and auspicious abilities, as well as the evil spells were very widespread. They used to write on the doors of the houses the word "arseverse", as a protection against the danger of frequent fires. In addition to it, they used spells of any kind, appeals to divination or magic with the purpose of exorcise evil specters, or any other disfavour.
The magic itself was considered extremely serious, so that it was severely sanctioned by the Roman laws; many people also exploited it to earn money, so creating a vaste assortment of spells and curses, some of which told also by historical evidences. 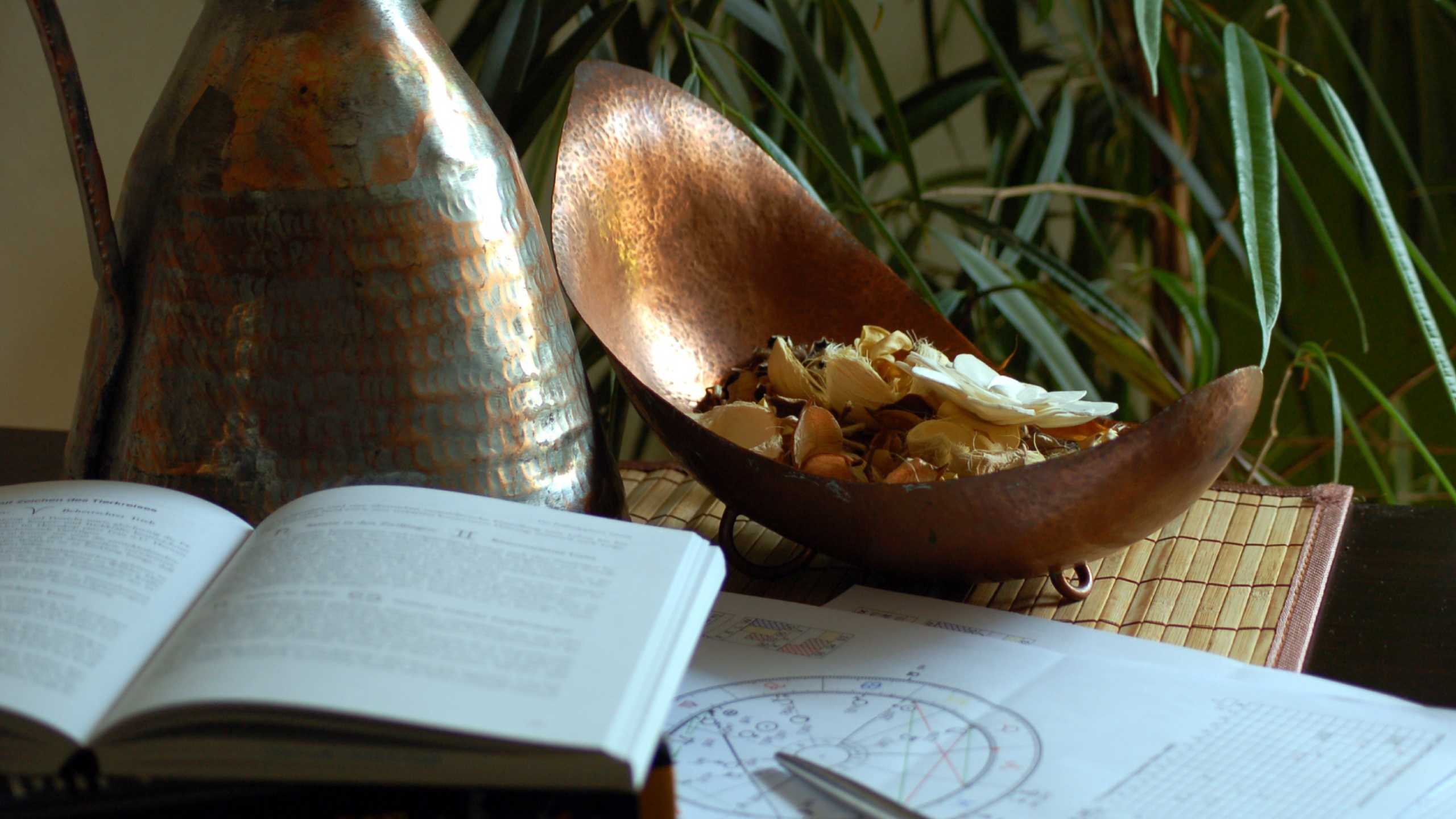 The origin of superstitions
It is always important to consider that the ancient Roman people, as well as every ancient population perennially expanding suffered the strong influence of the countries culture they fought and sometimes annexed to their territories. It is not a coincidence the Roman religious pantheon almost entirely derives by the Greek one, or that many holy Egyptian images, such as the cat, found their place in the Empire, effectively becoming part of the Roman culture itself.
Many of the superstitions, some still surviving nowadays, were nothing more than deformed versions of myths or fears of something, suche as the fear of lightning, extremely damaging and frightening, or fire, a great enemy of any house of the time.

The calendar and superstition
However, the idea of good and bad omen was not limited to gestures, or rites of various kinds. The Roman calendar actually was divided between "good" (dies fasti) and "bad" days (dies nefasti): the former were moments when to carry out certain activities, such as the administration of justice, a deal, sowing or departing for a journey; the bad days, the unlucky ones, were a warning to avoid doing these actions.
Nones, ides and the second day of the month were "off-limits" for decisions or events, and also the dates of particularly negative or disastrous events were inauspicious: July 18th, for example. was the day of the Roman defeat by the Gauls in 387 BC, so it was marked on the calendar as "Gallic catastrophe"; today, some proverbs concerning planets symbolizing bad days for specific actions still survive. It is not a coincidence, however, that churchmen and priests used to take care of the calendar and that, on the basis of purely ideal digressions, they cut off "normal" days or reintroduced "positive" days in periods where they were usually present only negative dates.

The evidences
There are several evidences of this superstitious past fused with esotericism. There are even some archaeological sites, such as that of the ancient sacred wood dedicated to Anna Perenna - a very ancient esoteric character -, concerning black magic and mystical practices.
Many places, especially the oldest ones, were often shaped by the beliefs of the time, passing from being sites for vital, positive rites, fundamental for Roman society, to places used for the practice of malicious, harmful rituals, with curses and spells, able to cause pain to third parties.

Tour of Roman esoterism
For these reasons, Rome has always been a very famous destination where to discover esoteric traditions: mystery and exoticism lovers find the charm of lost and forgotten rituals in the Roman lands, and real "trips" often take place for new adepts or just curious people. Much of the Lazio territory is considered precious and rich in "focal points" where to have sensory experiences of any kind.
Excluding the simple rituals of "evil eye", or exorcisms and curses, the inevitable fascination of ancient territories where many religious or simply esoteric rituals took place, adds to Rome one more tip to the mystery of the Eternal City, making the ancient remains a way to join again the forgotten traditions and "sources of power".
Esoteric Rome is a subdued panorama people not interested in it can't see; it provides the surreal investigators with a fatal attraction for visiting places apparently without charm for those who cannot imagine their strange past.
So if you are looking for another, the umpteenth reason to visit Rome, discovering the reasons why we are still victims of strange - but necessary for some people - gestures, could certainly be the right reason.
Just remember not to go there alone and without due protections: being victim of superstitions could lead you to have frightening extrasensory experiences!