Fun facts about Rome: The monte dei cocci in Testaccio

Every time you think you have seen everything you could of the Italian capital, you always get surprised discovering new unknown but rich in history places. It seems Rome never ends to tell us about itself, by a new street, a new lane, a new square or a hill. This is what happens to those who visit Testaccio, the historical district of Rome. The history of Monte dei Cocci needs to be told and it deserves a visit, being a heel created. By piece of ancient Roman amphorae. 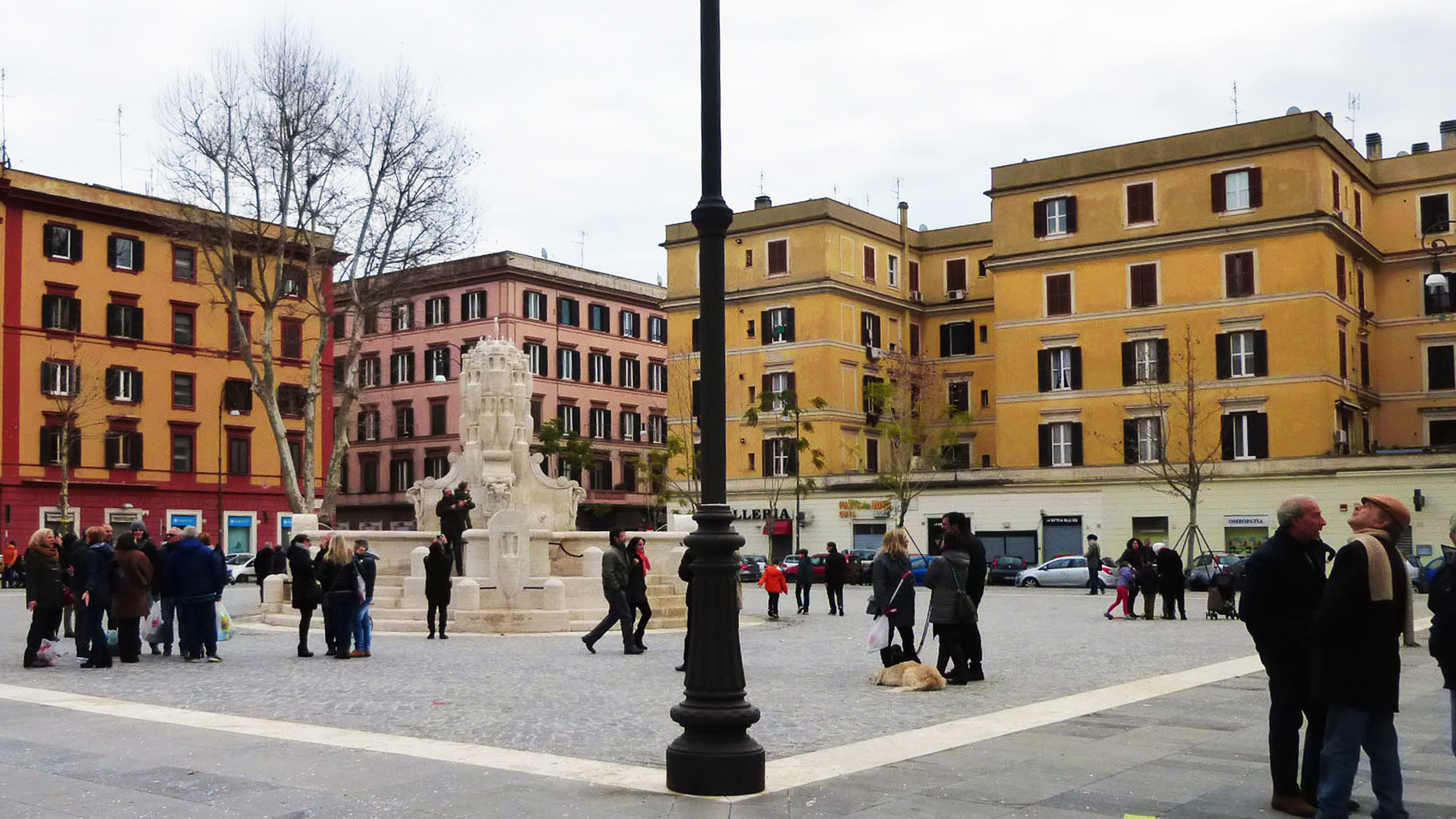 The story of Monte dei Cocci, in Testaccio
The name of Monte Testaccio has an ancient etymology: the word derives from the Latin word Testaccio, "head", which meant "crock". So we can see all the history of these hill in the heart of Rome, near the very ancient Ripa Grande port, is hidden in just one word; the port was the landing of all the goods coming from the foreign countries, passing through Fiumicino.
The Monte dei Cocci is the highest artificial hill in the city. Its perimeter is about 1 km long, and it is made of millions of amphorae fragments - the crocks, indeed - dating back to a very important period of the Roman ancient history. This area was a real dump, where they used to throw away the amphorae which could not be recycled in some other ways. They used to put the remaining parts of the amphorae on different layers; so, if you are on the heel you should know under your feet there are the remains of more than 15 millions of amphorae once containing oil.
After the journey by the ancient Roman ships, by the sea, they used to arrive at Fiumicino Port and they reached Ripa Grande port through the Tiber, near Sublicio bridge. They used to empty them, so the oil they contained arrived to the Roman market. The terracotta containers were instead transported to Testaccio, and stacked on the Monte dei Cocci, in the area between the left bank of the Tiber and the Aurelian walls. The area has a perimeter of about 700 metres, on a 22,000 square metres surface, and It is 50 metres high.

The most obvious question is: why the amphorae containing wine weren't brought to Monte dei Cocci? Why only oil amphorae? The archaeologists gave the answer, revealing they couldn't be reused. The internal part of each container got immediately damaged by the oil so they couldn't contain anything else. You understand the hygienic rules the Roman citizens had about food where very rigid. The aim was to avoid the proliferation of diseases connected to a bad conservation of food.
Thanks to these lows, nowadays you can walk along the ways around the hill, discovering the footpaths of a path rich in history. It actually is a very important period, as the Monte dei Cocci they back to a critical moment of the Roman Empire. The oil imports from Spain and Africa got actually affected by a reduction that stopped the mountains at the hate you can nowadays see, during the 3rd century A.D. Archaeologists have been able to give a precise date about the remains: Roman people started accumulating them in 140 and till the end of the 3rd century after Christ.
The amphorae launched in the dumper originally contained oil, and they came from Andalucía. The majority of them were containers from Betica, a province of Rome in the south of Spain: just a quarter of them came from Western Africa. 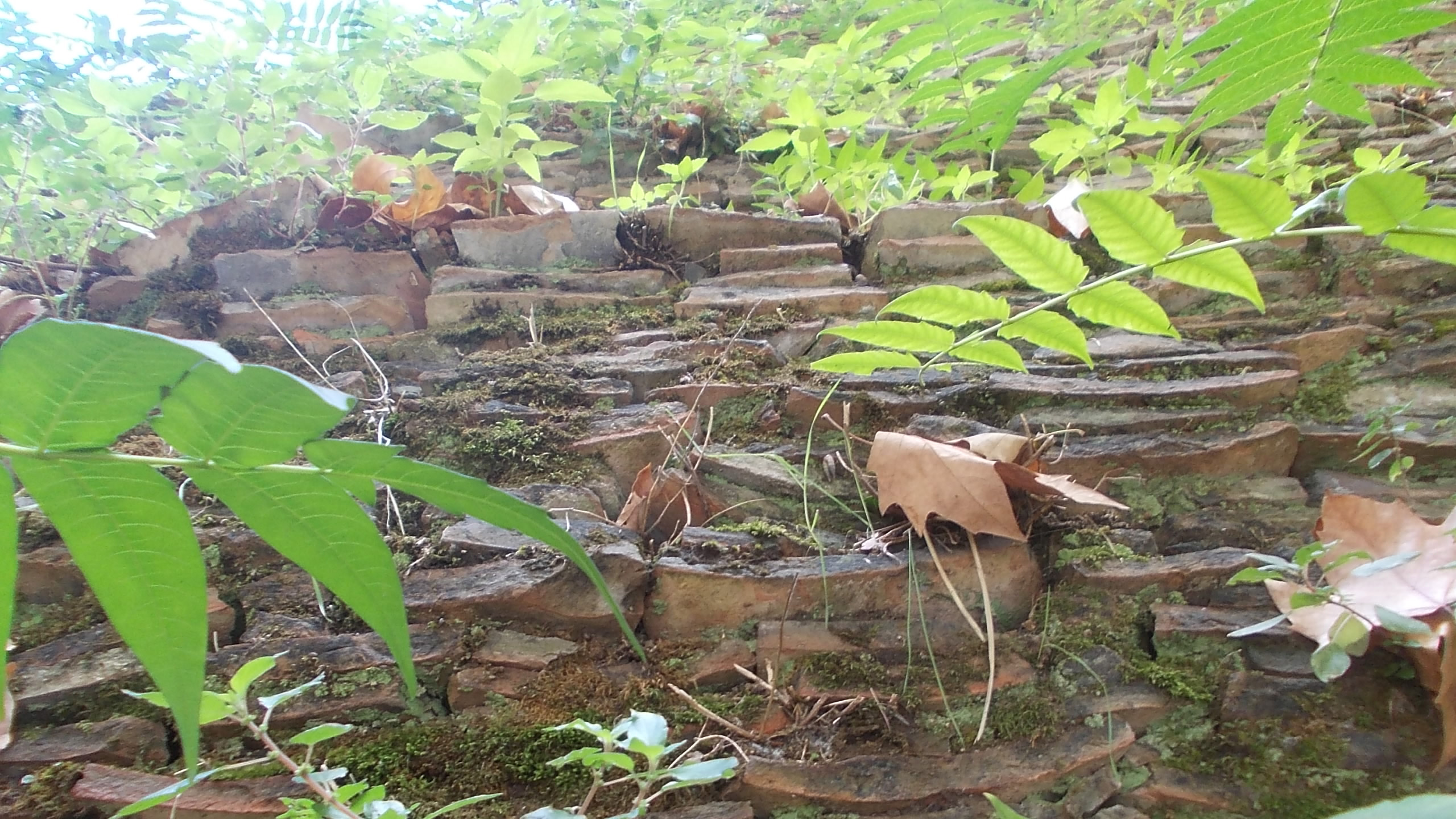 But how did this mountain of rocks become compact? We could ask ourselves why it has never collapsed. The lime found there was the responsible: it was actually used to avoid oil decomposition. At the same time, it has cemented the fragments together, making the mountain a stable hill. As the rubbish dump grew up, the citizen started reflecting on the way to reach the top of the mountain to put more remains on it.
Roman people were very good architects and engineers, so they built a ramp and a couple of streets to let the carts go up. On the top of the mountain, archaeologists found the information to discover the period in which the mount was created pending origin of the products. On the majority of the containers there was a brand, others had the "tituli picti", the information painted by a brush telling the identity of the merchant, what the amphorae contained, and the controls they underwent.

Later on the Mount of the Cocci has become a place hosting completely different sceneries. His memory is linked to the "Ludus Testaccie": it was a kind of Carnival celebration, whose earliest traces date back to 1256, during Pope Alexander IV pontificate. The games lasted took place until 1470, and they were very cruel. the participants enjoy it launching animals from the mountain, they used to sacrifice pigs, boars and bulls, lately killed by the "lusores". It was a hard fight, to compare the meat of the animals.
In the 17th century, the scenario completely changed. In 1670, two Roma people, Domenico Coppitelli and Pietro Ottini bought a big part of the area for commercial purposes. They created the "grottini" - spaces in the mountain - to host canteens and restaurants. The habit became common and so many more restaurants were inaugurated. Today, those "grottini" host restaurants - sometimes very elegant - where you can taste the typical food of the district. During the 20th century, especially during the Second World War, the area was set a defence point, that as . Walking on the hill you can see the still visible remains.
If you arrive to the top of Monte dei Cocci you will see a cross: it was the end of the Via Crucis, usually departing from a building you can’t see anymore, situated near the Bocca della Verità.