The Roman canzone has much older origins than anyone could expect. It actually developed in the Middle Ages, and since then, it has been reflecting and describing the customs, the mentality and the beliefs of the inhabitants of Rome and its surroundings. The vernacular canzone is rich in poetry, sarcasm and irony. Rome has always been a city particularly close to the Catholic religion, because it is the seat of the Pope and it is inhabited by a large group of nuns, friars and priests. Precisely for this reason, the close link between the traditional Roman canzone with faith, evident in many pieces written in the past decades, should not be surprising. But now let's try to make a journey inside this universe in itself, listing the salient features and the steps along more than an era.

Roman epic poets, from the Middle Ages to the late nineteenth century
One of the oldest pieces belonging to the Roman tradition dates back to the 12th century, and it is called "Er Pellegrino", dedicated to the several pilgrims who reached the capital, and the Vatican. In the eighteenth century, another piece with clear religious connotations, a duet between a nun and the mother prioress, entitled "La gallinella" was widespread. The Jubilee of the year 1500, on the other hand, was punctuated by the music of the Palestrina and by the texts of San Filippo Neri, later modified by many of the storytellers who have always crowded Rome. One of the greatest contradictions (but also peculiarities) of Roman folk song precisely is the presence of profane and sacred themes, with Mary and the saints on one side, wine and women on the other. There are also examples of canzone dealing with social and political issues, often satirical. All of that on the background of Rome, its monuments and its neighborhoods.
Among the most widespread musical forms, there undoubtedly is the "stornello", consisting of short strophes, with a quinary followed by two hendecasyllables rhyming with the previous one. Even the sonnet has always had a certain fortune, commonly known as "romanella", made up of a series of octaves. One of the events that made the popular canzone famous and official was the one occurred on June 23rd, 1891, in an inn located not far from Porta San Giovanni: they had the idea to create a competition at the end of which the most beautiful Roman dialect song would have been awarded. The event was a great success and the audience enthusiastically welcomed the song "Le streghe", sung by Leopoldo Fregoli. Other songs become famous later were "Affacciate Ciumaca" by Ilari and Feroci, "Quanto sei scema" by Cotogni and Persichetti, "La Lumacara" and Affacciate Nunziata" by Ilari and Guida. The event was a great success, so much so that the following years were repeated. The turnout of spectators forced the owners of the tavern to postpone the event to the next day and find a bigger place.
From then on, the San Giovanni Festival was born, reorganized in the first post-war period. Between the end of the nineteenth century and the beginning of the twentieth century, the Roman popular song became more and more famous and appreciated, acquiring even more joy, spirit and humour, thanks to the work of the many artists who approached it. One of the best known examples of this transformation was the work by the famous poet Gustavo Cacini, who became famous thanks to the headlines of the song "Il treno rosa" lately developed in "Faccetta nera" by Mario Ruccione, accused of plagiarism for having reused some of the rhymes of the song by Cacini. 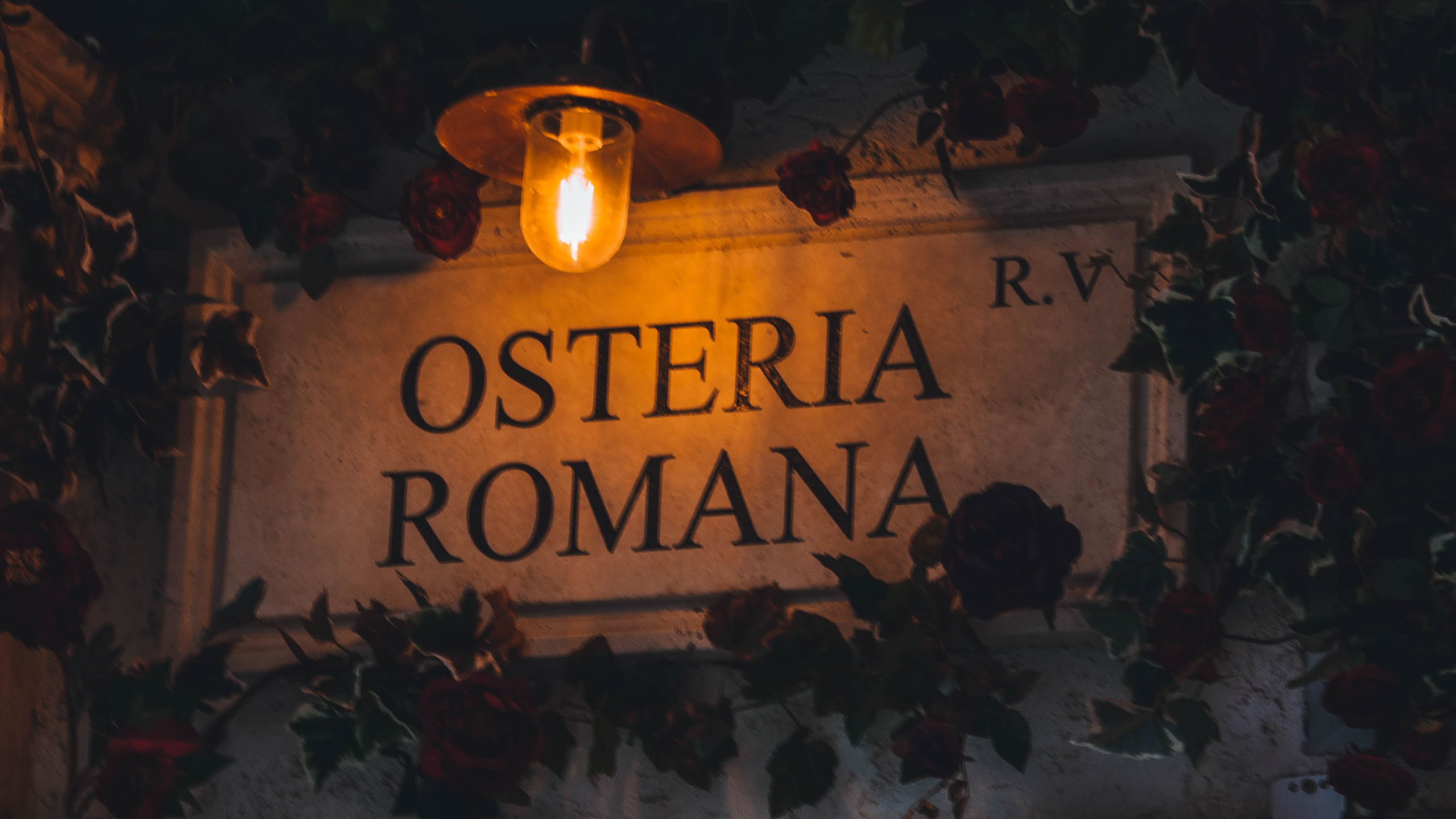 The twentieth century
At the beginning of the twentieth century, the popular song finally found its natural location: the tavern. Among rivers of alcohol and good food, the Roman poets created dozens of songs that later became famous, including the one entitled "La società dei magnaccioni", later reworked and turned into a great success by Gabriella Ferri. Love and women for years remained the favourite themes of the Roman starlings, with some exceptions such as current affairs and politics, always treated in an ironic tone. The songs "Li paini d'oggi" - kidding the trend of getting spruced up -, "È vietato de sputà" and "Tassametro d'amore", dedicated to the introduction of the taximeter, are unforgettable.
In the so-called "caffé-concerto", the so popular clubs at the beginning of the last century, the stanzas written by the legendary Sor Capanna, a cantor from Trastevere who risked jail several times because of the irreverence of his texts, began famous. Meanwhile, inside the Jovinelli theatre, many of the most famous poets of the time performed, including Gino Franzi, Carlo Buti, Gabrè, Petrolini and Reginella, authors of unforgettable songs like "Tanto pe 'cantà", "Gita a li castelli" and "La pizzicarola". In 1910, another Roman poet, Romolo Balzani, known as Romoletto, became famous as the author of some ballads including "Barcarolo Romano". The theatre, in this period very close to the popular song, produced characters such as Renato Rascel, Carlo Campanini and Aldo Fabrizi, the latter author of songs like "Volemose bene" and "Pupetta". The masterpiece "Chitarra Romana" by Di Lazzaro and Cherubini dates back to 1934.
And no less vibrant was the song How "Quanto sei bella Roma", acted by the great actress Anna Magnani. In the second post-war period, Radio Campidoglio gave a special contribution to the revival of the Roman popular song, considering characters like Miriam Boni, Claudio Villa, Giulia Jandolo and many other prominent performers exhibited in its studios. "Arrivederci Roma" is unforgettable, by Renato Rascel in 1955. Meanwhile, theaters committed themselves to relaunch the musical comedy, thanks to the work of artists such as Nino Manfredi, Lea Massari, Aldo Fabrizi, Toni Ucci and Lando Fiorini. Finally, other songwriters such as Antonello Venditti, author of songs such as "Roma Capoccia" and "Campo dei Fiori", Sergio Centi, awarded for his dialectal stanzas, Franco Califano, Lando Fiorini, Gabriella Ferri and Alvaro Amici, belong to our days.