Fun facts about Rome: the Capitoline Wolf, emblem of the Eternal City

When you think about Rome, imagination runs to one of the images that most often identifies the city: the Capitoline Wolf. However, few people know the history of this mythological figure and the importance it has always had for the capital and its inhabitants. For lovers of mythology, we offer a jump in the fantastic origins of the city.

The history of the Capitoline Wolf
The Capitoline Wolf is a bronze statue depicting the mythical animal connected to the birth of Rome, breastfeeding the twins Romulus and Remus. According to ancient mythology, Rhea Silvia, a beautiful vestal, was fertilised by Mars, the god of war. From this love, the twins Romulus and Remus - nephews of Numitor, king of Alba Longa - were born. His grandfather, however, was struggling with his brother who aspired to his throne and who succeeded taking it by force, exiling Numitore and trying to kill the two little babies: he ordered them to be thrown in a basket in the river Tiber. Protected, however, by the gods, the two children were saved because the basket got caught in the branches over the river at the foot of the Palatine Hill.
They were found by a she-wolf who saved them, feeding and protecting them until they were tracked down by pastor Faustolo who took care of them. The two great twins founded the city of Rome. The she-wolf, then, would be an accomplice to the birth of the capital, for millennia the mistress of the world, having saved and protected those who became its founders. From this legend the Capitoline Wolf became very important, and it is not only considered a symbol of the Eternal City but also a distinctive feature. Precisely for this reason, you can find its images in many areas of the city, almost like a Roman trademark.

Rediscovering the Capitoline Wolf in the city of Rome
It is not difficult to find images of the Capitoline Wolf in many of the city's monuments. The most famous representation certainly is the life-size bronze statue today in the Capitoline Museums, once housed in the Basilica of San Giovanni in Laterano. According to history, the statue was found on the Palatine Hill without twins. It was thanks to the intervention of two construction workers, Ogulnio Gallo and Fabio Pittore, that two statues representing the twins were modeled to complete the work. The bronze was purchased with the money the construction workers seized from the city usurers.
The statue with the twins found place near the gates of the Lateran where it was secured through heavy chains, for a long time, as a symbol of the city, even watching over public life occasions such as executions or elections and political meetings. In 1471,the she-wolf was moved first to the church of San Teodoro and then to the so-called Palazzo Nuovo which overlooks the splendid Piazza del Campidoglio, by order of Pope Sixtus IV. In this location, today known as the Capitoline Museums, there still is the she-wolf watching over the city of Rome and it is a symbol of the greatness of the Roman Empire in the world. Currently, the Capitoline Wolf is in the Sala della Lupa and it can be admired with many other famous works. 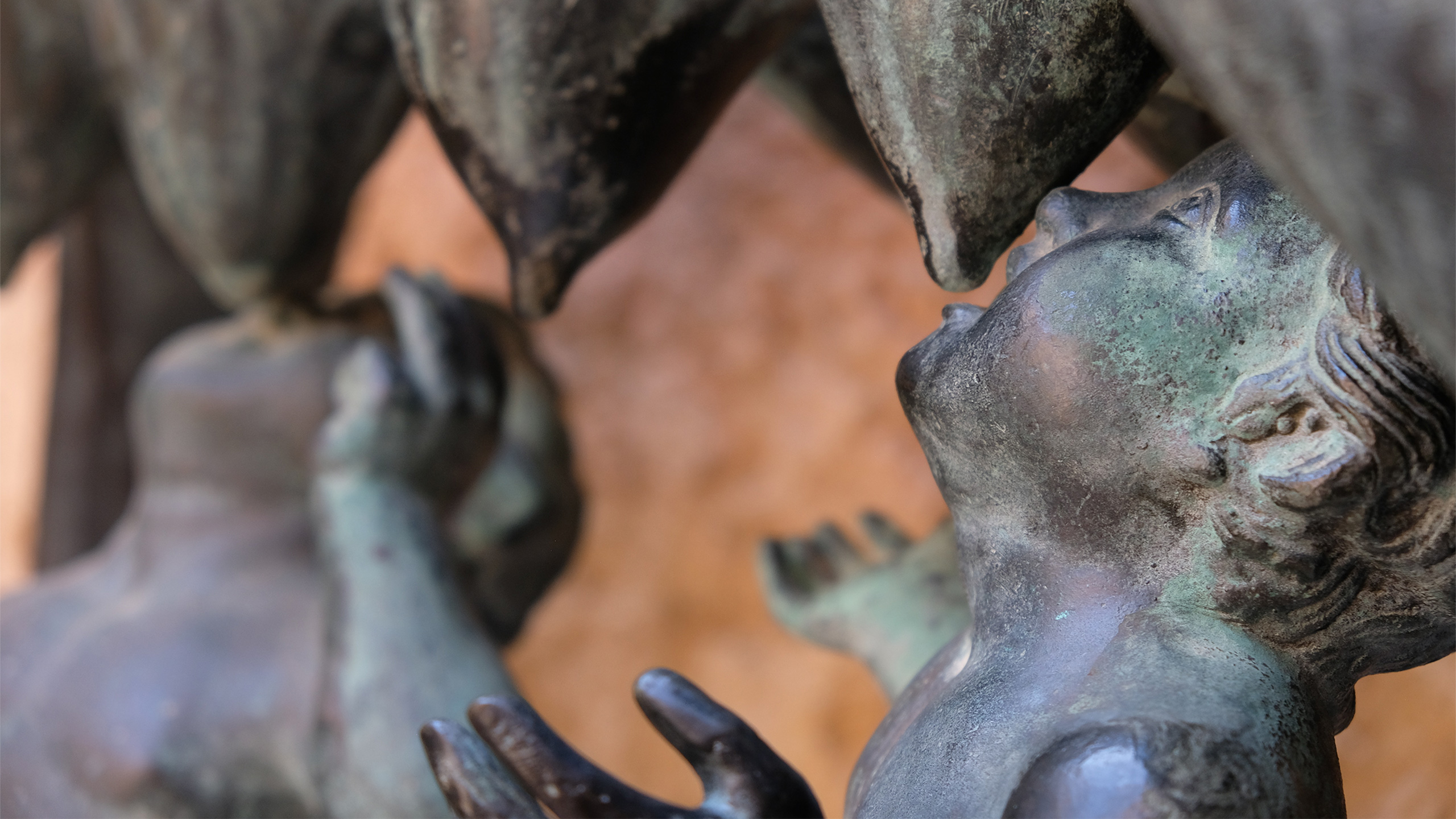 When was it made?
The date of realization of the statue of the Capitoline Wolf is very debatable: for centuries, the statue has been connected to the Etruscan era, between the 5th and 3rd centuries B.C. According to this, the statue was the work by the masters of the time, hypothesis confirmed by the analysis of other historical finds of those centuries. About just one element, however, all the experts agree: the statues of the twins were more recent and assembled at the she-wolf only later. This temporal hypothesis has been the official one for several centuries, up to nowadays. In recent years, carbon analysis has actually shown the realisation of the statue dates back to closer periods. The new date places the Lupa in medieval times, probably built on a cast made following the inspiration of ancient Etruscan works. The techniques used for casting bronze would actually be too complex to go back to the Etruscan era, but typical of the 13th century.
The statue of the Capitoline Wolf is very well preserved, apart from some small imperfections due to the age. Being the symbol of Rome, however, the sculpture of the Capitoline Museums certainly isn't the only effigy of the she-wolf in the city. Several findings demonstrated the she-wolf was also on the coins of the time.

What to see in additio to the she-wolf inside the Capitoline Museums
If you decide to admire the statue inside the Museums, you can take advantage of the opportunity for a visit of this museum, really offering lots of surprises. The Capitoline Museums consist of two distinct blocks: Palazzo Nuovo, where the Wolf is located, and Palazzo dei Conservatori, where many other works can be admired. One of the most famous finds in the museum is the statue of Marcus Aurelius on horseback, another symbol of Rome. It is a marble statue of an impressive size, as well as the amazing features with which the Roman emperor is depicted.
The permanent collection housed in the Capitoline Museums is composed of a mix of sculptures and paintings. Among the most famous paintings there is a famous medieval work known as the portrait of Carlo d'Angiò, attributed to the painter Arnolfo di Cambio. However, the museum's art gallery also houses a valuable painting by Caravaggio, that "St John the Baptist" which fascinates and worries millions of visitors every year. The Roman section where you can find numerous finds from the ancient era is very rich. Among them, there are the statues representing a giant foot but also low-reliefs of all sizes and the statue of goddess Rome. The Sala degli Orazi e dei Curiazi deserves a peculiar mention for its beautiful wall frescoes.