Joining the Roman Republican atmosphere is not easy for a contemporary visitor. There are very strong signs of the several cultures that have settled there. To enjoy the few remains of this historical era, trying to catch the austere and pragmatic soul, the passenger has to study a little bit.

Guided tour: the Foro Boario
With the establishment of the Republican regime - traditionally considered between the 509 B.C and the Augustan age - and with the expansion of the City-State, the Roman people intensified their attention to civil and public works. These required greater investments: bridges, aqueducts, forums, and everything needed for collective use. There are few archaeological remains the visitor can easily discover, even if immersed in the Republican atmosphere.
Originally built outside the city walls, on the banks of the Tiber, near the port Tiberinus, the Foro Boario was the ancient emporium and cattle market. This site - you can still visit nowadays - hosts the remains of the Temple of Hercules Victor, dating back to 120 B.C., the oldest Roman building made of marble. In front of it, there was the Ara Massima di Ercole, a shrine erected to protect traders, today no longer visible.
The remains of this and other buildings built afterwards, in the early Middle Ages, the Basilica of Santa Maria in Cosmedin was built; in its pronaos there is the famous Bocca della verità: a marble, manhole referable to the sewage system of the fourth century B.C. Maybe, there will not be Audrey Hepburn or Gregory Peck next to you, but getting close to the Bocca della Verità will be like a jump in the Rome of 50s. Jump, but come back soon, please, because there are other fun facts waiting for you in the Foro Boario. In 264 B.C., during the funeral games of Decimo Giunio Bruto Pera, the fights between gladiators were introduced in Rome for the first time. If the truculence is not unpleasant, the topic opens up to a series of additional interesting information you can find on a good book or on the web.

Costume & society: the Lex Oppia
The Republican age was an era of great changes: at this time, the great Roman conquests in the Mediterranean and Europe took place, leading to the crisis of the traditional form of Government of the City-State. During the 2nd and 1st century B.C, the values of the Roman people slowly changed, causing a division between public and private life, making a new cultural dimension. The comparison with the Hellenistic culture was determining: the ancient Roman values based on the state, the clan and the family left space, - at least in the private sphere - , left space to the art and wealth of the Greek culture. The process caused tensions and conflicts: part of the senatorial aristocracy perceived the danger the spread of the Greek art was for the social and cultural Roman system.
So, this is the context within which the revolt of the Roman matrons took place, against the Lex Oppia, one of the most unpleasant laws of the Republican Rome. The law was approved after the defeat at Cannae in 216 B.C., and it consisted in taxing the female heritage to recharge the public treasury. Women were prevented to show their wealth, limiting the amount of gold they could own, legislating on the clothing and means of transport they could use. After Scipio's victory in Zama, in 202 B.C., the Roman women decided to fight the law that had no longer reason to exist. Cato was their censor - at the time he was a consul. They assaulted the Senate and the houses of the senators, public square manifestations took place and delegations of matrons were sent to protest against consuls and tribunes. It was a political pressure, one of the first claims by the women, breaking to the abrogation of the law., in 195 B.C. 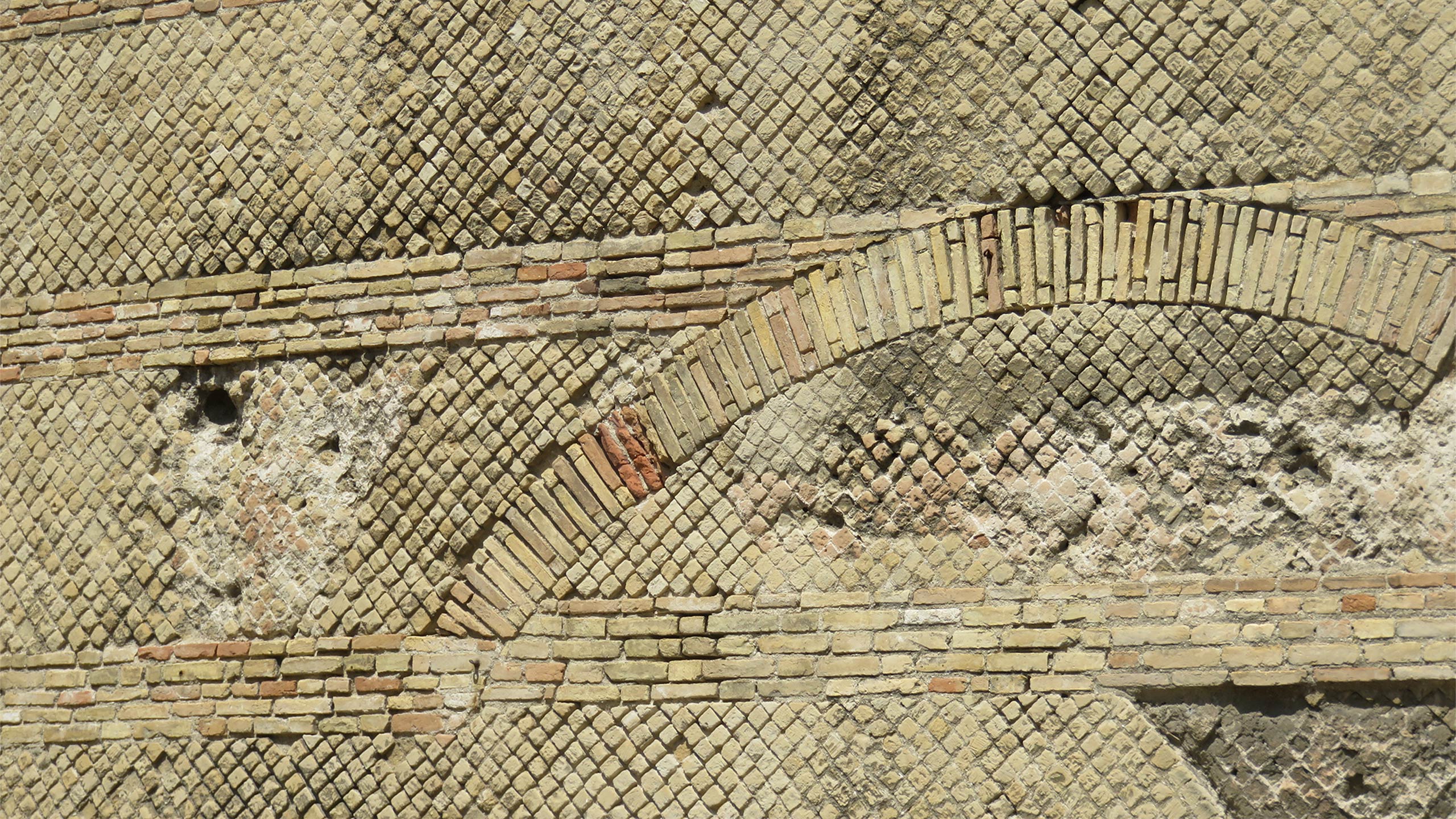 The art of building: the concrete
If it is true the distinction between a properly Roman art and other Latium towns is very hard to be done, at least considering the period until the 2nd century B.C. , but we can't say the same concerning architecture. In the Republican Rome, the reduction of investments in the religious spheres, together with the mistrust of the private system, were balanced by the constant experimentation of building techniques, applied to an original and systematic use of the arch and the vault.
By the invention and the elaboration of the various buildings, the Republican age gave us great still visible infrastructures. The secret of the Roman wall consisted in its nucleus: it was the supporting element of the entire wall system. Called “concrete”, the nucleus was covered by an external surface and it was employed at the end of the 3rd century B.C.
The materials stirred to make concrete are well-known: lime, pozzolana sand, remains and water; but the attention of the scientific investigation was caught by the exact proportions of these materials used. In particular, the interest of the investigators has recently been concentrated on harbour infrastructures, extremely resistant and based on a mix of materials - volcanic ash, lime and lumps of volcanic rocks - able to become more and more durable by the time, despite of the interaction with water.
The most interesting thing is that this skill - by the formation of a mineral called “aluminous tobermorite” – was not a casual result, but knowingly pursued by Roman manufacturers, obtained by an experimentation Pliny the Elder already knew. Our bridges, instead, usually miserably collapse: there is so much you can discover in the universe of the Roman Republic.