There are places able to give their visitors special emotions; Rome actually is a multifaceted city with many faces, able to contain several aspects that make it a one-of-a-kind and original destination. In Rome, there are spaces able to contain an enormous repertoire of Italian beauty; there are places that can actually be rich in architectural beauties, magnificent works of art, neural centres of power and where to find the best expression of luxury and opulence. The Roman Trident is the most symbolic prototype of all this; it is the perfect synthesis of the capital beauty.

The Roman Trident
The expression "Tridente Romano" is used to identify a an area of the historical centre of Rome, with an apex in the famous Piazza del Popolo, from where three wide rectilinear streets depart, toward the south, giving the visual idea of weapon with three tips. The Roman Trident - result of an urban restoration completed between 1400 and 1600 - contains a wide portion of a worthy Roman historical area, famous for its artistic treasures.
The first street towards the south, from Piazza del Popolo is Via della Ripetta, the western border of the Trident; it is an historical and ancient street, already there at the time of the Roman people - it shows their ways -, and it is situated in the Rione Campo Marzio, a few steps from the Tiber; it preserves the authentic fascination of a very traditional Rome. The second way from Piazza del Popolo leads Piazza Venezia, by a straightforward line one kilometre and a half long: Via del Corso. It is situated on the ancient route of the Via Flaminia: in the fifteenth century, it was the scene of Carnival and horse races, events particularly loved by the Romans, stopped at the end of 1800.
Via del Corso is known for its beautiful noble residences and beautiful palaces: place of culture and meeting point, it is full of magnificent restaurants where to experience the Roman gastronomic tradition. The third arm of the Trident is the elegant Via del Babuino: from Piazza del Popolo, it leads to the magnificent Piazza di Spagna to then climb towards the Basilica of Santa Maria Maggiore. The curious name derives from the Roman irony and it refers to the statue of a Silenus guarding a fountain erected in 1571; the guardian's ugliness was so great he was named "er babuino", name then given to the street, too. Despite the peculiar name, Via del Babuino is a symbol of elegance and luxury, a place of social life and a meeting point for artists, in the evocative and marvellous setting of Piazza di Spagna and the hidden Via Margutta, a true art melting pot, born as a back-shop of the stores in Via del Babuino. 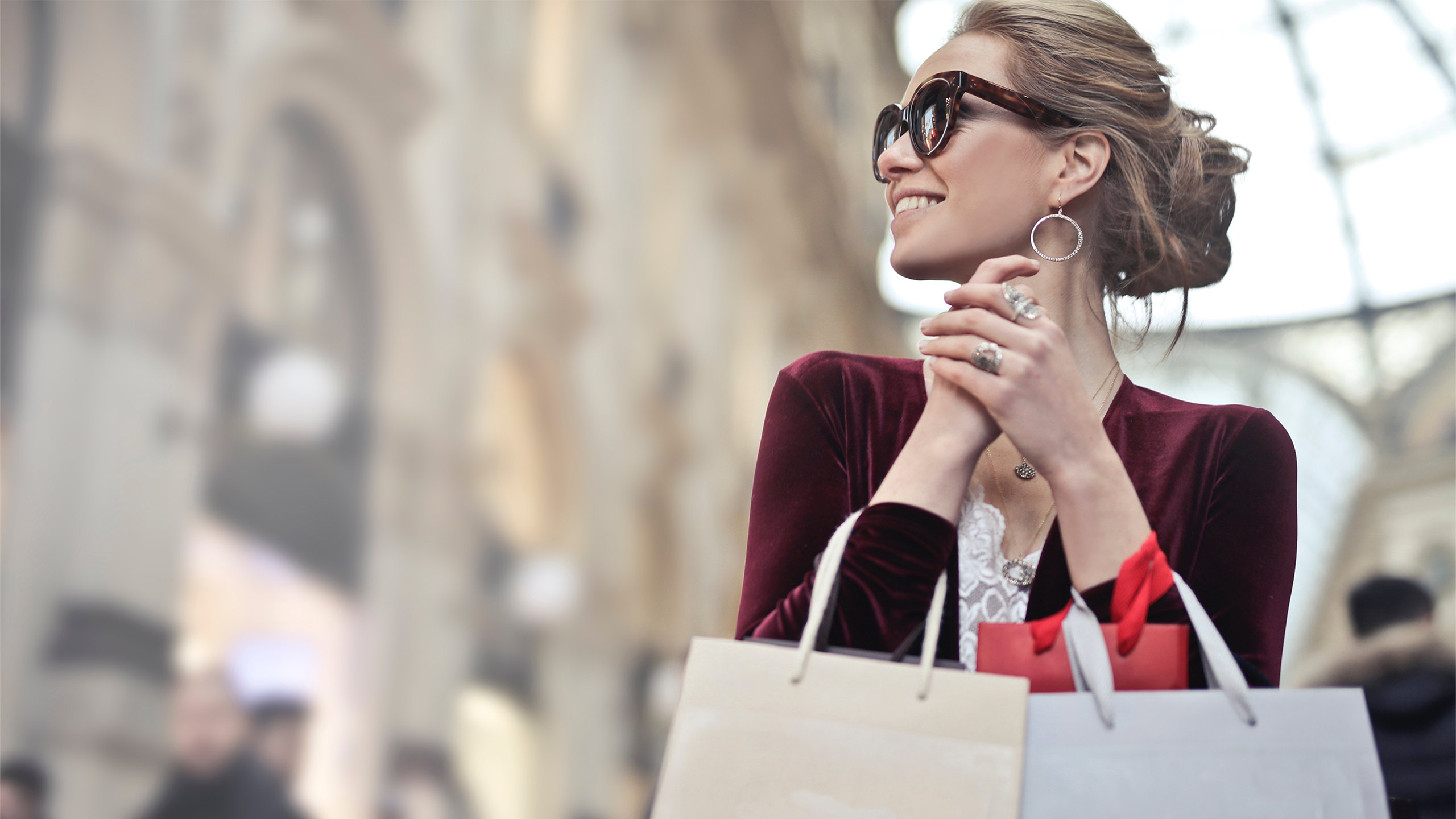 Piazza del Popolo
Piazza del Popolo in Rome is an absolute prestigious and historically important treasure. Closed on one side by the Porta del Popolo, and on the other one by the stairs up to the Pincio, it owes its curious name to a Roman legend. It seems the ashes of Emperor Nero were buried at the feet of a walnut tree near the entrance, and for this reason, evil spirits and witches used to wander around there. To eradicate the phenomenon, in 1100, the Pope ordered the demolition of the tree and the built of a church dedicated to the Holy Mary: the Roman people played a very important role in the construction. Piazza del Popolo is striking for its magnificent obelisk and the two twin churches that should have been perfectly symmetrical, but the space available for the Church of Santa Maria in Montesanto was less, so the architects had to invent an optical stratagem for the two domes, so that it is almost impossible to find the differences.
The real gem is the Basilica of Santa Maria del Popolo, also hosting two splendid canvases by Caravaggio, giving it an extra value. Piazza del Popolo is a neural centre for the Roman culture: site of numerous events, it was also a privileged stage during some movies shoots.

Via del Babuino
Leaving the luminous Piazza del Popolo behind us, it is necessary to walk about 500 meters to finally reach the splendid Piazza di Spagna, the true undisputed queen of the area. We have already mentioned the reason of the funny name of the street you have to walk along, but it initially had two different denominations. The first part was called Via dell'Orto di Napoli - due to the presence of a Neapolitan colony -, the second, however, was called Via del Cavalletto, a place once appointed to execute papal tortures.
Today, Via del Babuino is a paradise of luxury and shopping, where you can find shops of the most prestigious brands of clothing, footwear, accessories and jewellery. In an ideal triangle between Via del Babuino and Via del Corso, there is a vast selection of famous brand boutiques that will satisfy even the most demanding exigencies. For those not interested in shopping, the tour to Piazza di Spagna is worth of the trip itself. In the spring, when the azaleas decorate the stairs giving peculiar elegance to the places and the soft ochre palaces around it, the uncontested fascination of the place will evoke one-of-a-king emotions.

Via del Corso
In addition to be a shopping street itself, thanks to the presence of shops for all the budgets, Via del Corso is also a combination of art, politics and culture. Beautiful noble palaces adorn the street, such as Palazzo Bonaparte and Palazzo Salviati: the new Galleria Alberto Sordi full of shops is wonderful. Perhaps less fashionable than the famous Via Condotti, Via del Corso anyway offers a pleasant walk till the scenic Piazza Venezia.

Via Ripetta
It is the less trendy side of the Roman Trident, where you can still meet the Roman tradition and culture. For those who love the truest contact with Roman times, it is a place not to be missed.