Fun facts about Rome: the ancient and lasting bond between cats and the Eternal City

Rome. The capital. The Eternal City. The magic one. All perfect and famous names for the emblematic city of Italy in the world, but have you ever heard that, hidden among the ruins and in every corner of the centre, there is a so-called "Roma gattara"?

A millennial history of cats
It is not a joke and it could certainly be a piece of news that can make you smile, especially if you are an animal lover: Rome has always been, since the time of Emperor Augustus, a "safe harbour" for felines. Excluding the sad period of the Middle Ages, when the Church tried to associate cats to devil, until excommunicating them, Rome has always hosted many colonies of cats and it still hosts about 400 of them today.
For those wishing a small review of history, cats were already present in military effigies during the Roman Empire and were worshiped in Egypt as sacred animals. Precisely, this Egyptian "sacredness" could have inspired various Roman emperors - especially Julius Caesar - to consider cats as special animals. After all, for a long time Rome and Egypt had long lasting relations, as the latter had become part of the Roman Empire after 30 BC, until 641 AD.
A history that certainly intertwines not only with the loves of Caesar and Cleopatra, but that - just like the religious influences of Greece on the Roman pantheon - could have led to the inclusion, by our ancestors, a peculiar consideration of the feline race in the Empire.

The situation today
There are some very peculiar places where these colonies, even very large ones, gave the place something more, so to make even tourists curious to visit those specific places where the colonies of cats live in the ancient ruins, as for the Sacred Area of the Torre Argentina, renamed "the cats' sanctuary". Not exactly a random name: the area, discovered during the late 1920s, was immediately populated by furry four-legged animals and the so-called "gattari" (those who take care of stray cats) began to take care of the feline families.
Today, in 2019, various associations deal with food, water, health and sterilization of the specimens in the area. It is not uncommon tourists get fascinated or intrigued by soft little pumpkins on a ruin of the ancient Rome and it is undoubted cats have brought an extra charm to some Roman sites, able to give a new sense of "life" to the architectural evidences of antiquity, usually lacking, for obvious reasons, in archaeological sites. 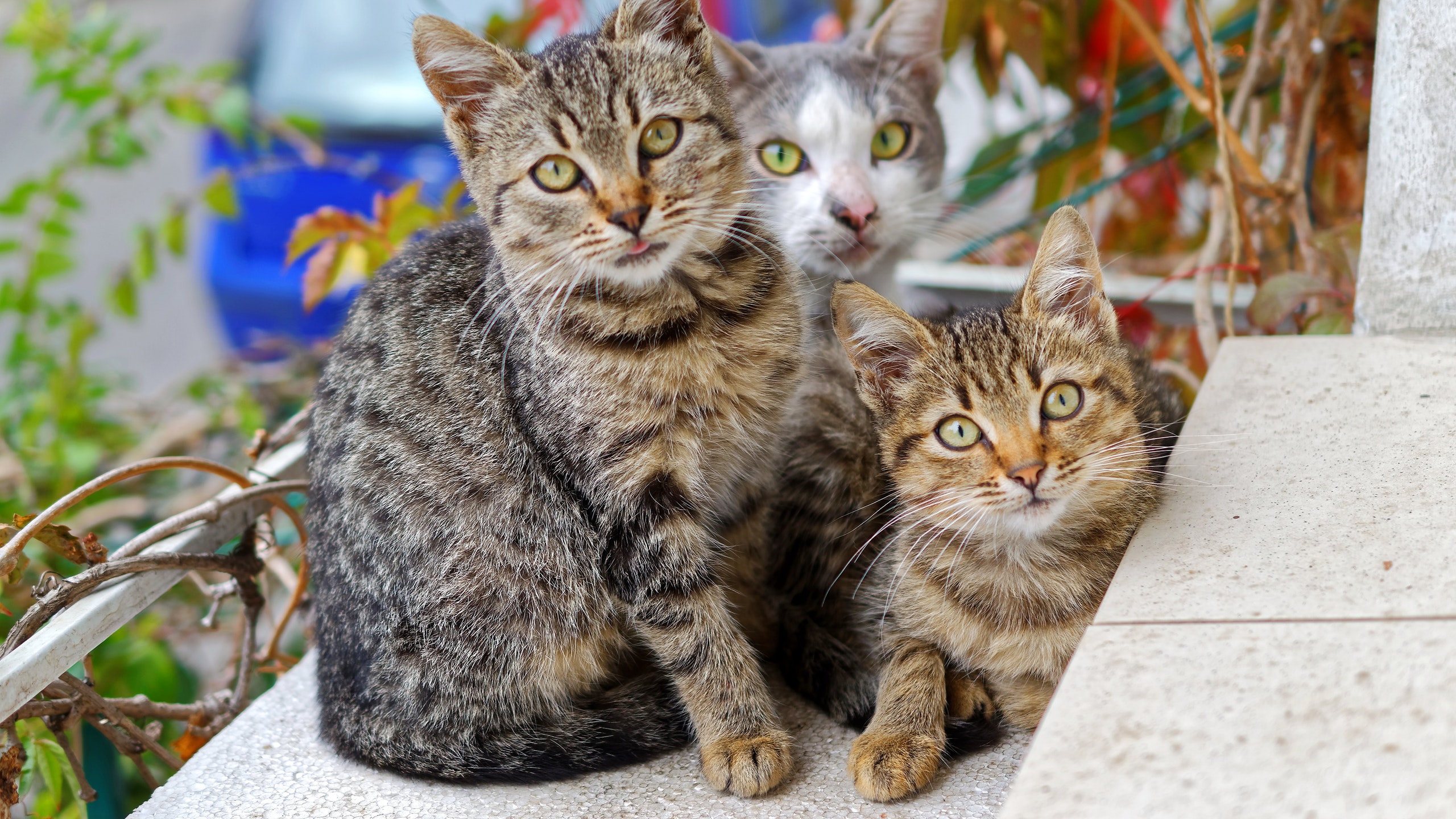 Guided tours and esoteric ties
Precisely because of the vaunted stories about cats and their apparent connections with the world of the esoteric, the mystic and the various visions of sly felines, the above mentioned associations plan guided tours, accompanying interested people in the main places where the colonies are numerous and suggestive; they have also been protagonists of some television programs in the past.
Such a peculiar and so "scenic" peculiarity cannot hide the fact Romans actually like this story, so much that they even gave animals name to some streets, such as "Via della Gatta" which is usually the starting point for many tours.
As if this were not enough, in addition to the already famous Sanctuary of the Cats, it is also very demonstrated Romans know very well where they can find other famous places with four-legged animals.
Especially in the last 100 years, many famous people has created a personal relation with those places and the cats, It is actually said Anna Magnini, for example, used to go to to feed the cats and take care of them, when she was not busy.

So peculiar to inspire Disney
Some may also remember that, within the movie "The Aristocats", by Walt Disney, one of the characters was Romeo, as he said "er mejo der Colosseo" ("the best one of the Colosseum"). It was not a coincidence: the cat said he had lived next to the Colosseum and had to learn to survive even in the most difficult conditions.
Romeo actually is nothing but a tribute to this peculiar connection between the Eternal City and cats. A so special and famous detail, to be shown in a film from far away, by some "gattaro", probably excited by seeing so much city empathy with felines. A relation recognized by the government of the city too: a campaign of deratting took place in the city, during which the cats were recognized as "official helpers" and were fed and looked after by the support of the city government, because of the service they performed.

The role of the "gattari"
"Gattaro" or "Gattara". Words used by many people, but a few people think about the Roman people taking care of cats. For those unable to understand a so deep love for animals, a person like them may appear as "strange", or even "harmful", as it is often thought that feeding cats is the only one activity these people have in their lives. We usually expect these people to be sad, even reckless, so obviously because the increase of the feline population causes the increase of poor homeless cats everywhere, with consequent several discomforts.
The "gattari", on the other hand, are nothing more than animal lovers, often organized in associations, controlling felines are healthy, do not put themselves in dangerous conditions, and cannot overpopulate the spaces. Perhaps, this mystic atmosphere connected with cats over the centuries and the people who actively acted for this common aim made the Italian capital connected to the simble of the cat, protagonist of many statues, paintings and historical remains.

In conclusion
If you are planning a tour of the Roman Forum, or simply a stay in the Italian capital, it could be a surprising activity to discover this connection between cats and Rome, going to explore the places above mentioned and giving you, as it is now the goal of any holiday, the chance to take memorable pictures and fun memories along with your favourite cats.