Fun facts about Rome: the deep bond between Giorgio De Chirico and the Eternal City

De Chirico: maturity and the Roman period
Shortly before his death, the father of metaphysical painting was celebrated at the Campidoglio. His tomb is still located in one of the chapels of the Church of San Francesco a Ripa, in the Trastevere district, in Piazza San Francesco d'Assisi. Three of his works are exhibited there: they were donated by Isabella Pakszwer, better known as Isabella Far, his second wife: the Fall of Christ, the Veiled Woman (very similar to his wife) and a self-portrait. The Roman period concerns the artistic maturity of Giorgio De Chirico, after having taken part to the Venice Biennale on two occasions and to the Rome Quadrennial in 1935; from 1936 to 1937, he lived in New York, but the city that remained in his heart was Rome, whose love he declared on several occasions. He settled in Rome in 1944 and he lived in his home in Piazza di Spagna since 1948, after wandering all over Europe and United States.
Today, his home is a museum, located in the cultural centre of the city. This position has been considered so strategic since the seventeenth century, an artistic-cultural pivot crossed by galleries, located near Trinità dei Monti, Villa Medici, the Caffè Greco in Via Condotti and the ateliers of Via del Babuino and Via Margutta: the centre of the centre of world, as he said. This position represented the ideal place for the mature painter, where to settle and continue to continuously work, immersed in the historical art of Roman culture.

The House - De Chirico Museum in Rome
Today, the home of De Chirico in Rome is open to the public, thanks to his wife Isabella Far who left the home of the Master of Painting Metaphysical available for the visitors. The museum was inaugurated on November 20th, in 1998, on the twentieth anniversary of the artist's death, a real opportunity for curious tourists, lovers of art and painting, to look out on a glimpse of Giorgio's daily life.
You can immerse yourself in the original and suggestive imagery of his private life, a suggestive mix of life and art, furnishings and authentic environments from the 50s - 60s style, where some of his works were created. The restoration was carried out with philological rigor (where possible), showing the most important historical evidences, such as pictures, pieces of furniture and objects of the painter.
Starting the tour, you will notice the details that will give you the impression the Master of Pictorial Metaphysics could suddenly enter the house. His favorite liqueur on the trolley is a bottle with a melancholy look seems to be still waiting for him. One of the first colour televisions in front of the armchair and its worn pillow, tired but still able to give the amazing beauty of its vintage soul. The silverware in the dining room, the bed that seems to have just been made, every single object has a story to tell, a day or a moment the painter spent in that house. 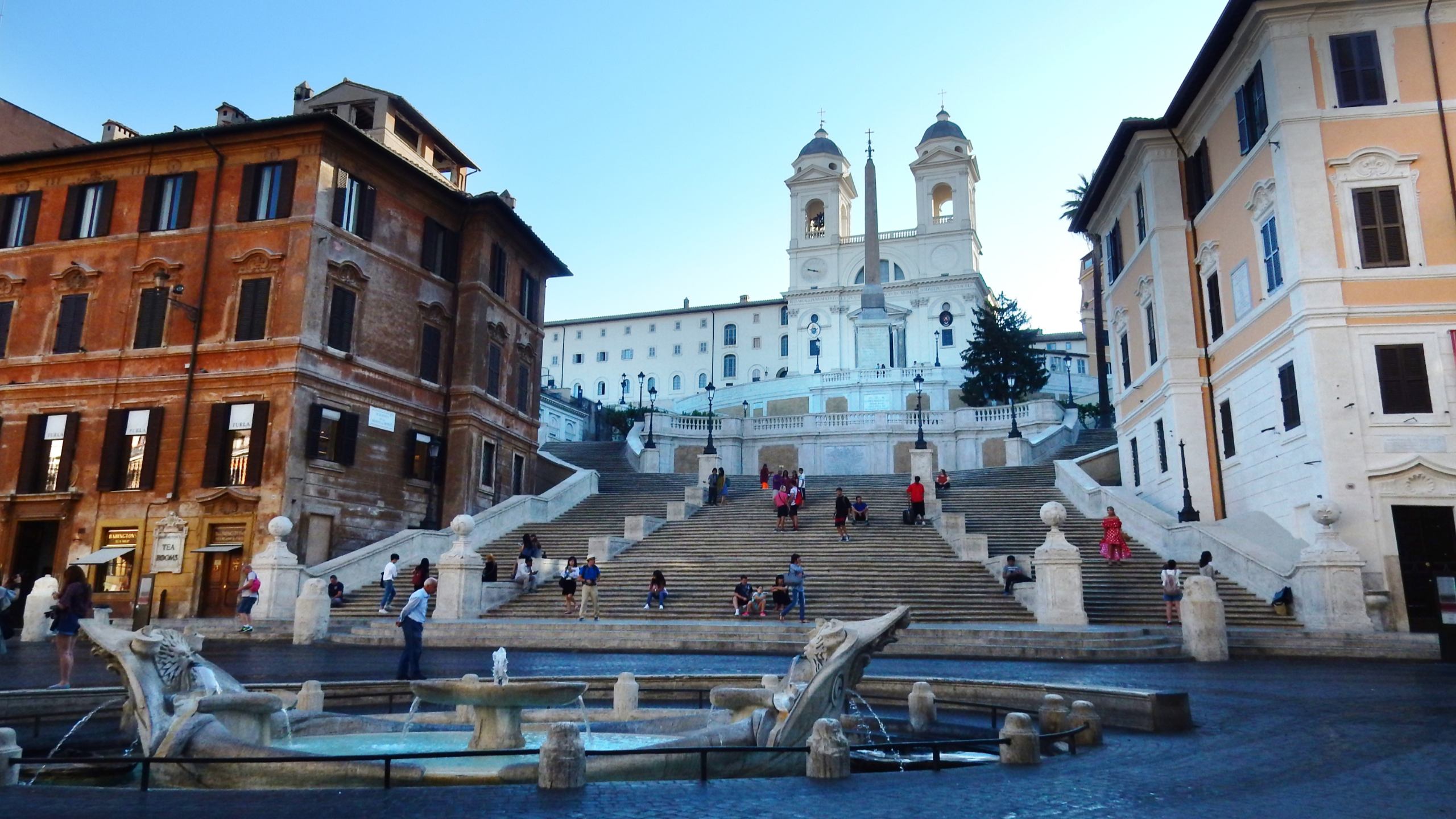 The small temple where magic took place
When you finally enter the heart of the house, the studio will be your Holy Grail, a small temple in the great one, the mystical place where magic took place. The colours rest on the palette, the gown nestles on a chair, a large unfinished canvas wearing its talismans dominates the room, a red and slender stroke, reminiscent of Giorgio's latest creative effort. Looking out, you can admire the breathtaking view of Piazza di Spagna and the Barcaccia fountain. Apart from some changes made by his wife, this certainly is the most suggestive and emotion-filled room, filtering from the large skylight to the several instruments of his job, including frames, brushes, colors, laid casually waiting for a new use by the painter. There also are several statues and models, horses and gladiators guarding the books of De Chirico's personal library. On the top floor of the house-museum, a large terrace is the last show to admire the splendid panorama between Rome and its green nature.

Superstition, art and life
A constant in the painter's life, together with his art, is certainly his superstitious rites. As you may have noticed, in his study there are talismans behind his work-ready canvas, and taking a closer look, you will also notice horseshoes with apotropaic powers. It is said the master never left the house without his chain of good luck amulets and talismans tied to his trousers, a real anti-misfortune weapon, fully shared also by his wife Isabella. You will be able to see a good luck amulet and also in the rest of the house there are talismans and objects to ward off evil influences.

The deep bond between De Chirico and Rome
Giorgio was very close to the city of Rome and to this house where he lived for almost 30 years, the last of his life. He arrived in the Eternal City after having lived in 21 different places, towns and cities far away. He was born in Greece, he lived in Genoa, Florence, Munich, Paris, New York and many other places, but Rome has always had a special place in his heart. This is a unique opportunity to closely experience a private environment of the last years of life of one of the greatest artists of the twentieth century, discovering his bond with the city where he is buried and getting amazed by the peculiarity of his home, able to show his way of living life, art and Rome.