Nine out of ten tourists visiting Rome for the first time are so concentrated on the most prestigious works to often neglect the buildings of more recent realization, belonging to the architecture of the 20th and 21st centuries. However, the 90% of tourists return to the Eternal City a second, third, fourth time, because they are fascinated by the charm of the capital and eager to discover something more.
A plausible idea for an alternative holiday is to organize a tour to discover contemporary architecture in Rome. From this point of view, the attractions are certainly not lacking. Especially over the last few years, the capital has been enriched by numerous modern buildings, with nothing to envy to similar buildings in other Italian cities or European and non-European capitals. Here you are the most important works of contemporary architecture you can visit during your next stay in the city of Rome. Among them there are museums, bridges and a work that always leaving people speechless.

MAXXI
The MAXXI is more recent than the Auditorium Parco della Musica, inaugurated about ten years ago (2010, editor's note). Despite what you might believe, the MAXXI is the acronym of XXI Century Art Museum (the last three letters of MAXXI therefore correspond to the Roman number). Its full name is the National Museum of XXI Century Arts. Every year, numerous exhibitions take place there, where contemporary art is exalted. Work began in 1999, shortly after the victory achieved by the Anglo-Iraqi architect Zaha Hadid, who died in 2016 at the age of 66. The MAXXI Foundation of the Ministry of Cultural Heritage and Activities manages the entire museum complex, which consists of the MAXXI art and MAXXI architecture section. The exact address of the building is Via Guido Reni, just over 10 minutes walk from the Auditorium Parco della Musica. Both buildings are situated in the Flaminio district.

MACRO
Art lovers have the opportunity to visit numerous famous national museums and galleries in Rome, such as the Vatican Museums and the Borghese Gallery. Who loves contemporary art, the benchmark in the Eternal City is the MACRO, the Museum of Contemporary Art in Rome. The building is everywhere at once, since it is simultaneously in Via Nizza and Piazza Orazio Giustiniani. One of the most famous architects who contributed to the final result is the French Odile Decq, who made the new museum pavilions from a former brewery. The MACRO inauguration dates back to 2002. All over the year, the museum hosts numerous prestigious international artist exhibitions, where some of the worldwide most famous works of art are exhibited. Via Nizza is located behind Villa Albani, about a 15-minute walk from Galleria Borghese.

The Roma Convention center
In the futuristic Fuskas building there is the brand new Roma Convention Center, located in the EUR district, reachable from the centre by underground B towards Laurentina - get off at the EUR Palasport stop. It can host up to 2,000 people. In a specific period of the year - last time in December, from 8th to 11th -, the Roma Convention Center is exceptionally open to the public for a limited series of days, in order to allow even the simple tourists to be able to admire the futuristic structure in it. To be completed, Fuskas' work has been under work for about ten years. Today, however, the building can boast the prestigious Best Building Site award assigned to it by the Royal Institute of British Architects based in the city of London. In total, the area reaches 55,000 square metres. The inauguration is recent: October 29th 2016, whereas the works had begun at the beginning of 2008. 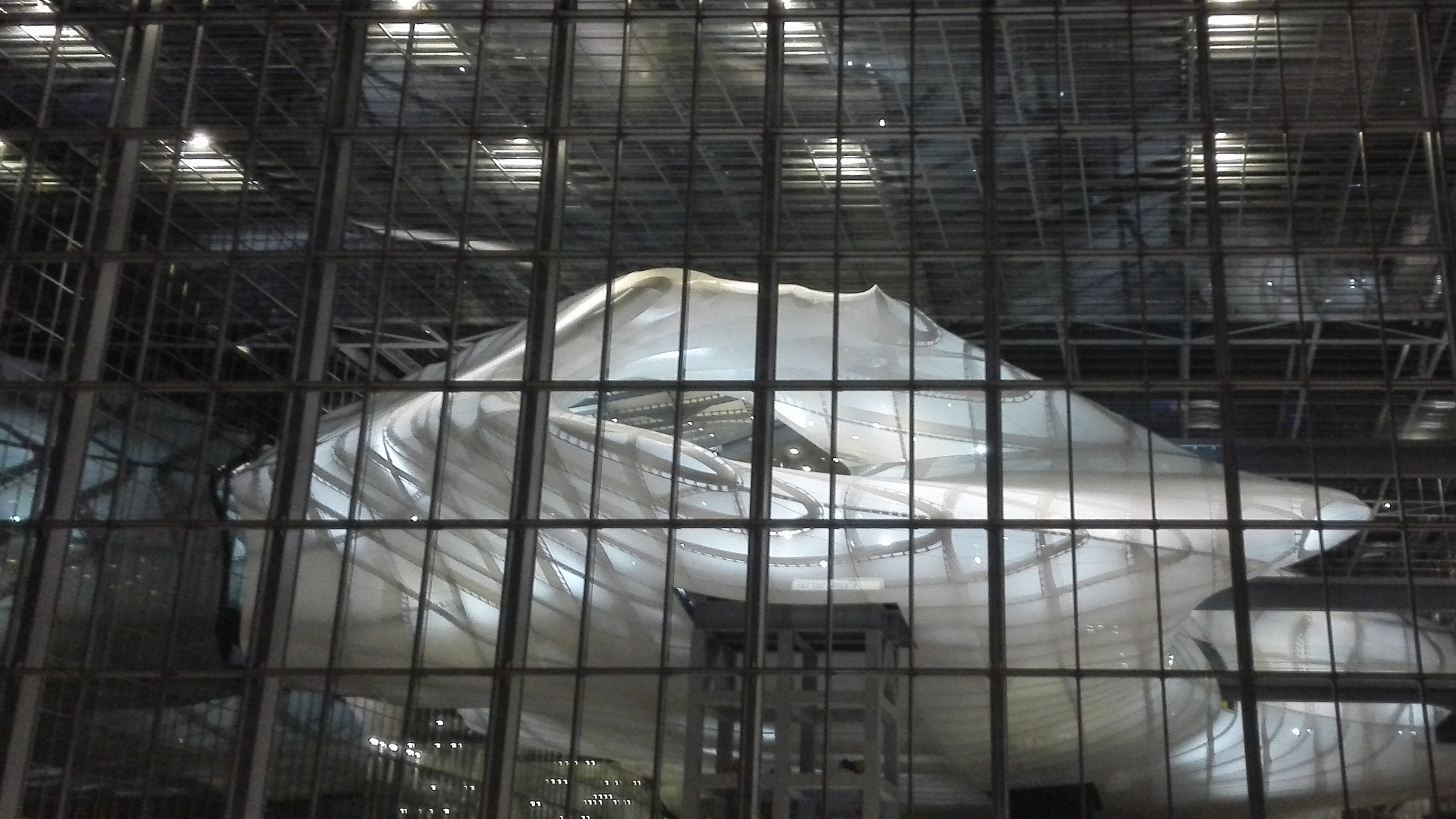 Ponte Settimia Spizzichino
The virtual tour to discover the most fascinating contemporary architecture works of the city of Rome ends on the Settimia Spizzichino Bridge, a construction based on the project by the architect Francesco Del Tosto. Works began in 2009 and finished after 36 months. Its inauguration dates back to 2012. Francesco Del Tosto has not hidden he was inspired by the Ponte de la Barqueta in the city of Seville. The bridge also has a strategic importance for the Ostiense district, since it represents the natural link with Garbatella district. The bridge measures a total of 160 metres and it is 25.4 metres wide. Those who wish can also visit it on foot, in order to see and catch the spectacular structure of the DNA shape, the typical feature that best represents the Settimia Spizzichino bridge. Another similar architectural attraction near the bridge is the Gazometro, the symbol of Ostiense district and the subject of numerous hypotheses of redevelopment and reuse, in recent years.