Holidays in Rome: walking around Testaccio district, one of the most authentic neighbourhoods in the historical centre

Loved by the scholar Pier Paolo Pasolini and by the Turkish director Ferzan Özpetek, Testaccio district, located in the south-west area of the Eternal City, is a real open-air museum: experiencing it means to immerse yourself in a world of history made up of different ages. Ranginging from the Emporium, dating back to Imperial Rome, whose remains were discovered for the first time when the banks of the Tiber river were built, to the buildings built in the Fascist period, up to the numerous finds of industrial archaeology.
Not only archaeology, Testaccio is also a gay friendly neighbourhood, and it is also the district of the Roman nightlife par excellence. From Termini, it is possible to reach Testaccio by taking underground B, then getting off at Piramide stop.

Testaccio: a neighbourhood with a name celebrating... the pieces!
Its name evokes a strong archaeological image: that of potsherd. The name Testaccio actually derives from the so-called Monte dei Cocci where it is located, more precisely from the term "Testaceus". To enjoy this enchanting corner of Rome, you should have a nice walk there or you can decide for a museum tour. In any case, whatever the path you will choose, a stop at the wonderful local market can't miss. If it is actually true that visiting some spaces of everyday life is a must to better discover a city, it is equally true the market is fully included in the list of everyday-life places, as an area particularly representative of the most authentic Roman truthfulness. Thanks to the commercial history of the neighbourhood, even today the true soul of Testaccio actually is shown in the rich market, daily destination of Roman citizens and most curious travellers. You can also taste delicious street food. The market is closed on Sundays.
Between past history, archaeological finds of great importance and a lively and sparkling nightlife, Testaccio does not lack even good food, the one best representing the culinary tradition of the Capitoline city, where it is always possible to refresh yourself tasting typical delicacies. A stop at the historical Checchino dal 1887 restaurant is strongly recommended. 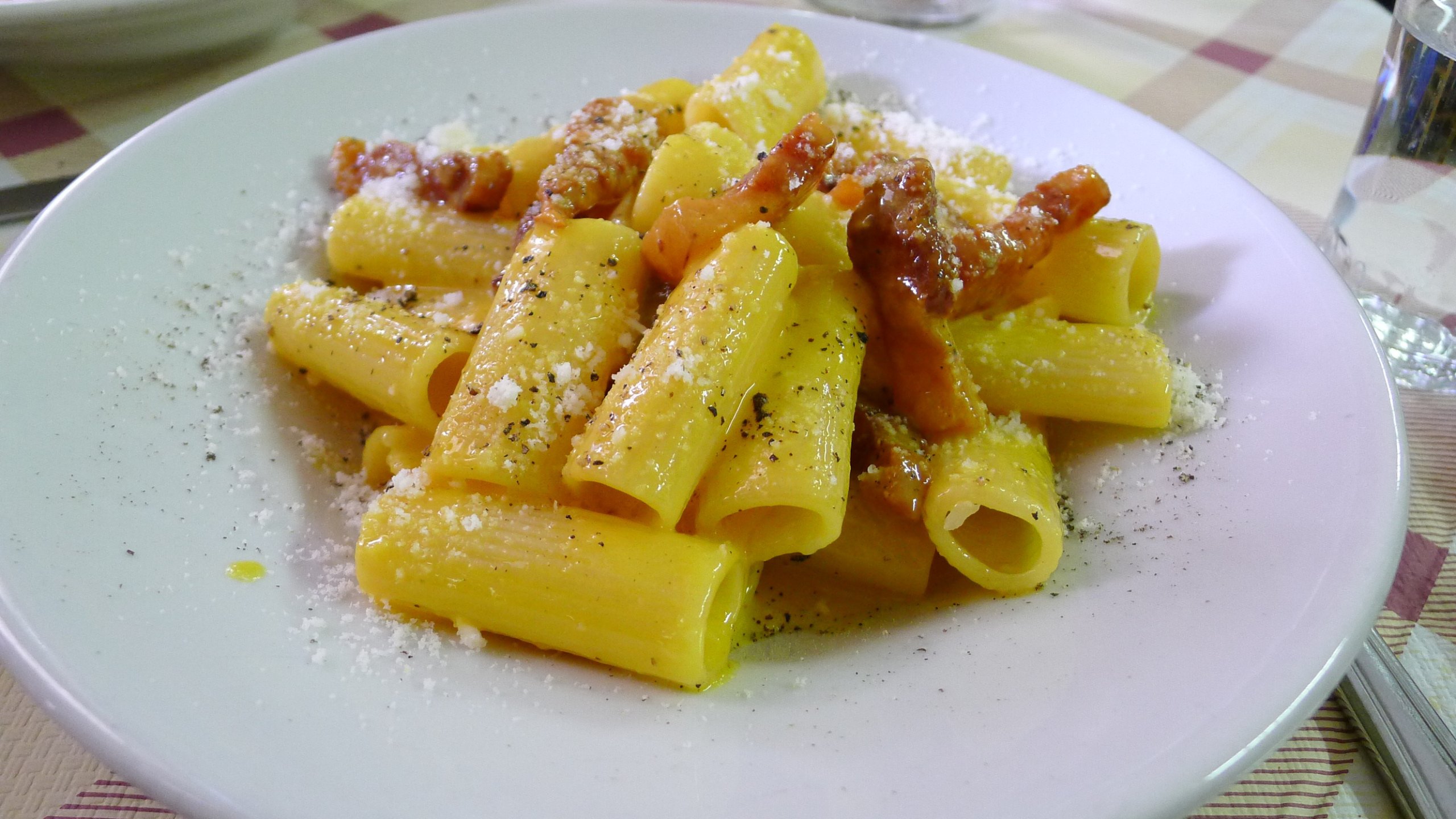 And... after the market?
After having delighted your senses discovering beauties, flavours, scents and sounds of the market, you can move to Piazza Santa Maria Liberatrice - former Piazza dell'Industria - where you can admire the church built in the early twentieth century and dedicated to the holy Mary. The temple has polychrome glass windows depicting the life of Mary and an interesting fresco decorating the apses with the representation of the Trinity and the Incarnation, by Luciano Bartoli. Having visited the church, leaving the square behind, lovers of literature, going to Via Mastro Giorgio, have the opportunity to represent the images of Elsa Morante's novel, La storia. In this street the writer has actually set the story "Ida e Useppe". From there, it is possible to reach Piazza Testaccio, former Piazza Mastro Giorgio, where the old local market used to take place. There, you can take advantage of the beautiful Fountain of the Amphorae dated back to the early twentieth century.
The travertine work is the result of the talent of architect Lombardi. In one of the corners of the square, it is also possible to admire a "Madonnella": one of its copies is located in via Franklin (Testaccio district). A few steps from via Franklin, it is possible to reach the Porticus Aemilia building, built in tuff on the left bank of the Tiber in the second century BC. The structure, whose surface was about 25 thousand square metres, was used to store goods. From there, after a short walk, it is possible to reach the Pyramid of Cestius, an Egyptian-style funeral monument, designed to become the burial of Caius Cestius, who was both Praetor and Tribune of the Plebe during the Republican age. A few metres away, you reach the wonderful Porta San Paolo, one of the gates of the ancient walls erected by emperor Aureliano, in the III century AD When you are in Testaccio, you cannot go away from the Rione without having visited Monte Testaccio and the Non-Catholic Cemetery. The first one is the result of the accumulation of fragments of oil amphorae discarded by the nearby Porticu Aemilia, melt by lime and surrounded by the vegetation grown on a layer of earth. The second one, accessible from via Caio Cestio, right next to the Pyramid of Cestius, is a place of rare beauty where the bodies of many famous people rest, including those of John Keats, Carlo Emilio Gadda and Antonio Gramsci. For contemporary art fans, a visit to the former slaughterhouse, symbol of Capitoline industrial architecture par excellence, is a must. The former slaughterhouse is a structure built at the end of the nineteenth century: it has just recently hosted a part of the Museum of Contemporary Art in Rome. That's not all, since within the premises of this structure there are also the City of the Other Economy, the Faculty of Architecture of Roma Tre, as well as the Roman Academy of Fine Arts.

Testaccio and the art of eating well
Set of important films such as, the Accattone by Pasolini and Brutti sporchi e cattivi by Ettore Scola, Testaccio is also the symbol of Roman modernization and the heart of good typical food. It also is the ideal place where to make... tasty stops. Between traditional food and typical pastries, this neighbourhood "wins the scepter of the art of eating well", as the famous gastronome and literary critic Pellegrino Artusi would say. To begin your morning as a traveller, you cannot miss offer yourself a Lucullian breakfast in a cult place of Roman pastry, at Linari, the pastry shop located in Via Nicola Zabaglia, where we recommend you to taste a good "maritozzo". And how about the lunch break? Don't worry, Testaccio is full of noteworthy trattorias, where lunch and dinner become the Luculian moment par excellence. Do not miss the dishes by Perilli, those by Da Bucatino, Felice a Testaccio, La Fraschetta di Mastro Giorgio and Lo Scopettaro. As you can see, you are spoiled for choice! If you want to enjoy a good Roman pizza, go to Pizzeria Remo: it is a must. If you prefer "fast" food, taste Trapizzino: it also is excellent.