La Dolce Vita in Via Veneto

Do you want to leave the atmosphere of the film by Fellini? Would you like to leave the Dolce Vita years again, when Via Veneto was that cultured meeting point envied by all the countries all over the world? If you go to Rome, you can't miss the Dolce Vita of Via Veneto. It is a mandatory stop. This beautiful street famous all over the world and symbol of elegance and internationality, was made between 1886 and 1889. Its name was chosen - differently from what you could expect - to commemorate the Italian victory against the Austrian-Hungarian troops during the First World War. Which are its characteristics? Here you are what you absolutely have to know before going there, in order to get every single symbol places of via Veneto.

Visiting Rome: Via Veneto
Visiting Rome will be a great and one of a kind experience. Once in Via Veneto, you will have to stop and have a look of the various features of these beautiful 35 metres large street that - located in the city centre - leads tourists from Piazza Barberini to Porta Pinciana. By a beautiful walk, you can admire the elegant trees that decorate the street surrounded by luxurious shops and bars. Just there, during the 50s and 60s, till the 70s, there were the world wide famous artists of the television and the cinema.
Ava Gardner, Burt Lancaster, and the beautiful Liz Taylor: these are just some names still sounding around the building. Having breakfast in one of the beautiful bars, taking care of yourself doing shopping, you can feel as true VIPs. At Harry' s Bar, you can still feel yourself part of that glamour atmosphere, during the times when Frank Sinatra used to play the beautiful piano. Luxurious hotels represent another symbol of this street, rich in history and fun facts about the VIPs: Hotel Excelsior and Hotel Palace, for example. 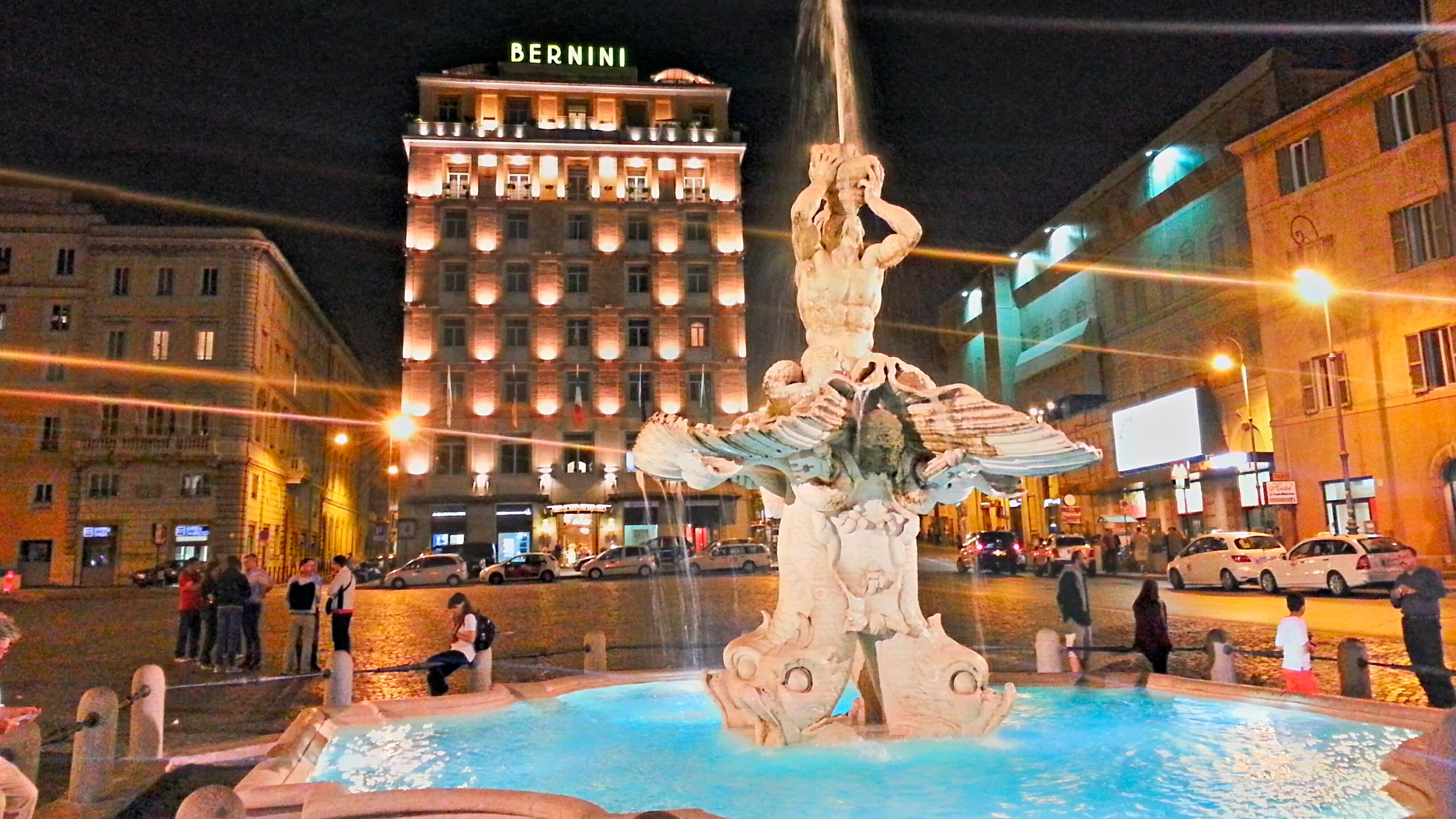 Visiting Rome: luxurious hotels
Visiting Rome you will discover that there are many luxurious hotels in Via Veneto. All of them are connected to the 50s and 60s Dolce Vita, telling about a rich past to their guests. The peculiar dome of the Hotel Excelsior hosted many international famous people. The accommodation was made by the architect Otto Maraini, at the beginning of the 1900s. The style is a mix of Neo-Baroque and Art Nouveau.

The Hotel Palace - situated near Piazza Barberini - was made by Marcello Piacentini, in the 1926. Inside of it, there are frescoes by the Venetian artist Guido Cadorin. Known as Palazzo degli Ambasciatori and then subdivided into Grand Hotel Palace and Ambasciatori Palace, this accommodation hosted mostly diplomatic corps of Rome, at the beginning. Italo Rota renovated it, in 2010. Its atmosphere, however, is still intact. The romanticism of the time is still there.

Visiting Rome: the Cafés
In addition to the hotels, also the "diveris" cafés you can be made this street famous, still being part of it history. The Caffè Doney or the Caffè Strega used to host famous intellectuals. Federico Fellini used to go there. The cafè, - number 173 - as many of you surely know, was the meeting point of the poet Vincenzo Cardarelli, director of the weekly magazine La Fiera Letteraria. Among its tables, the idea of the Premio Strega came out.

Every one of these places is rich of history. Among tables, chairs, coffee cups and croissants, the intellectuals of the time expressed their ideas and creativity. Sometimes also the cinema stars went there, making happy the cameras of gossip journalists, offering them stories to tell.

Visiting Rome: what can you see in Via Veneto?
In addition to bars, shops and luxuries hotels, if you want to visit Rome, you can admire the United States Embassy in Palazzo Piombino: built by Gaetano Koch, it is inspired to the 1500s style. Queen Margherita di Savoia spent some time there, at the beginning of 1900s. There is also the Palazzo della Banca Nazionale del Lavoro and the Palazzo del Ministero dell'Industria e del Commercio, by the same architect of the Hotel Palace. The door of the palace encloses eight pictures representing liberal, classic and lyrical arts, commerce, banks, transports, agriculture and industry.

Visiting Rome: the Dolce Vita in Via Veneto
When you will visit Rome, you will understand why the city is so connected to the cinema. There are famous bars, such as Harrys bar, Doney, Gran Cafè Roma and Cafè de Paris. It was easy to find gossip journalists looking for scoops in those bars. Many Hollywood producers chose this street as setting for their movies. Fellini made it famous, even if it was not exactly the set, as Via Veneto was created in Cinecittà.

For this location we recommend Hotel Panama Garden, ideal for discovering Rome thanks to its strategic location./p>