Rome at the table: the typical Sunday dishes

Rome is one of the most fascinating cities in the world attracting many Italian and international tourists not only to discover the cultural, artistic and historical monuments but also to enjoy the dishes of the true Roman tradition. The recipes of the dishes made in Rome are among the most widespread and imitated, even in the homes of those who have never had the chance to visit the city. There is a menu including all the typical Sunday dishes served in taverns and restaurants, or those that local families are used to eat on the most important day of the week.

Sunday lunch
You should know Sunday lunch is not just an opportunity to eat the most elaborate and important traditional dishes for the Romans. Above all, it means spend time with beloved people (friends and relatives), to talk about each other and continue to spread culture and traditions, just as in the past.
Roman cuisine actually has its roots in poor and simple ingredients. Many of the most famous dishes were born from the popular class and, for this reason, we speak not only about Roman cuisine but also about Roman cuisine. People who want to have a Sunday lunch at home, start cooking early in the morning, since many of the dishes need long and slow cooking, and the aromas you can smell in the streets are really fantastic. Sunday lunches in Rome are about family, union and tradition.
Respect for raw materials, together with the preference of local products and the choice to carry on a millenary culture in terms of food, makes the city one of the most complete on a culinary level. Nowadays, Sunday lunch is also seen, especially by younger people, as an opportunity to go to the neighborhoods and try new clubs and taverns that offer traditional dishes. We can say on Sundays there are some typical dishes on the menu, in general.

Appetizers and first courses on Sunday
Concerning appetizers, you can't miss a nice cutting board of cold cuts like Ariccia porchetta. Even the fried cod served in small portions can be considered an excellent appetizer that excites the appetite and offers guests an excellent continuation. Continuing with the appetizer, here comes what is known in the local language with the name of "cazzimperio", or "pinzimonio". A sauce is served, a dressing made with extra virgin olive oil, pepper, a pinch of salt and vinegar, where to dip raw vegetables, such as celery, carrots, fennel, cucumber, courgettes and many other vegetables washed down and clean but strictly raw.
The "pinzimonio" should be served in the middle of the table to give the idea of a great sharing of food and conviviality, or offering each of the guests their own bowl of seasoning and vegetables. Continuing reading the Sunday menu, you can discover the real protagonists are the first courses.
They are so numerous you don't know what to choose, even if the most popular are Gnocchi alla romana, Lasagna al ragù or Cannelloni, Rigatoni alla pajata, pasta and chickpeas in addition to the unmissable Carbonara, Amatriciana and Gricia. All these first courses are the great classics of Roman cuisine often served on Sundays. In particular, the Gnocchi alla romana is one of the dishes that best suits the moment of celebration. Made of very simple ingredients, it was the farmers' dish as the dough was made of semolina, without the addition of flour. They have an original shape as well as the cooking method: gnocchi are not boiled in water but rather baked in the oven and seasoned with plenty of butter and a sprinkling of Parmesan. Also Lasagna or Cannelloni are important dishes on Sundays. The preparation is more complex and for this reason, in the ancient times it attracted many women who, dealing with the various phases of preparation, could also exchange knowledge and information. The Cannelloni in particular, foresee need the realization of the dough, the béchamel and the Ragù. 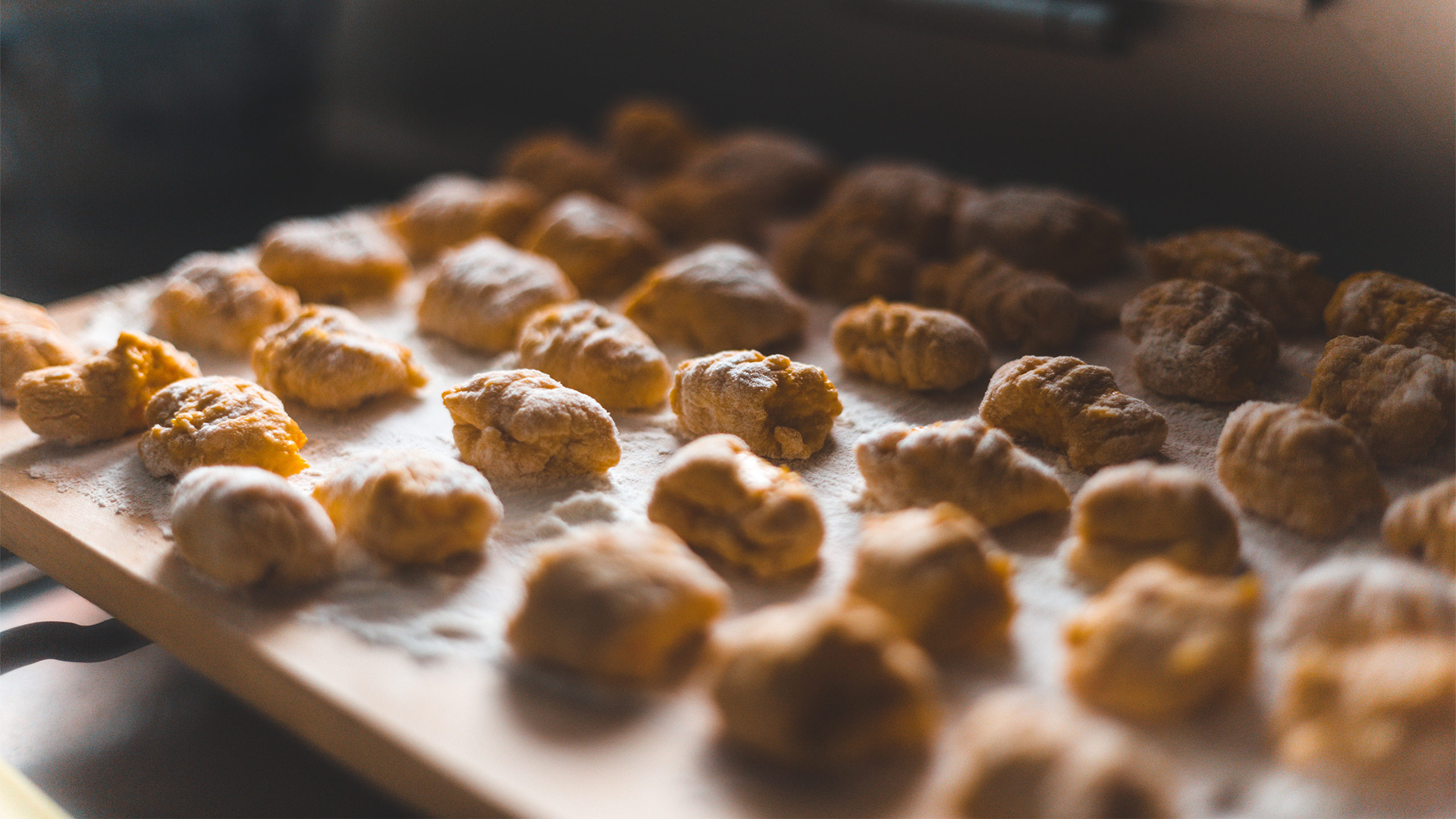 Sunday second courses and desserts
Sunday second courses are among the most appreciated dishes by tourists today and they have become famous throughout Italy. It is a must to mention the Vaccinara tail, the tripe and the roast lamb served with potatoes. As you can understand, the mold of the popular kitchen looks more clear and clear with the main courses. The tail was actually often waste and the same goes for the tripe. They were the Quinto quarto (the fifth quarter), that is the less noble parts of the animal discarded by rich people and then sold to the popular families. In modern times, the Vaccinara tail and the tripe are considered the milestones of the Roman cuisine. Rich in taste and flavour, these dishes are among the most ordered in taverns and clubs in Rome. Despite this, the tripe, although never missing in the most supplied restaurants, is usually eaten on Saturday lunches. During family Sunday lunches, we tend to serve small portions of tripe cooked the day before as it has even more taste and flavour. Also the lamb with baked potatoes is a typical second course of the holidays, especially on Easter.
Don't forget the chicory with anchovies, Jewish artichokes , sautéed chicory and stuffed pumpkin flowers. Finally, here you are the Sunday dessert in Rome: the pasterelle. A typical Roman dessert par excellence, it is a tray of cakes and pastries filled with tasty and appetizing creams such as chocolate, custard, coffee and zabaglione. The pasterelle were once cooked at home by the whole family, especially by the women carrying the tradition on. In modern times, Roman people usually buy a tray of pasterelle to bring it as a gift to the family hosting them for a rich and abundant lunch.