Rome in the dish: all the secrets of the exquisite Roman Pizza

Pizza, you know, is one of the greatest Italian delicacies, loved by children and adults all over the world. Tradition tells the Neapolitan pizza is considered 'the original one', but each region has its own culture developed over the years, and in Rome, the tradition of pizza has evolved as much as in Naples. There are those who love it soft and those who love it crispy, those who want it white or red, simple or super seasoned... There is no right and no wrong, it's just a matter of personal tastes and preferences. Therefore, the famous Roman pizza, today, is known everywhere, and it is a very appreciated variant.

The origins of the roman pizza
If the tradition of the Neapolitan pizza is centuries old, the Roman one was certainly born later, as a regional review of the Italian classic one. However, today it is very well-known and, in some cases, also the favourite one, since it has different features, diametrically opposed to the one from Naples. As the grandmothers say and great-grandmothers before them, the real classic Roman pizza must be 'BASSA E SCROCCHIARELLA': a definition that now identifies it throughout Italy and beyond, a short and crispy dough.
Strange as a simple slang expression can be able to define a dish so completely, right? Yet today, wherever you go, 'scrocchiarella' is really synonymous of the Roman pizza!

The main features of the roman pizza
As already mentioned, this version of the Italian pizza has different features compared to the Neapolitan version, taken by everyone as a benchmark for its fame and history. So let's see the ingredients of the Roman variant and how it is made. The basic products for the preparation of Roman pizza are obviously always the same, simple and basic: flour, water, salt, yeast with the addition of seed or olive oil. They are vigorously kneaded and then left to rise. The amount of water does not have precise doses, but is usually a little more than half the amount of flour (55/60%). The dough, which will be hard and not very elastic, is then divided into balls of about 180 grams, which must be laid down with the help of a rolling pin. The dough is then worked until it reaches an extreme subtlety: the maximum possible so that the pizza is crispy and baked in a uniform way, but not too much as not to risk to burn it in the oven. The dough discs will therefore be round and fine, especially on the edges. At this point, you can season them, at the customer's pleasure, and finally bake it. The Roman pizza is baked in the oven at a temperature of about 350 °, more or less for 3 minutes. 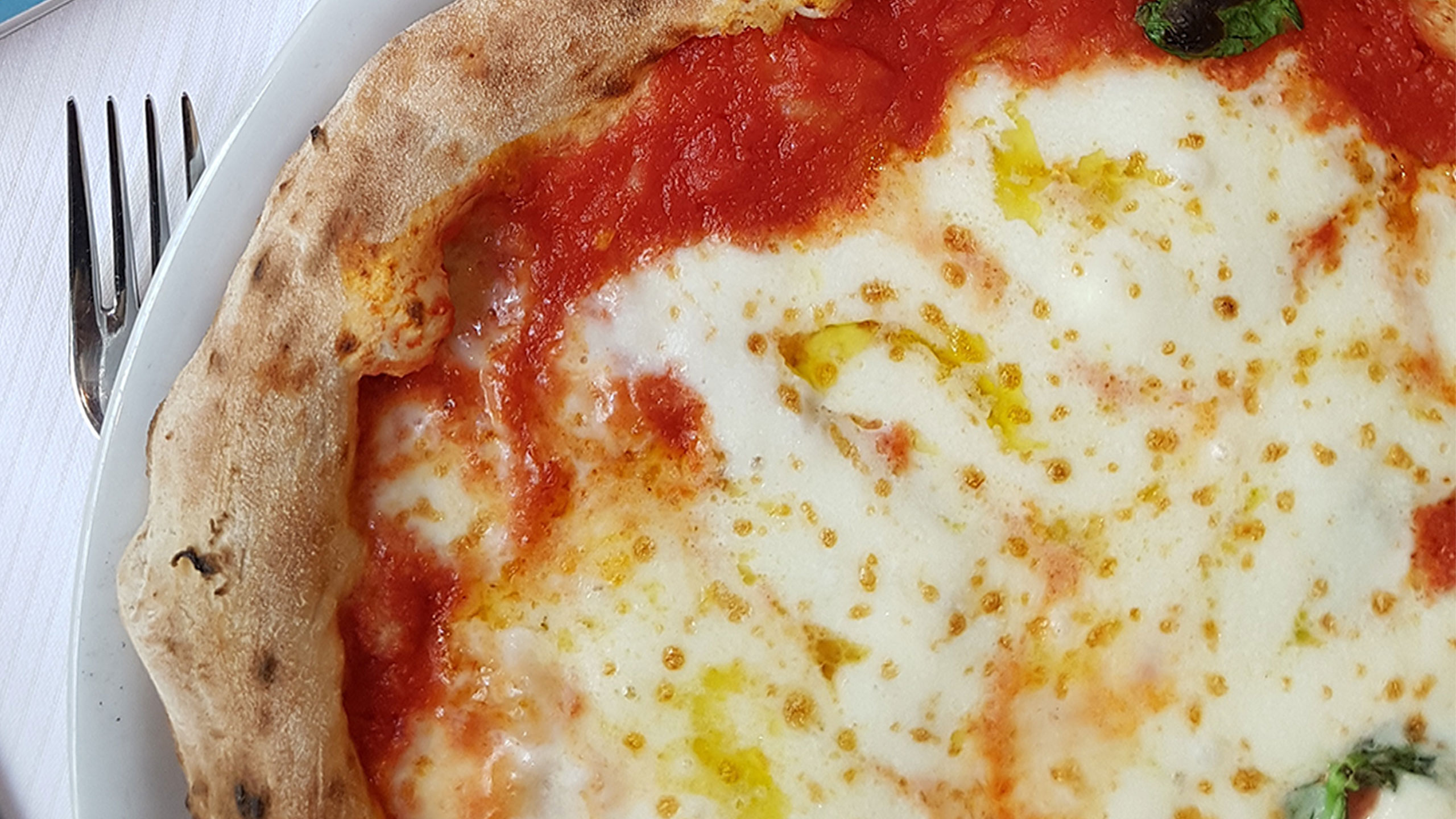 The main pizzas of roman tradition
The filling of the typical Roman pizza is very tasty and rich, and it includes several variations. The classic recipe has tomato sauce, mozzarella and basil, often accompanied by anchovies; another definitely appetizing possibility is 'pepper and pecorino'. The fresh vegetables are also widely used, put raw just before baking the pizza. Finally, the simplest variant, but even the most surprising and delicious one, is the famous "white pizza alla romana": a delicious dough, crispy, flavoured in an essential way only with oil, oregano and coarse salt, open and filled in with fresh salami. A pleasure for the mouth!

Pizza romana day: the power of roman pizza
If for many years the Roman pizza has been considered as any other dish of the Capitoline tradition, today we can say it is very important again, thanks to the commitment of some local pizza makers who have worked to enhance it. Following the Neapolitan pizza - a plus of Italian cuisine in the world, as it was recognized as a UNESCO World Heritage - on September 13th 2018, the PIZZA ROMANA DAY was organized in the Capital, boosted by Agrodolce and Repubblica newspapers. The purpose of this event certainly was to give new impetus to the 'scrocchiarella romana' so loved by many people, encouraging the meeting of the best pizza chefs of the Roman school for a productive comparison that could revive this product.
Basically, they tried to write a decalogue of the new Roman pizza, based on a modernization of the dough processing, by a longer leavening and by the use of only high quality products. So the Roman pizza has been re-valued, and re-launched in many places of the city as a must in the Capitoline cuisine. Tourists who visit Rome, now, cannot resist to stop in a club downtown and taste the delicious and loved Roman scrocchiarella.