Surroundings of Rome: Gaeta, the pearl of the Tyrrhenian Sea

If you are thinking about an excursion around Rome, Gaeta is one of the ideal choices. Defined as one of the most romantic places in Italy, the city at the gates of the Riviera di Ulisse boasts some famous attractions throughout the region and in Italy. Overlooking the Gulf of Gaeta, on the homonymous walled city Monte Orlando stands up. Among legends, Medieval and Renaissance masterpieces, a stay in Gaeta can introduce you a unique face between Rome and Naples, in some ways unforgettable.

What to see in Gaeta
An ideal itinerary to discover the wonders of Gaeta always includes the Sanctuary of the Montagna Spaccata - the split mountain -, which feeds the fanciful legends around the city. Also known as the Pearl of the Tyrrhenian Sea, it is believed Gaeta owes its name to the nurse of Aeneas, famous classical mythology character - considered the son of the goddess Venus and the human Anchises. In addition to the Montagna Spaccata, the other recommended attractions of Gaeta are the Cathedral of Sant'Erasmo, the Grotta del Turco - the cave -, the Church of San Giovanni a Mare and Monte Orlando.

The Montagna Spaccata
According to its location and surroundings, the main attraction of Gaeta is a natural one: the Montagna Spaccata. The name is due to the cracks running through the mountain. According to legend, the gashes in the structure of the mountain would have been caused by the earthquake that occurred after the death of Christ. The Montagna Spaccata is so important because it offers the main attractions to visit during a short stay in Gaeta, including the cave of the Turk. It is accessed by the Sanctuary of Montagna Spaccata, through a dizzying staircase. From there, you can admire a spectacular view of the Gulf of Gaeta. It is called Grotta del Turco because in its turquoise waters the Saracens used to stop during the IX century.
At that time, the people from the Arabian peninsula were struggling with the Duchy of Gaeta and they took advantage of the splits of the mountain to get shelter. Another jewel of the sanctuary of Montagna Spaccata is the chapel of Saint Filippo Neri. The legend tells the Saint - who lived in the second half of the 16th century - dwelt in the split mountain. Many are used to indicate a block of stone in this area as the bed of the saint. San Filippo Neri is not the only name of the Catholic Church linked to the Montagna Spaccata di Gaeta: also other saints have been there, as well as Ignazio di Loyola and Pope Pius IX. Your tour inside the sanctuary ends with a visit of the Chapel of the Crucifix and the Church of the Santissima Trinità. The Benedictines were the first to settle in the sanctuary. They remained in the split mountain until the end of the eighteenth century. Today, however, the entire Sanctuary is managed by the monks belonging to the PIME - Pontifical Institute for foreign missions -, which aims to tell the life of Christ to the ends of the Earth. 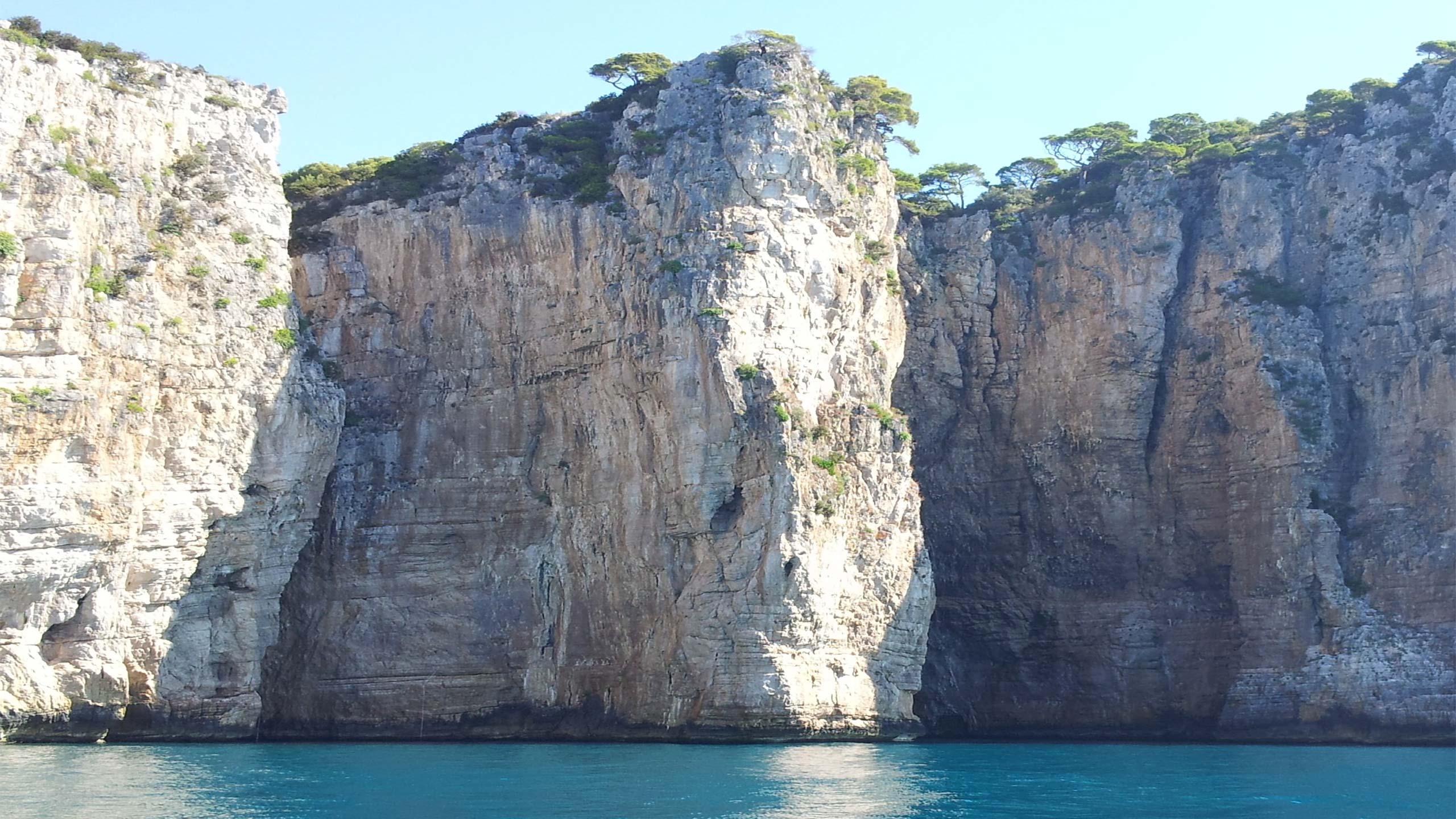 Cathedral of Sant'Erasmo
Continuing your visit to the city of Gaeta, after the most important natural attraction, the Montagna Spaccata, here you are the historical-artistic character: the Cathedral of Sant'Erasmo. The construction of the cathedral of Gaeta has been completed in XII the century; its name recalls the presence of the body of Erasmo di Formia, patron of Formia and Gaeta, guarded in the crypt of the cathedral. The facade of the cathedral has a Neo-gothic style, while the inside is Neo-classic and Baroque. In total, the main church of Gaeta contemplates 4 different styles, the last one in the bell tower - Norman style. The bell tower is the most interesting element of the Cathedral of Sant'Erasmo, because of its original style and for the presence of two low-reliefs representing monsters of the sea. The peculiarity is the same representation is inside the crypt of Saint Magno, in the Cathedral of Anagni, known all over Italy as the city of the Popes.

Church of San Giovanni a Mare
Once you get to the port of the ancient walled cityt, at the bottom of Monte Orlando, you can visit the church of San Giovanni a Mare. The water is the featuring element of the small church, whose construction dates back to the X century by a commission of Duke Giovanni IV, completed only 300 years later. In a thousand years of history, the Church of San Giovanni a Mare has undergone a series of numerous floodings, so much so that the believers needed a boat to get there. The architectural style of the religious building is Romanesque-Byzantine and it reflects the artistic tradition of the area; the other name with which it is called by the inhabitants of Gaeta is Church of San Giuseppe. In the 16th century, the confraternity of carpenters, also known as the Confraternity of Saint Joseph, was actually born inside the Church. The building has recently undergone a restoration both inside and outside and it was again consecrated by Archbishop of Gaeta D'onorio.

Monte Orlando
When you find yourself wandering the streets of the city of Gaeta you can't miss to turn back and to Monte Orlando, the mountain overlooking the promontory. Monte Orlando contributes to make your visit to Gaeta very special, allowing you to participate in a continuous exchange between art, nature and legend.
Along the nature trails of Mount Orlando, there is the mausoleum of Munatius Plancus, a talented Roman general and consul who lived in the in the glorious age of the Roman Republic, in the second half of the 1st century B.C. From the top of Monte Orlando you can enjoy a wonderful view not only on the walled city but also the Gulf of Gaeta. If you are planning a trip on late October and early November, Monte Orlando offers you an unparalleled natural spectacle thanks to the colors of autumn. About nature, from Gaeta you can finally venture along the coast also known as the Sette Spiagge, connecting the town at the foot of Mount Orlando with the renowned Sperlonga.