Surroundings of Rome: discover the most evocative Castles in the Lazio region

Lazio, where beauty is at home
A region set in the heart of the Italian boot, Lazio is embellished by many natural beauty, but also by architectural works. If you want to discover sites as original as sometimes unfortunately unknown, we can't avoid to mention the castles. Together with the fortresses outside Rome, they can be defined as a splendid evidence history magnanimously left, worth of being carefully admired, in anyone of its possible variations. But which are the most evocative castles of Lazio? Here you are a short list.

Castello Orsini-Odescalchi, Bracciano (RM)
Set on the western shore of Bracciano lake, the Orsini-Odescalchi castle is the first castle of this tour. Its origins can be set around the fifteenth century; it was built by the Orsini's, a very influential family. An innate elegance, enriched by precious frescoes, marks its features.
From 1696, this building became property of the Odescalchi family. The barn is the first place that can be visited: it is a construction built many years after the previous one, peculiarity that demonstrates the influence it had at the time. Along that route, the second step is the visit of an armoury under a majestic arch over the watch towers. Third stage is the pope room: its name derives from the fact it hosted Pope Sixtus IV, in 1481, sheltered in Bracciano after a plague. Without forgetting room Umberto I, dwelling of the monarch of the Reign of Italy, in 1900.
A detail you immediately catch is its ceiling, decorated by typical decorations completed in the last years by the school of Antoniazzo Romano. The visit of this castle goes on, till the Sala del Trittico, called in this way thanks to the triptych configuration of an altarpiece dating back to the 16th century. Among the several rooms, the last two deserving mention are the Sala del Pisanello and that of the Cesari. The name of the first comes from the artistic tendency of Pisanello, one of the main exponents of international Gothic in Italy.
Its walls are adorned by portraits of the Flemish school depicting the most powerful members of the Odescalchi family, but also by a splendid portrait of Pope Innocent XI. Finally, there is the Sala dei Cesari. The wall on the back of the room is decorated by frescoes depicting two crucial events in the life of Gentile Virginio Orsini: his ride at the head of the Aragonese troops and the meeting with Piero de 'Medici. The castle of Bracciano is surrounded by six towers, connected by a walkway. 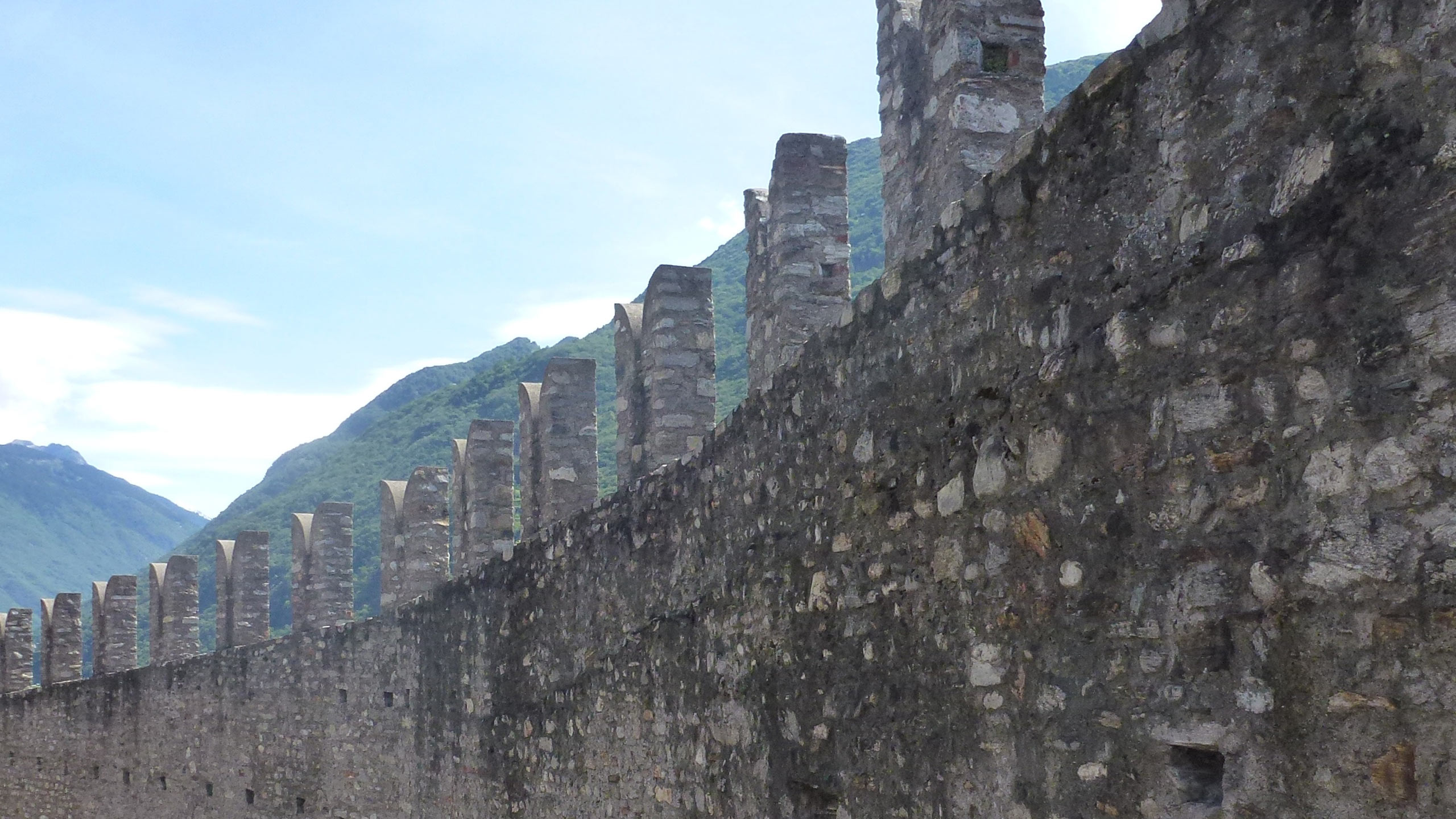 Castello della Cecchignola, Rome
What makes this second castle special is the apparently mix of ages. The first traceable one is the Roman age, with walls whose stones are the evidences of the ancient Via Ardeatina. The whole complex is divided into two courtyards made of the farmhouse, the tower and the additions added in the 1800s. In the external courtyard, there is a small church with a façade embellished by Baroque decorative elements. The tower is the most striking example of the mix of historical ages. The first part is actually dating back to the Roman age, with components dating back to the Middle Ages as reinforcement. The second part - entirely medieval - is covered of tuff windows with marble frames.
The third and final part is a further elevation and it is made of yellow bricks. The first paper evidence concerning the castle of Cecchignola is a seal dated around 1217 by Pope Honorius III Savello. Within this document, he attributes ownership of the structure to the monastery of Sant'Alessio all'Aventino. Registered under the name of "Piliocti vel Cicomola", the castle was characterised by numerous variations. It is believed the current name derives from the term "Cicomola". In 1458, the estate was sold to Cardinal Bessarione. He signed a will in which his wishes were described, including the donation of the entire building to the Chapel of Sant'Eugenio in the Basilica of the Santi XII Apostoli in Rome. The new owner soon sold the castle, leaving it to Pietro Margani, in 1477.
The Margani family held the Cecchignola castle for over a century, before selling it to Tiberio Ceuli in 1584. This ownership lasted just more than two decades, first passing in the hands of the Barberini, then to Cardinal Scipione Borghese. Between 1618 and the following year, many workers worked in the castle, with interventions that can be summarized in the creation of the large park in the ditch of Cecchignola and the balustrades of which the place itself is entirely surrounded.

Rocca Frangipane, Tolfa (RM)
A fairytale landscape envelops it like a dense blanket of mystery Rocca Frangipane. Along all the territory, there are ancient ruins, coming from every age testifying constructions positioned in what once was a strategic point. The minimalist and essential structure is completely covered by local stones. The pavement, which surmounts an underground level, is currently incomplete and even missing in some places. Nothing of the village is visible, as well as nothing of the military housing. What primarily attracts the attention is the breathtaking view, a 360 degree view from the shores of the Tyrrhenian Sea to Bracciano Lake. In the winter, the Umbrian and Abruzzi Apennines can be admired in all their magnificence. Watching towards the South East, you can even see the Castelli Romani and the Prenestini mountains. The Rocca Frangipane - although it offers a few architectural works - has a landscape that makes you reflect and taste the silence to escape from the usual everyday life.