Surroundings of Rome: discovering the most beautiful Abbeys of Lazio

Are you planning a holiday in Rome and its surroundings? One of the routes you can choose is the itinerary of the Abbeys in the Italian region of Lazio. Some of them have a priceless cultural and artistic heritage.
If you love art and you want to spend a quiet holiday in one of the most important religious places in Italy, you should evaluate to choose the itinerary of the most beautiful a of the most beautiful Abbeys in Lazio: Montecassino Abbey - Italian European religious symbol -, Valvisciolo Abbey - strictly connected to the Templars -, Casamari, Fossanova and Farfa Abbeys. 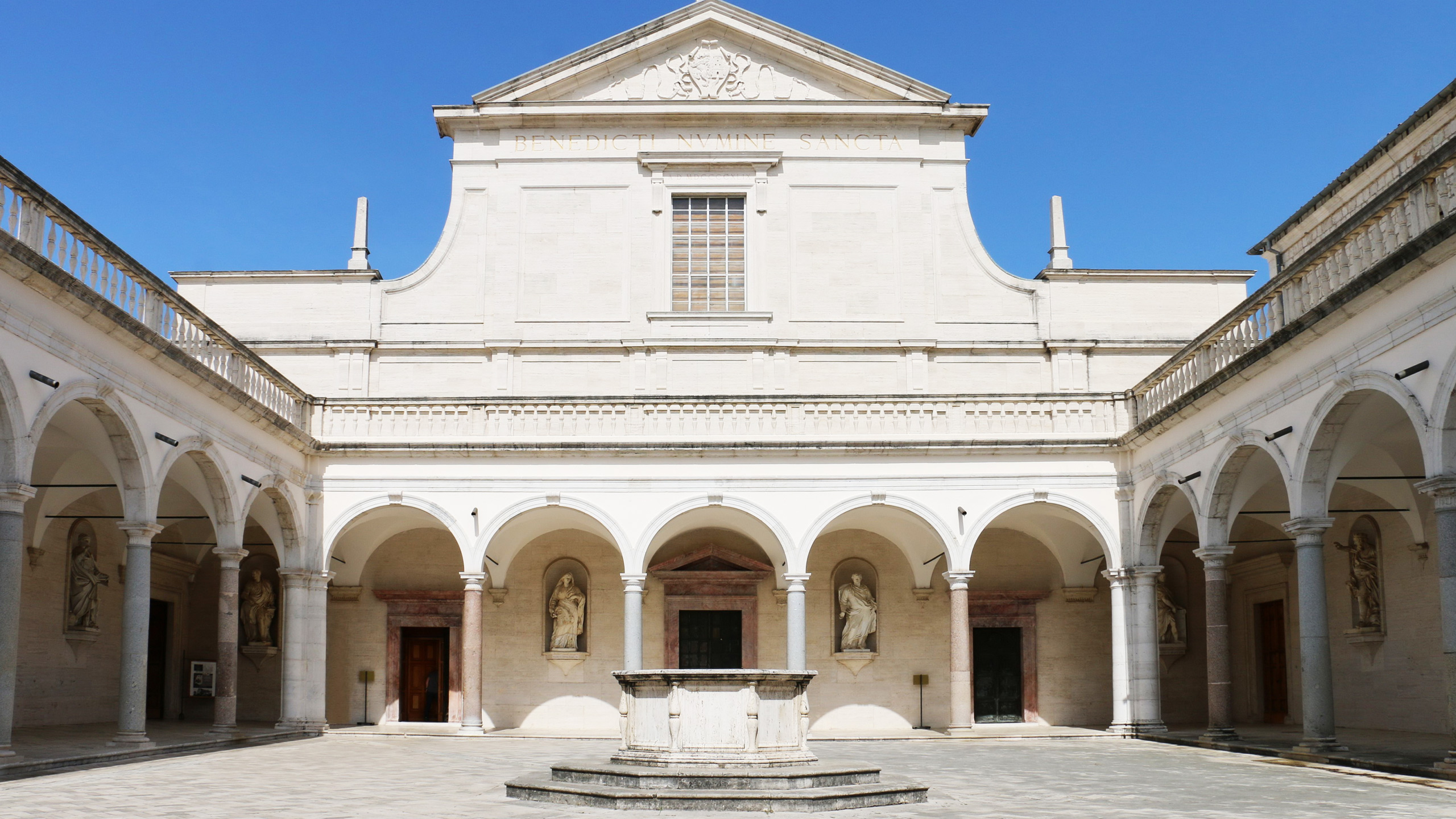 Montecassino Abbey, near Frosinone
The Abbey of Montecassino is situated in Cassino, on the top of the mountain, overlooking the town in the province of Frosinone. Its built dates back to 529, when Saint Benedict of Nursia chose this place to build what actually is one of the most important abbeys in the world. In the centuries after its foundation, Montecassino Abbey was destroyed several times, by its enemies - especially the Saracens - and then by the earthquake.
The last destruction dates back to 1944, when the alleys aviation bombed the monastery, as they thought it was occupied by the German troops. After the bombing, the people proclaimed a miracle, as the only one object resisting to the bombs was Saint Benedetto statue. During the middle ages, the Abbey played an important role as a cultural centre, thanks to the abbots and to the rich library it hosts.
During the visit to the Abbey of Montecassino, you can admire the Torre Romana, the place where Saint Benedict da Norcia lived for some time, before being forced to move to Rome with the other abbots. In addition to the Roman tower, you can amaze yourself by the beauty of the Chiostro del Bramante, made by the famous artist, with the same name.
You can visit the Abbey every day of the year, including during festivities. From March to October, it opens at 8.45 am and closes at 7 pm. From November to the first half of March the closure is anticipated at 4.45 pm.

Casamari Abbey, near Frosinone
The Abbey of Casamari is situated in Veroli, in the province of Frosinone. Its foundation dates back to the 11th century, so 400 years after the built of the famous Abbey of Montecassino. The origin of the name Casamari is still uncertain: according to the most recent studies, Casamari would recall Caio Mario, the famous general of the Roman army in the Republican age, elected consul seven times.
The Abbey of Veroli is among the most virtuous examples of the Gothic-Cistercian style in Italy, so it attracts the attention of scholars and art lovers. 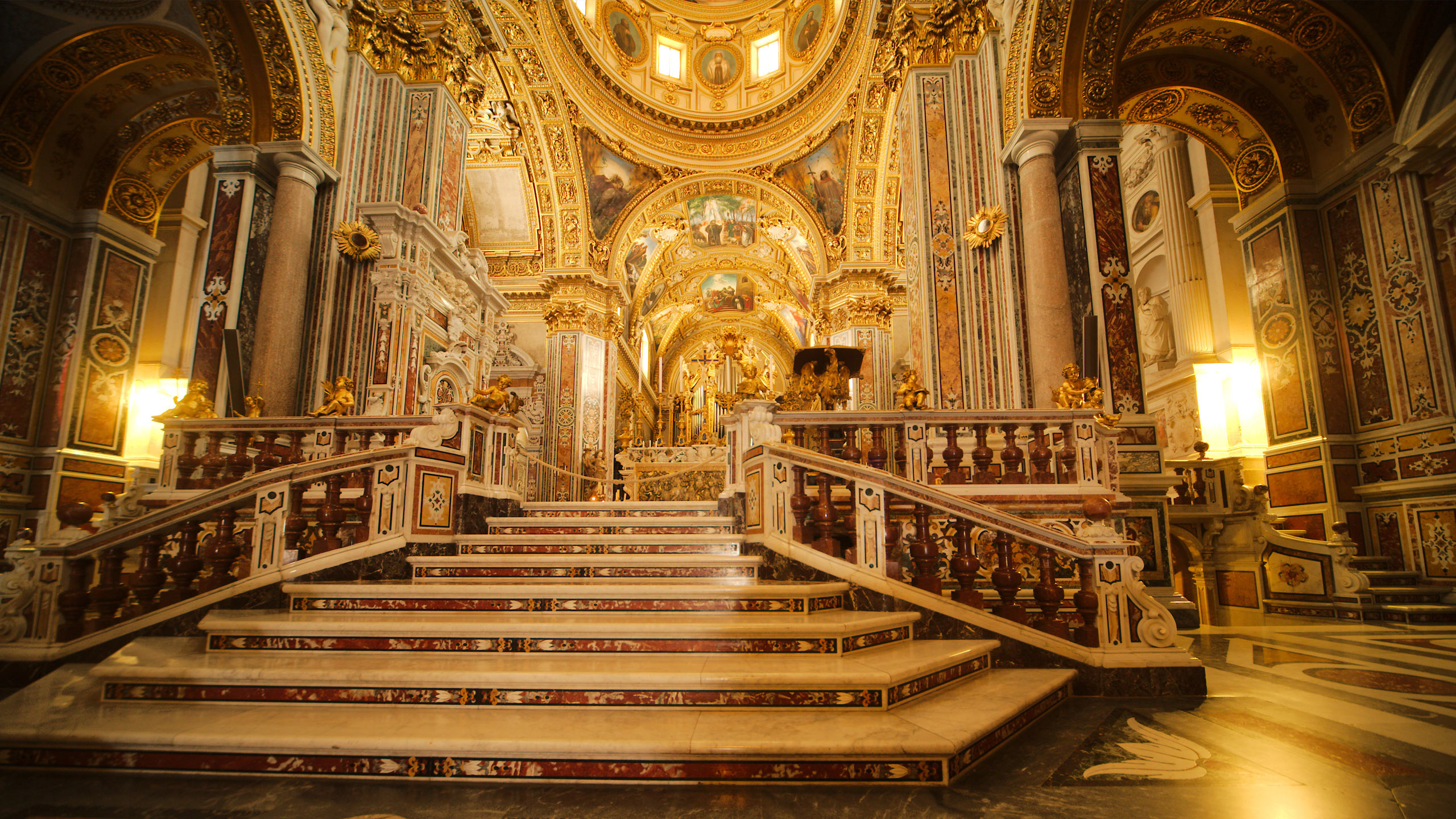 Like the Abbey of Montecassino, also that of Casamari can be visited free of charge throughout the year, from Monday to Sunday, from 9 am to 12 pm, and from 3 pm to 18 pm. Remember the rules are the same in force in other abbeys: absolute silence and reverence towards the abbots and any other visitor.

Abbey of Valvisciolo, near Latina
Your itinerary of the most beautiful abbeys of Lazio continues with the Abbey of Valvisciolo, in the territory of Sermoneta, in the province of Latina. The valley where the religious building stands should be the origin of the name: Valvisciolo actually means "nightingale", a regular guest of the Lazio valley.
The Abbey of Sermoneta has often been associated to the Templars, due to the numerous traces left during their passage (they should have lived between the XIII and XIV century). A legendary episode tells of how the beams of the church got broken by themselves, in the exact moment Jacques de Molay - the last great master - was burned, in 1314.
Although it is considered only a legend by the most, there are some people claiming the opposite. At the base of the popular beliefs, there would be an ancient document and the fracture itself visible in the Abbey. If you want to visit it, please note admission is free every day of the year, from Monday to Sunday, from 9 am to 12 am, and from 3 pm till the sunset.

Fossanova Abbey, near Latina
With the Abbey of Fossanova, the tour of the most beautiful abbeys of Lazio moves to the province of Rieti. In front of the building - located in Priverno - you will find the oldest example of Gothic-Cistercian art, superior even to the Abbey of Casamari, in the province of Frosinone. Its foundation dates back to the 12th century, on the remains of a Benedictine monastery of the 6th century.
The name Fossanova comes from the recovery of the marshy area, for which the Cistercians dug a new hole. The consecration of the altar took place in 1208, by Pope Innocent III. Saint Tommaso D'Aquino died inside the Fossanova Abbey. He wanted to spend his last hours there, aware he would soon have died.
Nowadays, there is a great mystery about his remains. According to the most common belief, they should be situated inside the cathedral of Priverno, the city hosting the Abbey. Others say they were kept in a small town in Ciociaria, but nobody knows its name. The info about the visit are the following: admission is free, you don't need a ticket to enter the Abbey; entrance is allowed from 8 am to 12 am, and from 4 pm 7.30 pm - 3 pm to 5.30 pm during the winter time.

Farfa Abbey, near Rieti
Farfa Abbey is located in Fara Sabina, in the province of Rieti. Art historians define it as one of the most important religious buildings in the Lazio region. During the middle ages, Farfa and Montecassino were the custodians of the human knowledge, becoming a benchmark for Italian and European monks. From the 15th century on, it underwent a deep crisis with no solution.
Today, the Abbey of Farfa still is one of the most important tourist attractions of Sabina. You can visit it for free, from Tuesday to Sunday during three shifts in the morning (10 am, 11 am, 12 am) and the two afternoon (3 pm, 4 pm) ).