Surroundings of Rome: the lost village of Galeria Antica to make an authentic time-travel

Around the world, there are many lost villages, ghost towns once rich in life and then completely abandoned. In recent years, these places are attracting interest and a large flux of tourism: many wonder why these places have been abandoned and what their history is.
If you are interested in mysteries and lost cities, you do not have to go overseas to satisfy your curiosity: you can just visit Rome, going to the lost village of Galeria Antica. Like all ghost towns, Galeria Antica also has a tragic history behind it perhaps not everyone knows.

The ghost town today
Galeria Antica is a small town located in the Roman area, a few minutes north of the capital and stands on a tuff spur near the Arrone river. This enviable position guaranteed an excellent natural defense for its inhabitants, together with the walls still visible today.
After more than two centuries from the abandonment, the vegetation has returned to take possession of the rock, going to recreate a unique ecosystem composed of maples, elms and holm oaks. Thanks to this varied flora, the Lazio region declared the ruins of Galeria Antica a Natural Monument in 1999.

History of the town
The documents the scholars have tell two different versions about the birth of Galeria Antica. The first reconstruction tells the city was founded by the ancient Galerii, a population very little is known about yet. The second version claims it was founded by the Etruscans during their rule over these lands and that, at the time, the name of Galeria Antica was Careia. Supporting this theory, numerous finds were found in the subsoil, in addition to several small necropolises dating back to the Etruscan domain. According to the reconstruction made by archaeologists, Careia was a town of modest importance, used above all to defend the southern Etruscan borders and located in the middle of two much more important cities: Veio and Cerveteri.
By the advent of the Romans, Galeria Antica fell under their rule until the barbarian invasions, responsible of its abandonment, until the Middle Ages when it got repopulated. This area passed from hand to hand to various lords such as the Colonna's, followed by the Caetani's, the Savelli's and the Sanseverino's. The latter family marked the end of Galeria Antica: from a fortified city, it turned into a mere agricultural estate. The population began to decline, also due to the malaria epidemic that hit the Agro Romano in 1700. Galeria Antica was just ruins and only a few desperate and homeless people lived there, but in 1809 it was completely and definitively abandoned. Although it is believed it precisely was malaria the cause of the inhabitants' death, it is still not possible to understand why this town was abandoned so precipitously, pushing people to leave their possessions behind and without giving proper burial to their loved ones killed by the illness. The few survivors who managed to escape from this country, moved just a kilometre away and founded another village called Santa Maria di Galeria Nuova. All this makes the abandonment of the ancient city even more mysterious: moving only one kilometre did not mean escaping malaria. 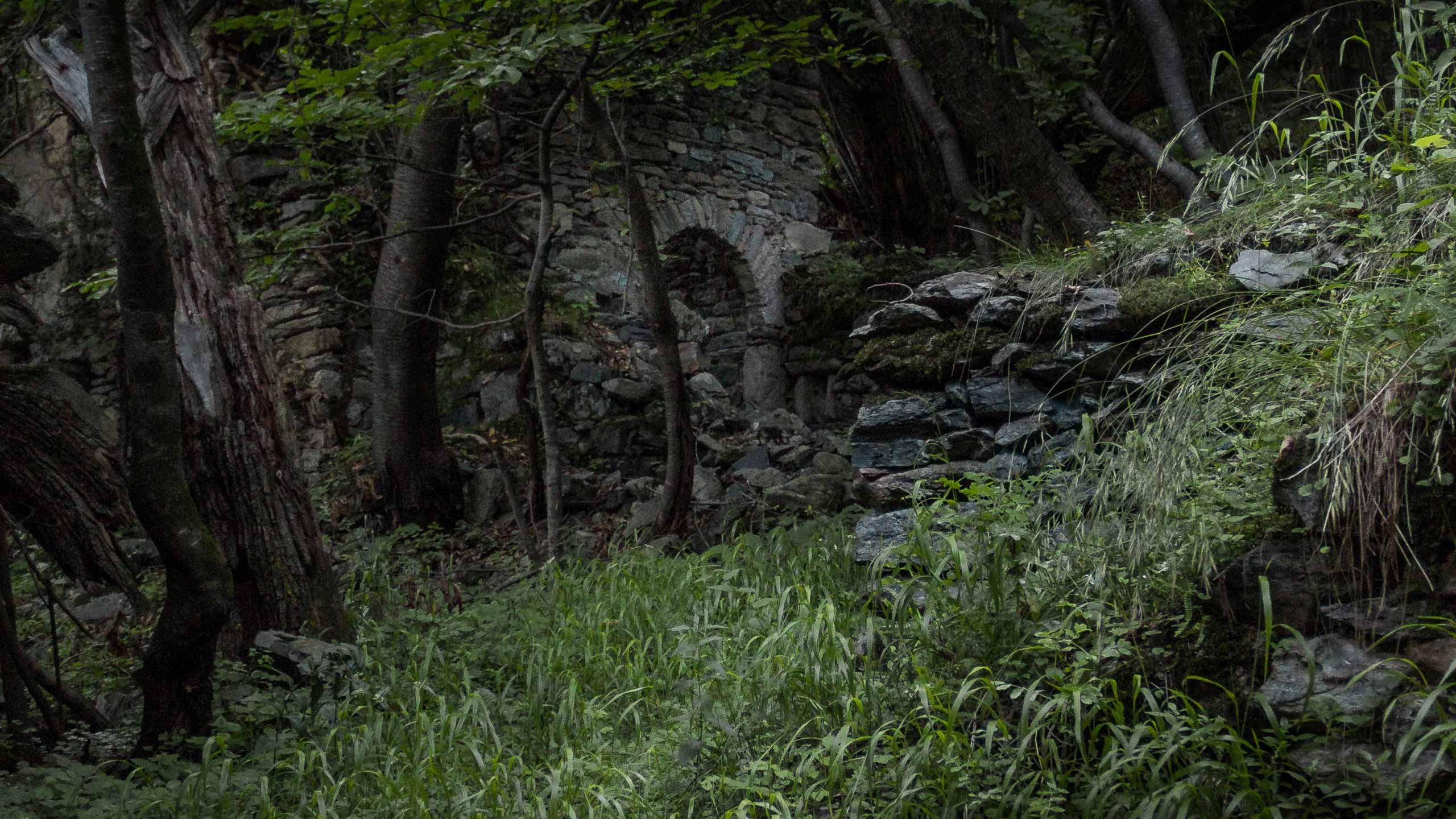 Visit the ancient city
Unfortunately, it is almost impossible to understand the real reason why the inhabitants left Galeria Antica in a hurry. As often happens, the motivations will remain shrouded in fog, and this is what makes this village even more fascinating and mysterious. A first piece of advice we give you is to wear comfortable clothes and shoes suitable for excursions. Along the roads through the village, it is easy to find rough terrain, holes, rocks or surface roots: nature is now the uncontested mistress of these territories and it is essential to pay the utmost attention during the excursion. Access to the site is free, but it is advisable to go on site with an expert guide, to avoid accidents.
What immediately stands out is the presence of the walls once surrounding the entire inhabited centre. Inside, there are numerous houses (now ruins) and, according to ancient documents, the heart of the village was represented by the castle, completely destroyed. Next to where the fortress once stood, it is possible to admire the remains of the Church of San Nicola, built in the 18th century, now showing only the small bell tower. Although the church was already in poor condition, the inhabitants of Galeria Antica themselves destroyed it: during the malaria epidemic, they actually needed space where to bury their dead and left only the bell tower still visible.
In the village, however, San Nicola was not the only one church, but there were three others: the church of Sant'Andrea was destroyed in a fire in 1816, Santa Maria della Valle (also known as the Church of the Ospedale Vecchio) was devastated by lightning in the late 16th century and the third, the church of San Sebastiano, was demolished in 1600.
When you enter the village, you will immediately discover there is no well-defined visit route, but only a main road, a mule track. On your way, you will find many buildings hidden by vegetation and now almost completely destroyed; an example is the bridge that crosses the Arrone River, located further downstream.

The local ghost
According to an ancient legend, the ruins of Ancient Galeria host a ghost called Senz'affanni, perhaps the spirit of one of the countless victims of the malaria epidemic. The ghost punctually appears every year in winter in the now abandoned village, playing and singing, riding a white horse in honour of its dead loved one. There are various evidences confirming his presence and reporting they heard the sound of hooves and a lament coming from the ruins. According to the skeptics, however, the noises are due to the Arrone river that passes under Galeria Antica.