Visiting Rome is an unforgettable experience, as you get to the end of the holiday drunk with knowledge, art and history: of course, visiting its monuments, its museums and its churches can also be tiring, especially for the several tourists crowding the streets and the most important tourist sites. A way to unplug from everyday life is to take refuge in the several parks of Rome, from Villa Borghese to Villa Doria Pamphilj.
However, there is a place just 85 km away from the capital, which will allow you to immerse yourself in a natural paradise with few equals in the world: it is the Circeo National Park.

Historical notes
The Circeo National Park rises between the towns of Terracina and Anzio and it is one of the few, if not the only one, substantially extending itself on a plain, surrounded by a completely marine environment. Its establishment actually precisely took place to preserve and safeguard the immense natural heritage of the area consisting of many different environments, to make it a real treasure of biodiversity: the park actually has four coastal lakes, the Coastal Dune, the island of Zannone and the legendary Circeo Promontory, obviously not counting the municipalities of San Felice Circeo, Sabaudia, Latina and Ponza.
The history of the Circeo National Park is substantially similar to the Agro Pontino, as both underwent a strong recovery between the two world wars, when many wells and channels were built to allow the flow of water: some remains of these activities are still visible in the park, such as the villages of seasonal inhabitants, called "carbonare" and "lestra". To get a better idea, go to Sabaudia and visit the Documentation Center about Education and Health: staying in the same town, there is also the Visitors Centre, where you can learn about the features of the whole park through aquariums and terrariums.

The legendary Circeo Promontory
The symbol of the Circeo National Park, visible from all the plains of the Agro Pontino, is its limestone promontory about 500 metres high: its highest point is the Circeo Peak and from there, you can enjoy a spectacular view of the underlying Dune Litoranea, with some birds flying over it making everything even more wild. Looking at the promontory from far away, you will have the impression to look at the profile of a giant who has been sleeping for thousands of years on this stretch of the Lazio coast: this probably is what they thought in the past, inspired by the several stories and legends that linked this hill to the presence of gods, wizards and witches. Don't forget that on the top there was a sort of temple dedicated to Circe, and later on to Venus.
Numerous caves open on the side of the promontory, the most important ones are the Guatteri Cave - where a skull belonging to Homo Neanderthalensis was found - and the Grotta delle Capre, characterized by a 15 metres high vault: it has been a shelter for shepherds on rainy days, for a long time, but legend tells it was the place where the sorceress Circe practiced her spells. As you can see, that fascinating character of the Odyssey by Homer continuously recurs: Circe, the daughter of the Sun and the Moon, who welcomes Ulysses and his 23 companions who happened by chance in the place now known as Cala dei Pescatori. It is the one who, despite her powers, was made almost harmless by Ulysses who made her fall in love with him, making her docile, obtaining his freedom and that of his companions, not without the help of the god Hermes. 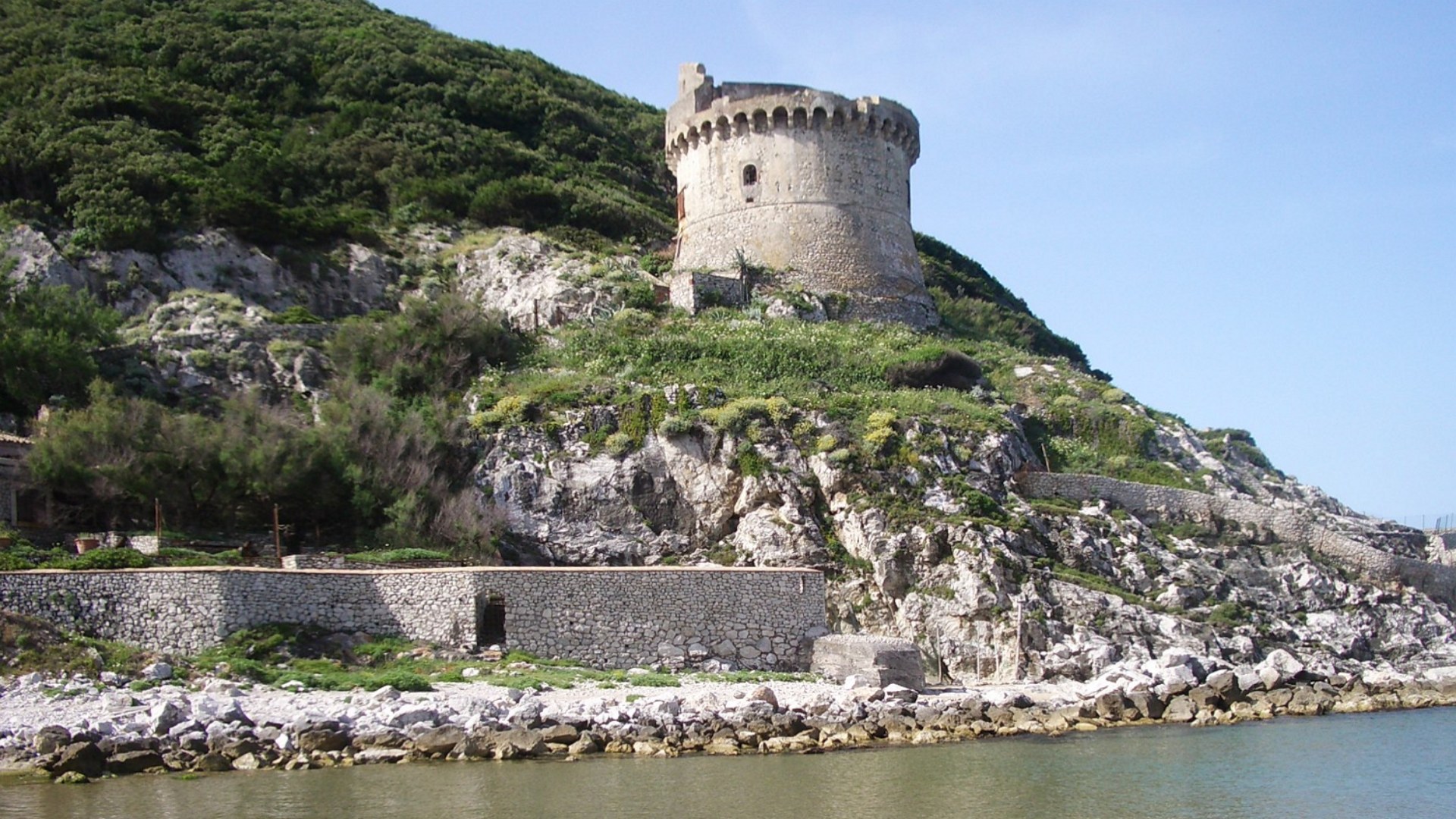 The coastal lakes of the Park
Among the most evocative places you can visit in the Circeo National Park is the Coastal Dune: this is a coastal strip about 22 km long, between Capo Astura and Torre Paola. The dune is beautifully set between the blue Tyrrhenian Sea and the coastal lakes, at the edge of which the lush forest stretches. By observing these mountains of sand that can reach 27 metres in height, you will be lucky enough to see the sea Eryngium, with its light blue flowers, in addition to the bright flowers of the Hottentot fig. Then, there is the fragrant Maquis shrubland, with its lentisco, the myrtle and the juniper.
The ponds behind there are the Capralace, Monaci, Sabaudia and Lago di Fogliano: these lakes are part of the National Park Wetland of the entire park, perfect place if you love bird watching. There are many migratory birds that stop on the lakes, such as the waders who explore the slush looking for food. Then, please, dedicate a moment to Lake Fogliano and visit the remains of the ancient and picturesque fishing village of Villa Fogliano, especially on the 18th century Casina di Caccia, created to house the illustrious grandchildren of James II of Stuart and the Botanical Garden rich in Mediterranean and exotic plants, with eucalyptus, palms and auracaria.

From Selva di Circe to Ponza
Among the most exciting experiences to do at Circeo National Park is to discover, by bicycle or on foot what remains of the ancient Selva di Terracina, through one of the several paths available: think that before the reclamation the forest it extended for about 11,000 hectares, whereas today, only a little more than 3,000 remain. However, the charm of this ancient plain forest remains intact, rich in corks, holm oaks, ash and oaks, among which weasels, badgers, foxes and hares roam. Following the path from Contrada Cerasella for about forty minutes, you will get to Piscina della Verdesca which, during the most torrential rains, floods offering you a clear image of how the lowland forest should have looked centuries ago.
Last stop of your trip in the Circeo Park is the Island of Zannone: you should know that it is a real uninhabited hermitage, essentially made of sedimentary and volcanic rocks dating back more than 200 million years ago. In addition to the Maquis shrubland, immerse yourself in the discovery of its seabed and admire the swaying red and purple sea fans. From the vestiges of the Benedictine Convent located on top of Monte Pellegrino, you will receive the most beautiful image and memory of your visit to the extraordinary Circeo National Park.