Cerveteri faces on the Tyrrhenian Sea, and it is located 40 km from Rome and 65 from Viterbo. From there, you can access the dozens of Etruscan necropolises built around the ancient town, where the best preserved one is Banditaccia, one of the most monumental ones in the Mediterranean basin, declared World Heritage Site by UNESCO, in 2004. The name of the modern settlement derives from Caere Vetus, so called during the 13th century to distinguish it from Caere Novum, the current fraction of Ceri. Cerveteri has a very ancient history, dating back to the first half of the ninth century BC, as demonstrated also by the several archaeological investigations about the territory. It is very wide, and it stretches until the Colli Ceriti coast, from the internal part. Wild and uncontaminated woods characterised the area close to the city, giving a magic atmosphere to this places, together with history, natural and ancient culture.

The necropolis of Cerveteri
Over the centuries, the necropolis has surrounded the most ancient new players of the city. The extension (over 450 hectares) makes it one of the largest areas all over the world, after the Egyptian ones. The biggest necropolis is the Banditaccia, the only one can be visited. In Addiction tweet, where are Monta Abatone, Sorbo, Cava della Pozzolana, Macchia della Signora, and San Paolo. Historians have investigated on thousands of sepulchers, and they have discovered the attitude of trying to make them very similar to underground houses, where - according to you the Etruscan beliefs about life after death - dead people could continue their life in a familiar place, surrounded by their own stuffs. The symbol of the Ceretan necropolis is the burial mound, excavated into the tuff, covered by some earth, where several rooms were set around the main entrance. 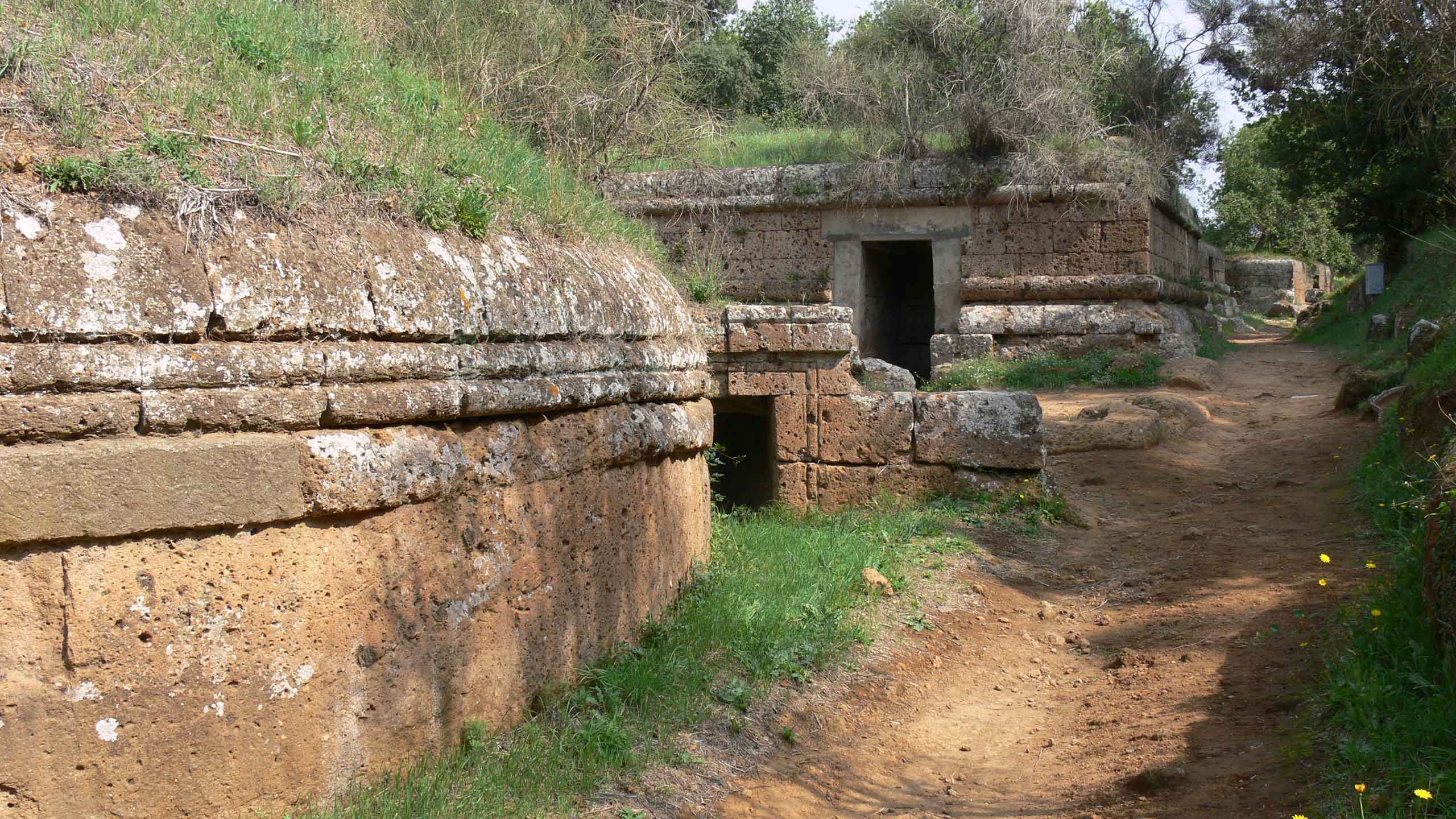 These burials were built using big tuff blocks, by the technique of the false vault, evidence of the great skills the Etruscan architects had during the 7th century BC. Their civilization reached the maximum development during the 6th century BC: in the necropolis in Cerveteri, as well as in other places - sepulchral architecture demonstrates a great level with no comparison with the past: you could find beds, but also chairs, decorations, frameworks, weapons, columns, and decorated ceilings. The economic and political decline suffered by the Etruscan society during the 5th and 4th centuries BC, together with the new religion faiths imported by Greek people, is very evident. The tombs finally changed their aspect, becoming almost only functional places, where there was only one space, decorated by just a few burial recesses on the walls, and the ceiling was sustained by some decorated pillars. At that time, the new phenomenon of using the ancient supporters again began, as the poorer families used to do later on, too.

The necropolis of the Banditaccia
The Etruscan necropolis of Banditaccia is situated on a hill in the northwest of Cerveteri, where thousands of tombs are situated - about 400 ones -, even if only 10 hectares can be visited. The most ancient ones belong to the so-called Villanovan period - 10-18th century BC -, and the most recent once date back to the Etruscan age, from the 6th to the 3rd century BC. The oldest have been found in Cava della Pozzolana. It took its name, because at the end of the 19th century, access to the area got forbidden, at the end of the 19th century, by order of the owners of the time. The oldest tombs are characterized by the classic shape of a cockpit, were the ashes of the dead people used to be put. The Villanovans used to cremate that people, even if they finally started to bury them in little holes. From the 7th century BC, two different types of sepulchers became common, and one of them consisted in long lines of tombs. They were situated along sepulchral avenues: such as Via dei Monti Ceriti and via dei Monti della Tolfa. Both of them date back to the 6th century BC, and they are the best examples of tombs all over the world, created in a tuff circular structure where they used to create a representation of the dead person's house, around a corridor - the dromos - facing on the other rooms. The precision of the details in these sepulchers gave the opportunity to better study the culture of Etruscan people to historians. One of the unmissable ones if you visit this historically important place is the tomb of the Rilievi, dating back to the 4th century BC, property of Matunas family, according to the inscriptions you can find inside of it: it is perfectly preserved, and you can still see the frescoes on the walls are on the columns. For this reason, it is actually possible to see it through a glass only, put there to protect the paintings on the walls. Most of the artefacts found in the necropolis of the Banditaccia have been moved to the National Etruscan Museum in Villa Giulia, in Rome, and others are stored in the collections of other important museums in the world. Only a few of them is still stored in the National Museum of Cerveteri.