The archaeological wonders of Ostia Antica

The ancient Latin poets used to say: "Roma caput mundi", the capital of an empire of almost global dimensions. But we should say Ostia also had an important role, according to its size. So, if you are on holiday in Rome or nearby, we suggest you to spend a day in this ancient part of the coastal area of the capital of Italy. Ostia Antica is full of historical and archaeological beauties, also because it was born on the sea and on the Tiber - currently in a different position, because of natural changes -, where it has a port, in a strategical military and economical position. It became a flourishing and populous center, especially in the 2nd century AD. Tradition says Anco Marzio - the 4th king of Rome - founded it. He called it Ostia, which means embouchure (of the river), due to the exploitation of the salt pans at the mouth of the Tiber. Between the 3rd and the 4th centuries, it was affected by a period of decadence, because of a political and economic crisis, and the evolution of Porto's development. Afterwards, the city got abandoned and isolated. Here are some tips about what you should see there.

Claudius and Train’s harbours
The first was built by Emperor Claudius, in the north, about three kilometres far from the mouth of the river. It was characterized by the presence of a large lighthouse, similar to the one in Alexandria. This port was important because it supported Rome grain supply. It was possible to unload goods of the ships from all over the world, to load them again on the ships sailing along the River. Later on, between 100 and 112 AD, Train ordered the built of a more internal, more functional and bigger part. It partly absorbed Claudius port, to finally become the "Portus Romae".

Necropoli di Porto
It is a little sepulchral area, hosting about 200 tombs, in the Southern part of via Flavia. All these tombs have similar features: a squared cell, surrounded by a paddock, a facade with Latin and Greek inscriptions related to the owner and to his will, barrel of bricks with some windows, and the door. Over to the bricks, you can see the decoration representing moments of the life of the dead.

Basilica di Sant'Ippolito
The archaeological excavations of almost 40 years ago discovered the remains of a basilica from the fourth century AD. At the beginning, that religious building had three naves - currently you can see just one of it, because the other two ones got closed -; on the left of the church, there is the baptistery.

Ostia Antica village
It is a mediaeval Village, from the 4th- 5th century AD, built in an area where there was a Christian necropolis. Pope Gregorio IV ordered the built of the walls, Pope Martino V built a rounded tower, surrounded by a moat, and Cardinal Giuliano della Rovere finally built the castle, in 1483. This group of monuments shows a Renaissance architecture. In 1800, the village got abandoned, to become the billet of the prisoners. 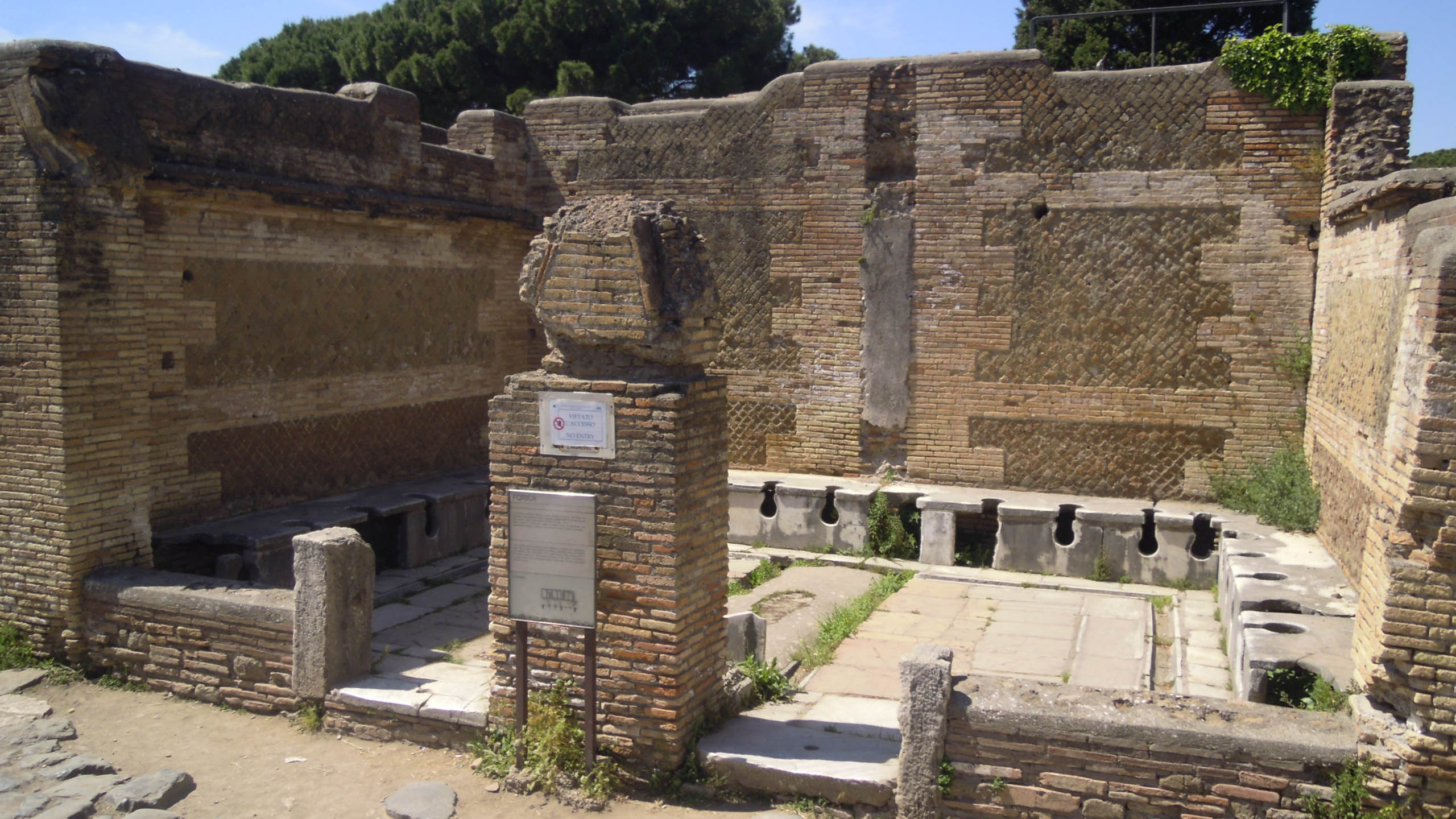 Tor Boacciana
The Boacciana tower has a mediaeval origin, and it takes its name from the Bovazzani's family - from the 12th century -, and you can see it on the left of the Tiber, near Fiumicino. Near the tower, there are the remains of an ancient Roman lighthouse. Over the time, it also had the role of a pontifical custom, and it probably was the tower Richard the Lionheart saw during the third Crusade.

Casa del sale
You can see a Renaissance building in via Morcelli, with the coat of arms of Gregorio XIII. In the Roman imperial age - there are some remains of wolves from that period - the building probably was a store of salt.

The coastal residence of Procoio
You can also see the remains of Procoio's residence, at the end of via Pianabella. It was an agricultural estate, served with a big two-floors-cistern, a thermal baths establishment, and a big wall surrounding the building including the sea. It took its name, because in the ancient Roman countryside the "procoio" was there animal paddock.

Chiesa di Sant'Ercolano
You can also visit the mediaeval religious building dedicated to Saint Ercolano, probably from the 4th or 5th century AD.
According to the legend, the church was built where the bishop of the city was killed - lately become saint -, after the Goth attack, during the Greek-Goth War, in the 6th century. Ercolano bishop tried to defend his City, but they cut his head, and his body was abandoned near Por¬ta Marzia.

Necropoli and basilica of Pianabella
Pianabella occupies a very big territory - about 50 hectares - and it is situated in the South-east of Ostia. A Christian basilica takes place in this enormous area, from the 4th century AD: it was discovered only in 1976, when a lot of works were found there. The church has only one nave; in the centre there is a paddock containing about 1000 tombs one on the other. It was used especially as a sepulcher until the 9th century, when the area got abandoned. 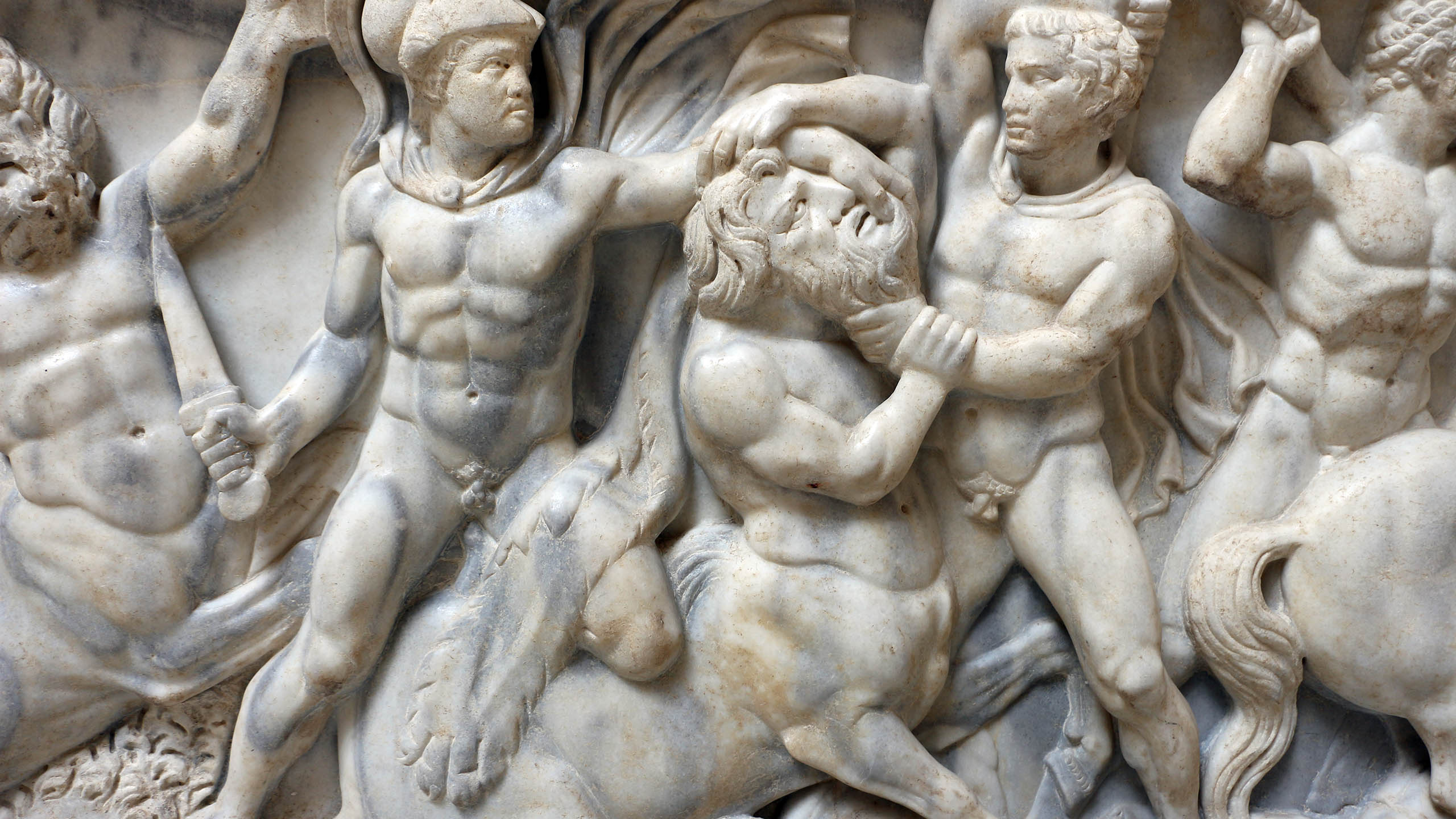 Tombs in the area of the former "Opera nazionale combattenti"
It was the institution that distributed the divided agricultural area of Ostia, after the war. In its area, there have been found some sepulchers not well kept, so that they decided to cover them again, between 1923 and 1938. This probably is the evidence of a big necropolis situated in the north of Isola Sacra.