The curse of the broken bridge across the Tiber

Tourists visiting Rome, walking along the Tiber between Trastevere and Porta Portese, can see the remains of an ancient bridge right in the middle of the Tiber.
The history of what the Roman Pons Aemilius was is connected to several legends so that one of them talks about a curse on it.

The Broken Bridge
It must be said the marble ruins of this bridge emerging from the muddy waters of the river crossing the Capital have a twilight charm. Only wild plants are the true leaders there, growing and creeping by the cracks formed over the centuries.
Roman people have always known it by the name of “Broken Bridge” but its real name is Pons Aemilius, in honor of Marcus Aemilius Lepidus who wanted to build it, to join the river banks in a strategic point, in 241 BC.
It was built to replace a previous wooden bridge damaged by an exceptional flood that interrupted the passage on the Tiber existing before. The two censors of Rome, Marcus Fulvius Nobilior and Lepidus were charged with the task of overseeing the construction of a stone bridge, never made before that time.
Pons Aemilio became the longest bridge among all those existing in the city, and this was the reason why its construction took a very long time. From the beginning till the end of the work, it actually took thirty years.
The point where they decided to intervene was considered a strategic one, as it facilitated the possibility of transporting goods and people between the western side of the Tiber - where there already was a community of Jewish merchants - and the Porta Flumentana, on the other side. The Porta Flumentana was a neuralgic point for those visiting Rome for business, as it was the closest door to the Circo Massimo, the Campidoglio and the Forum. The bridge: a mistake or a curse? Pons Aemilius - or we should say the Broken Bridge - was the protagonist of several legends telling about curses. The reason lies in the number of times it got damaged by the river's impetuosity, implicating many restorations and renovations. But between legend and truth, often a river runs. And we have to start talking about Tiber itself to discover the causes of the several problems the Pons Aemilius had by the centuries. Even if it was situated in a strategic position, the bridge was built in a point where the banks create a particular water turbulence, causing damages. Another reason why it got damaged several times is it was built after the Tiberina island that blocked the river flow, increasing its strength and speed. Two centuries after its built, the bridge needed a restoration, during the Augustan age, after which it was called the Pons Maximus, because of its width.

In the nineteenth century, the bridge changed its name once again, becoming Ponte Santa Maria, because on the eastern river there was a temple moved into a church dedicated to Saint Mary of Egypt. Citizens gave it several different names, before it took the final name "Pons Senatorius", after an important restoration financed by the senators of the city.
As you can imagine, the damages took place several times as well as the restorations, until the 13th century, when the bridge finally collapsed. It was rebuilt, but probably in a wrong way, so that after only two centuries, it got seriously damaged once again. 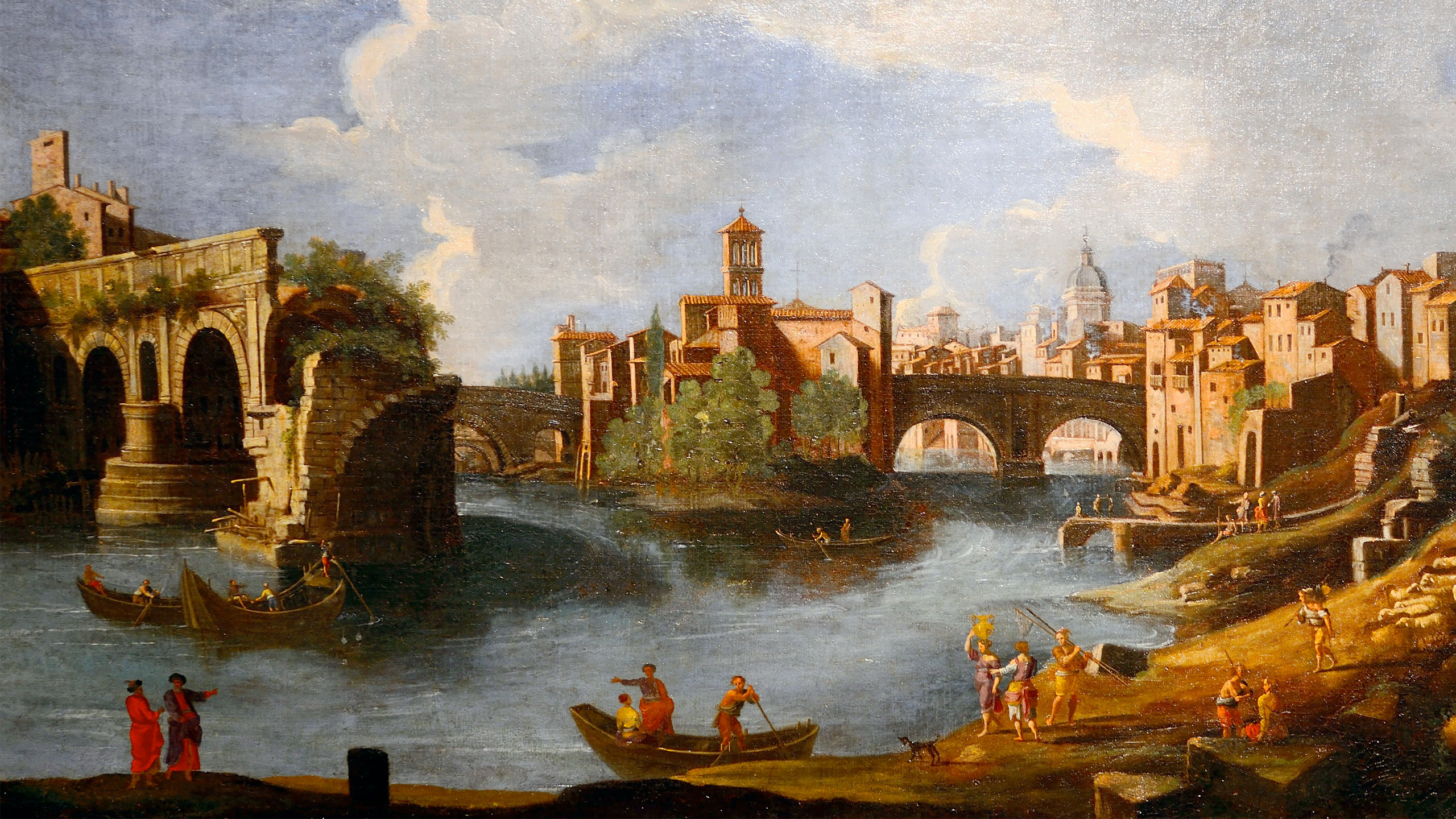 The curse still exists nowadays
The conditions of the Pons Senatorius attracted the attention of Pope Giulio II, who entrusted Michelangelo to make a new project. Also the architect Nanni di Bigio took part to the built of the bridge, building one of the pillars and a little chapel in the middle of the building as the Pope asked. In the middle of the 16th century, the bridge got damaged again by a flood, so that Pope Gregorio XIII had to order its built once again, 20 years later. A water duct was built in that occasion, to bring water to Trastevere District, but after a few years, almost at the end of the 16th century, the bridge was affected by an incredible overflow, destroying three out of the six arches and the duct itself. Only the right side of the bridge resisted, being a sort of garden until the end of the eighteenth century, when got finally abandoned because condemned.
In the middle of the 19th century, the engineer Pietro Lanciani made the project over metal corridor to safely cross the Tiber. It was a temporary solution because they decided to destroy it, because of the built of the new bridge next to it, the Ponte Palatino.
Two out of the three arches of the Broken Bridge were taken away, abandoning it in the conditions you can see nowadays.

All the bridges connecting the two banks of the river are rich in history and characterized by an incredible beauty, such as the historical Ponte Milvio - called Ponte Mollo by the Roman citizens -, or the majestic Ponte Sant'Angelo, and all of them are connected by some legends making them magic and mysterious.
But the Broken Bridge is characterized by something making it really special. Maybe because of that sense of strength even if you can see just a ruin, or maybe because of that melancholic but sweet atmosphere, or just because it seems to be a sleeping giant in the middle of the river: however, people able to observe it in the right way, forgetting the traffic around them, can see how beautiful and one-of-a-kind it is, thanks to its wild flowers bringing out the cracks, as the wrinkles of a time that goes by.