Surroundings of Rome: The cyclopic cities of the Lazio region in Italy, with polygonal walls

With this follow-up about the surroundings of Rome, we will let you discover the archaeological treasures throughout Lazio: the cyclopic cities. They are cities surrounded by enormous defence walls, similar to the Mycenaean cities in Greece. In order to discover them, we will tell you about their origins, where to find them, and which are the most important monuments.

The origins of the cyclopic cities
According to some scholars, the cyclopic cities were built by the Roman ancient people, but as they are situated only in Lazio, it is possible they were built in the age before the Roman expansion in the area. Most of these cities are situated in the south of the region, around the Ernici mountains: just some exceptions are situated in other areas, such as in Segni.
According to their origins, probably these settlements were built by some autochthon civilizations, such as the Volsces, Ernici and the Etruscans: for this reason, the Roman people compared the cities and lately absorbed them in their territory. It is also possible the ancient Roman people restyled those cities, so that the idea their origins are Roman is not totally wrong.
There are no evidences telling about the foundation of these cities: the main evidence comes from some Roman documents telling about the existence of fights and alliances among the Urbs and one or more of these settlements. Clearly, the ancient peoples of Lazio and their settlements were gradually incorporated in the area under the Roman control. We can certainly say among these people, they were the Ernici: they led a group of cities allied against Rome, including Anagnia, Ferentinum, and Verulae.

Why were the cyclopic cities built?
The cyclopic cities - as the name itself says, inspired to the famous giant by the ancient mythology - are characterized by megalithic defensive buildings, and by strong walls made of big masses around the settlements; the consequence is they were probably built as a defence. However, the explanation could even be another one. Some of these buildings actually show the presence of peculiar plants or decorations, recalling religious symbols typical of the people of the area. For example, in the Acropolis of Alatri and San Felice Circeo there is a common map of the building recalling some astronomical symbols, a clear reflection of the mystic influence the designers had on the project.
At the same time, you can admire many low-reliefs with phallic motifs or other symbols, such as the three phalluses of Porta Minore in Alatri, in the fortification of Grotte di Torri in Sabina: these symbols remember a religion tradition together to a defensive one. Another evidence is recognisable in some recesses on some walls - still visible in Alatri -, probably used to host statues of divinities or low-reliefs depicting religious images Such As Eagles, Cyclops and so on. At last, recent studies have demonstrated the presence of some astronomical projects very ambitious for the time - similar to some very famous ones, such as the English complex of the Stonehenge: in Alatri, you can still see the structure of the walls and the Acropolis makes you see the sun rise aligned with the North-Eastern corner of the complex, during the summer solstice. In the same point, if weather conditions are favourable, you can see the perfect intersection between the ideals line connecting the gates and the towers of the walls.
Examples of the genre are visible in other cyclopic cities. An example is the structure of the lower town of San Felice Circeo, where you can admire the alignment between the sun rays during the summer solstice, the southwest corner of the Acropolis and the main door of the lower town. Also the axis of the city of Norba is aligned with the sun, but during the sunset at the summer solstice. 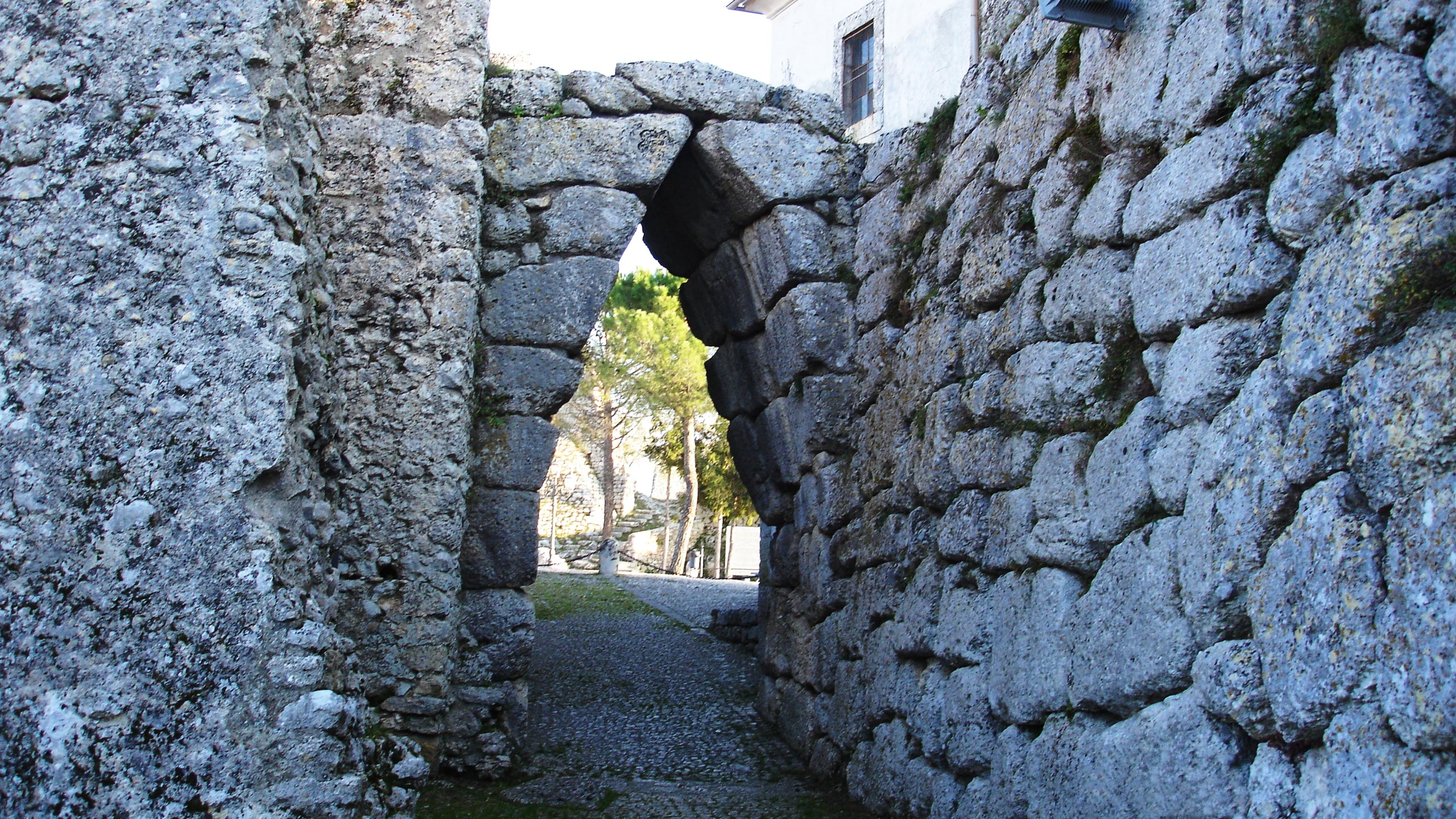 The main cyclopic cities
As we said, in all the cyclopic cities you can see polygonal walls comma made of stone not uniformly squared blocks, one on the other. The immensity of the projects recalls the tradition narrated by Euripides and Strabo, According to which, the walls were built by the giant cyclops - to highlight the extent of the energies and efforts necessary to build them. for example, The architrave of Porta Maggiore in the acropolis in Alatri is more than 27 tonnes.
To suggest you a perfect tour around the cyclopic cities in Lazio, it is important to tell you about the unmissable destinations: The majority of them are situated around the Lepini and Ernici mountains. in this area, you can find the ancient city of Norba, on the Pontina plain you can access by a door of a big cylindrique tower: this city probably is the ancient site of the Volsces people. Near Norba, where is the city of Cori, where you can find some remains of the buildings built near the polygonal walls. Going through the Valle del Sacco, along the side of the Prenestini mountains, you can admire the city of Palestrina and Castel San Pietro Romano: here the ruins certify the presence of incredible cyclopic walls, too.
The most important destinations are situated near the Ernici mountains, in the Ciociaria: the Remains of the ancient cities of Ferentino, Alatri and Veroli, each one still almost perfectly preserved remains of the megalithic walls. But if you think you don't have enough time for a tour around all the evidences about the megalithic age in Lazio, here are some suggestions about other monuments worth a visit. First of all, you should visit the Acropolis of Arpino: its door is made of two big 3 metres tall polygonal blocks, under a long and heavy architrave. another particular and suggestive place you should be as it is Ferentino: its Porta Sanguinaria represents one of the best preserved examples of polygonal works. Here the blocks are disposed to form an ogival arch, giving it a monumental appearence. The Acropolis definitely is worth of a visit, too.