Piazza del Gesù and its everlasting wind
Anyone living in Rome knows it well: in Piazza del Gesù a strong wind always blows. And if this can appear something irrelevant, you should know a very ancient legend is connected to it, telling about a devil, told by Stendhal. According to it, this everlasting wind is the consequence of a meeting between the devil and the Wind itself, when they met in the square, in front of the church, while they were walking around the Eternal City. The two friends - if we can define them "friends" - talked a lot, till the Devil asked the Wind to wait for him in the square, while he was entering the church to do something he had to. However, the Devil has never come out the church, and the Wind has always been in the square, waiting for him. So the Wind has spent all its time lazing around the square, till nowadays. And together with some people trying to give a rational and scientific explanation to the everlasting wind in Piazza del Gesù, there are others believing in another legend, less known but even more mysterious.

Lucifer and the cart pulled by the Wind
It is told, Lucifer has really entered the church without coming out anymore, because he got astonished by the beauty of the church, so that he decided not to share it with anybody. He became so jealous, he decided it had to be his property. But as long as he could not take possession of a church, he decided to destroy it. He waited for the night and he came back to the square by his demonic cart, pulled by the Wind itself. Once he stopped in front of the church, Lucifer got astonished by its immense beauty, so that he forgot to destroy it before the Dawn arrived. And when the Dawn finally got there, the Devil understood he had to escape. Running away so fast, he forgot the Wind there, so that it has been waiting for him for centuries. Maybe, he will never come back, for the same reason anyone looks at the church - the Devil himself, too - gets astonished and risks to remain there forever, admiring its splendour. 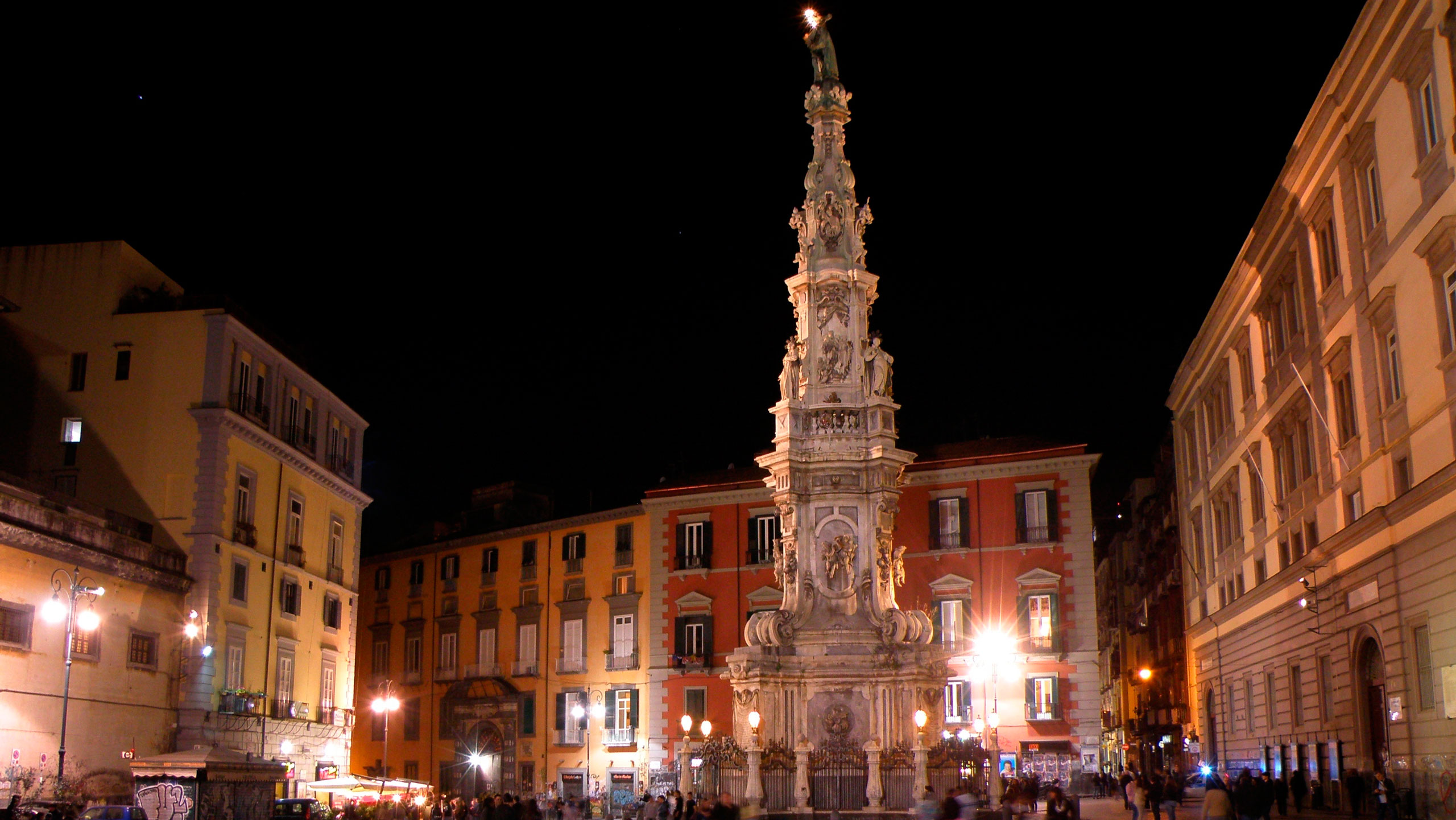 The origins of the legend
The legend, told by Stendhal - a famous admirer the Italian art -, seems it has two different interpretations. Some people laugh at it, saying it was a way to say Jesuits are so able to convert people, they converted the Devil himself. Others think the story got actually invented by Stendhal, who wanted to criticise the Jesuits, joking they would be able to attract even the devil himself, but there are several more legends about it. Roman people has always told stories about the everlasting wind, and there are many popular legends about the Piazza del Gesù, in Rome. But pragmatic people found a very easy explanation: the square is in the middle of 5 wide streets, Corso Vittorio Emanuele II, Via del Plebiscito, Via del Gesù, Via d'Aracoeli, and Via Celsa, so the wind from these streets enters the square creating this everlasting phenomenon.

The majesty of the church
Entering the church, you can immediately understand why the Devil got astonished and he didn't want to go out anymore. The richness of the frescoes, the stucco decorations and the perspective illusions are wonderful. Their exclusivity and the innate beauty of the place makes visitors fascinated, so much to desire to stay there forever. The several legends about the church come from its beauty, because everything inside the church is unbelievable. Starting from the illusive fresco of the Triumph in the name of Jesus, by Giovanni Battista Gaulli, you can go on discovering the peculiarities of this church. The interior has a Latin cross map, with a nave where there are several side chapels. Among them, of them are really special, such as the chapel of St Francesco Saverio, the Christian missionary killed in China, in 1552. Visiting the place, however, you cannot miss the amazing Chapel of St. Ignazio including 4 columns of lapis lazuli and golden bronze, together with the ancient green architrave.
The chapel was built between 1696 and 1700, by the Jesuit Andrea del Pozzo in honor of Ignazio di Loyola, a Spanish soldier whose ashes are in the chapel. Around the altar, you can admire 5 sculpture groups, including the Triumph of Faith upon Idolatry, the Approval of the Society of Jesus - a theme closely linked to the life of Saint Ignatius di Loyola -, but also the Glory of St. Ignazio, the Canonization of Saint Ignazio, and the peculiar group of sculptures representing religion triumphing over Heresy. Each one of these groups was created by world famous artists, as they are eternal works of art, in the Eternal City.

The works of art in the Church
Local wonders are endless. Each painting hides much more than it seems. Observing the local characters, discovering their features and details, their movements and deeply understanding the strong meaning they have could make any tour of the church even more colourful. And if each work expresses a peculiar message, a wide overview allows you to go deeply in the strong essence of the stories and their passions, and that's why the devil has never left the church.