The mystery of the holy wood of Nemi

The lake of Nemi is a volcanic basin, located near the Albani hills, in the area of the Castelli Romani. During the ancient times, the lake already was an amusing place for holidays, chosen by the rich Roman families. Near the lake, there were also an ancient religious building and a holy wood, both dedicated to Diana goddess, protector of hunt. Nemi actually takes its name from Nemus Dianae, the area dedicated to the goddess, where a building dedicated to her was lately built; we are talking about the so called Diana temple, originally situated on the coast of the river, but currently about 100m far from it, because of the reduction of the basin surface. The historical importance of this place is confirmed by the wealth of archaeological remains. After centuries, this place is still characterized by legend and mystery, making it a very trendy attraction you should visit. Are you ready to discover the mystery of the holy wood of Nemi?

Nemi's wood
Nemi is a wonderful village situated near Rome, on the hills surrounding the lake in the heart of Castelli Romani. Located in the heart of Colli Albani, more than 500 metres over the sea level, it is the smallest town of Castelli Romani, famous for its strawberries cultivation and festival, taking place every year, on June. The city centre is situated in a panoramic position facing the water, and it is famous also because it was the place where two Caligola's ships were found - stored in the Museo delle Navi Romane, until their destruction in 1944. The etymology of the term Nemi is connected to Nemus Dianae, and at the same time to the Celtic word "nemeton", the term the ancient North-European populations used to talk about holy places. The common matrix of the two words has inspired an investigation about the events and the magic of the place. The incredible beauty of nature around the lake astonishes visitors from centuries, even if not so many people know the mystery of this peaceful place. Surrounded by the wood around the lake, from the very far past, to the Middle Ages, a secret ritual has taken place, taking its origins probably in the ancient pre-Roman culture. An old legend reveals the mystery about the lake and about the road, telling about the daily presence of goddess Diana Nemorensis, who used to mirror herself in the water of the Lake. We don’t know a lot of things about the area dedicated to her: we only know the temple was founded in 495 BC, by Cato the Elder. In the temple, some remains were found, representing the goddess keeping a torch in the right hand. This makes us understanding fire was very important and symbolic. On 13th of August, they used to celebrate a fire festival, similar to the Celtic North-European cultures events, taking place in particular moments of the year. During the ritual the whole wood was lighted by torches mirroring themselves in the lake, and the believers used to live offers in front of the Holy Fire in the temple. During the monarchy, on the other side of Via Sacra, in the Foro Boario in Rome, a resting place dedicated to Diana was built, where the Vestals used to store the permanent Holy Fire. So, we obviously suppose the extraordinary importance her cult had among the Roman people. By the time, Diana absorbed other meanings, such as the wish of abundance and fertility. For this reason, the sanctuary was the destination of thousands of women, going there offering a little torch, hoping the goddess could help them to grant heirs to their husbands. 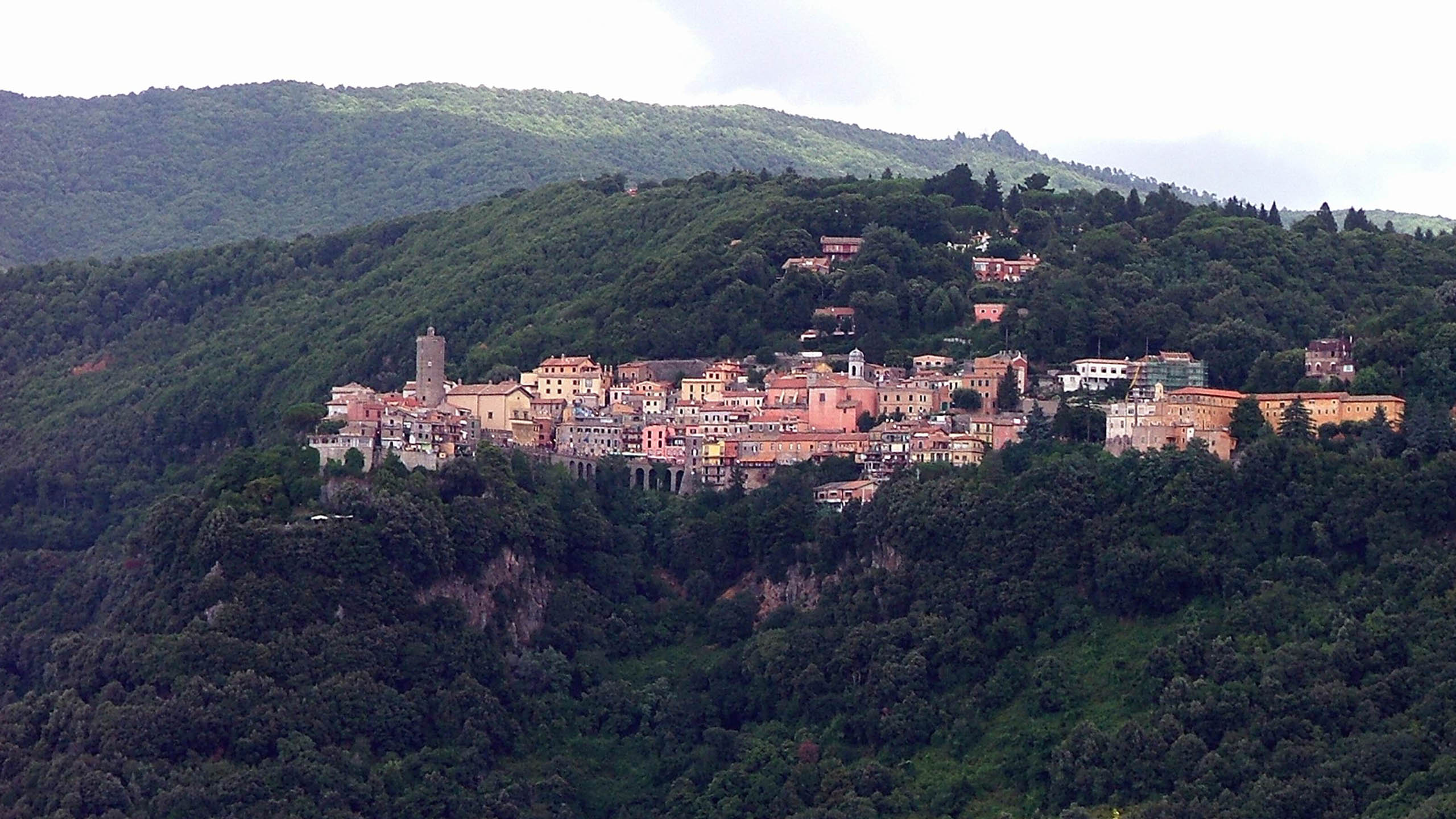 The origins of the cult of Diana
Even today historians have different opinions about the origins of the hand goddess cult: some of them think it is connected to italic peoples; others give it an endemic origin. Some of them think it took its origins from far away, from Crimea, where Artemis was venerated. Despite of the theories about its birth, they most interesting aspect is the one connected to the similarities with the Celtic rituals. The temple was in front of the lake, on two levels, where the Via Sacra directly arrived - demonstration of the very important value of the place. Today, we have really a few remains of this place, except for the altar where the 3 rituals offered to Diana took place, in the place where the king of the wood probably lived. According to the legend, there actually was a tree in the Holy Wood, with a man standing next to it, hanging a sword. The man was a clergyman, but also a king, everyday guarding the Holy tree, by day and by night. The legend also tells the person able to break a branch and kill the king would have taken his position, showing cures similarities to the Celtic mythology. In Northern-European culture the goddess Dana - often named Danu -, mother of the Gods, has the same features of Diana, and the presence of the King-clergyman protecting the tree was connected with the development of the seasons and of the natural cycles of the year, usually background of the Celtics tales. Even the Roman people - that were accustomed to absorb the culture of the people they used to conquer – considered this tree a holy one, so that the vestals used to keep the fire on by oak wood itself. The Celts themselves considered the oak a holy tree, especially when there was mistletoe on the tree: growing up on the highest branches, it in the natural connection between earth and sky, and so between the human and the divine world.