The panoramic terraces of the Horti Farnesiani, on the top of the Palatine

The Fascination of the Horti Farnesiani
The Horti Farnesiani on the Palatino hill is the first botanic gardens in Rome, and the name comes from the ancient noble family owner of the area: the Farnese's. It actually dates back to the end of the 16th century, when they bought it, to create a wonderful vegetable garden with a great view. The nephew of Pope Paul III, Cardinal Alessandro Farnese, commissioned the architect Girolamo Rainaldi to realize the Horti Farnesiani.
This decision came from the will of having a green area, designed in any details in the heart of Rome, somewhere leading the Eternal City, and where to take advantage of some relax far for from politics and daily life; on the other side, it was an intervention addicted to demonstrate the power of the family. That’s the reason why they decided to give it its name, since the beginning; it was connected to the expression "hortus conclusus", from the Cantico dei Cantici. The metaphor describes the garden as the symbol of human life, because of the high wall surrounding this type of spaces. Consequently, the soul garden was separated by the rest of the area, and protected by the external world, whose entrance represented a ritual.
The external world was led by chaos and uncertainties, while entering in the “hortus conclusus” meant to arrive in an off-limits place, where human beings could change their condition, to find their original purity. That’s the reason why it could be just a very quiet place, to represent the Eden garden’s grace.

The structure of the Horti Farnesiani
The Horti Farnesiani is the most ancient botanic garden in the west, and it occupies a big area surrounding the Farnese's residence, so it could be the location where several meetings and shows could take place, too. The entrance of the garden had a big door, now moved in the archaeological area of San Gregorio.
The Horti Farnesiani still maintain their setting, made of several panoramic terraces bringing you to the Theatre of the Fontanone. Inside the green area, you will see the Rain Nymphaeum, a very pretty place. On the top of the garden, there are two main buildings and aviaries, named "Casina affrescata", recently restored in 2018. In front of them, you can see some remains from the ancient imperial buildings and a baroque fountain. It is the same place where you will discover the panorama from where to see the area where the Domus Tiberiana was situated - built by Emperor Tiberius -, and the Foro Romano.
The garden is a very quiet place in the Heart of Rome and it's very peculiar because it is very big, as it occupies the whole surface of the northern Palatino hill. It is one of the most interesting attractions in the Eternal City, because its mix of styles. At the same time you can admire several types of plants from all over the European continent. Many of them are very ancient, because they have been there since the beginning.
In addition to rates, bays and cypresses, there are also citruses that give a particular perfume to the area. Please, don't forget they were considered decorative plants during the Baroque period. In order to make the garden even more evocative, there are several climbing plants that increase the beauty of the garden. 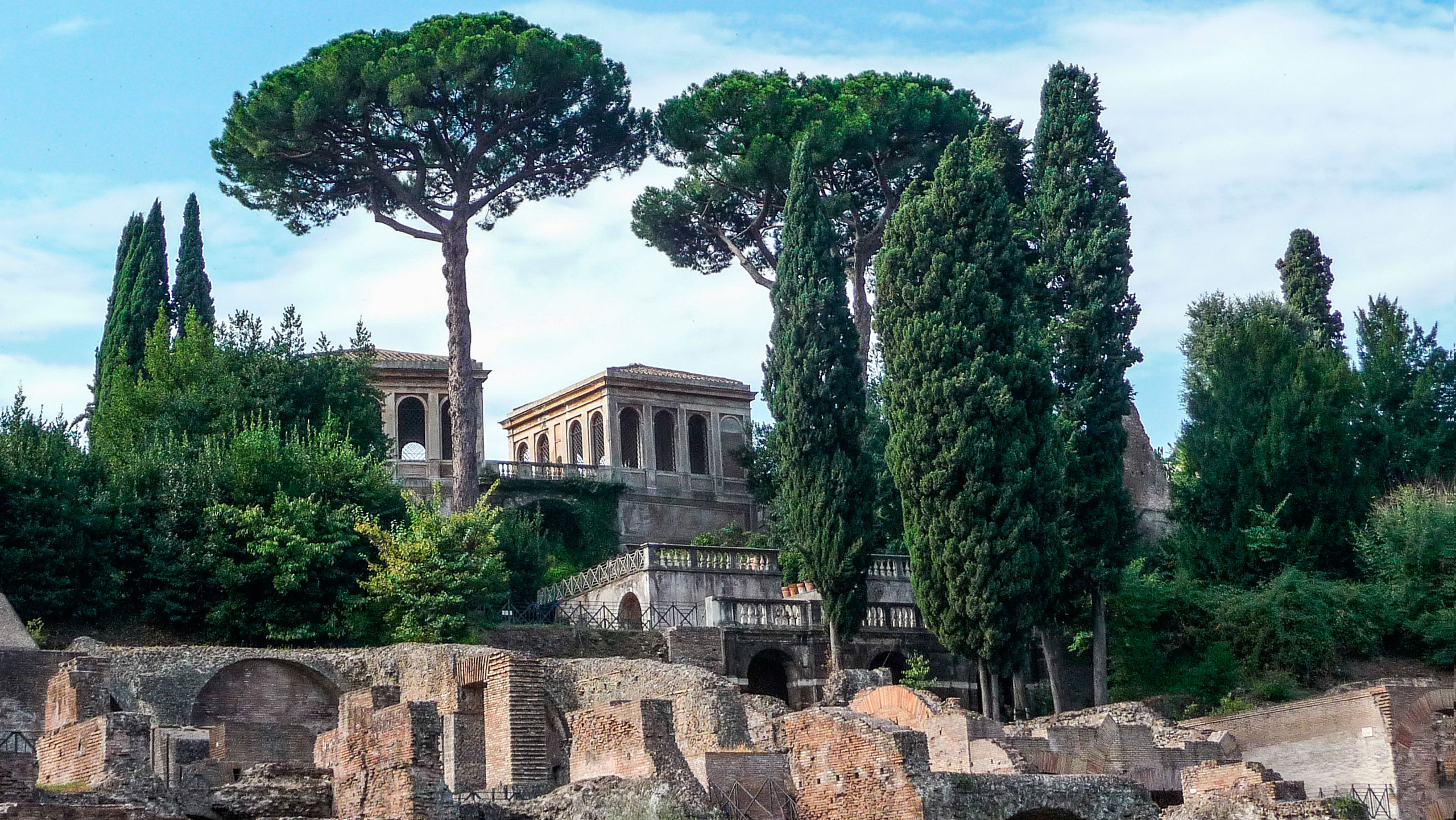 The panoramic terraces
The decision of building this place was connected to political and architectural reasons, as it could demonstrate the political and institutional power the family had. The choice of the location is connected to both the reasons: the Palatino hill was one of the symbols of Rome, connected to the foundation and to the several imperial dynasties.
It's important to remember there were several imperial buildings in the area, actually part of the garden nowadays. However, this decision also led to the loss of part of the Botanical Gardens, as they got abandoned during the period between the end of the 80s and the beginning of the 19th century. On one side, this problem made this place more interesting for the European Grand Tour protagonists, but on the other side, the diggings have damaged or even destroyed some areas of the garden.
Nowadays, the space you can visit is just a little part of the original surface. Despite of it, the fascination of the garden has survived, probably because of its location. It is one of the most beautiful viewpoints of Rome, because it allows a detailed view, especially on some sites of considerable interest.
This is one of the reasons why the gardens situated in Via di San Gregorio 30 are one of the destinations you can't miss, if you decide to visit the Eternal City. It actually is a place from where admiring the Italian capital in a very quiet way, surrounded by at green area rich in history and fascination. It is open from 8:30 a.m. till 7 p.m., and it is part of the Fori Imperiali ticket system.