The secret garden of Livia Drusilla, survived for 2000 years

Talking about the secrets and the fun facts of the Italian capital, and about the great Roman Empire, we can't forget the residence of Livia Drusilla, the then wife of Emperor Augustus. For almost 2000 years, nobody has thought there could be a nymphaeum, under the great building, to preserve a wonderful painting: a fresco-garden. Only in 1863, thanks to a casualty, the entrance was found underground, where a work of art on the walls was situated: the Secret garden of Livia Drusilla.
The quality of the realisation, the completeness, the attention to details, but also the date - it was probably made between 40-20 B.C. - made it one of the most beautiful works of art of the city. And it is not so obvious, considering the several works of art Rome hosts. Unfortunately, due to the damages caused by WWII, they decided to take the frescoes off from the walls, in order to save and preserve them. It took 2 years to do it, from 1951 to 1952, by the Institute for conservation and restoration of works of art. From that day, the secret garden has been stored in the Museo Nazionale in Rome, in the section Palazzo Massimo alle Terme.

The underground nymphaeum, under the residence of Livia Drusilla
According to some historians, the work was made by Ennio Libone , by Livia Drusilla's will herself. They believe the artist was not famous yet at the time, and he considered it an absurd proposal. Making a garden...underground! An action impossible where no sun shines, and oxygen is so lacking.
But you could not say "no" to the Emperors' wives. You had to obey, and so Ennio did, making one of his best masterpieces. Plants, flowers, birds, but also fruits: all the elements of an imperial garden. It seems the work lasted 2 years. It was rich in details, alive, as if it wasn't just a fresco, but a real one. Watching it Livia could even perceive the perfumes of the plants, touch the laurel, and hear the wind on the leaves. Just a little bit of imagination, and the garden became full of fragrances.
The author of the work, regularly went there to check the work was in good conditions. Years by years, Ennio Libone took care of the colours of the garden, without knowing it would have taken almost 1800 years to see the light.

The fascination of the Secret garden of Livia Drusilla
The technique used to make the painting is greater than usual. Everything is perfect, so it represents one of the best works of art of the ancient times. At the time, the garden was used to move the visitors to a sunny day, while outside the nymphaeum it was raining; nowadays it has a completely different task.
It allows us to discover the important value the garden had during the Roman Empire, but also to find out the immense love Livia Drusilla had for plants and nature. There are 23 types of plants and 68 avian species, and many birds. The Secret Garden gives the effect of profundity, as it went over the wall. 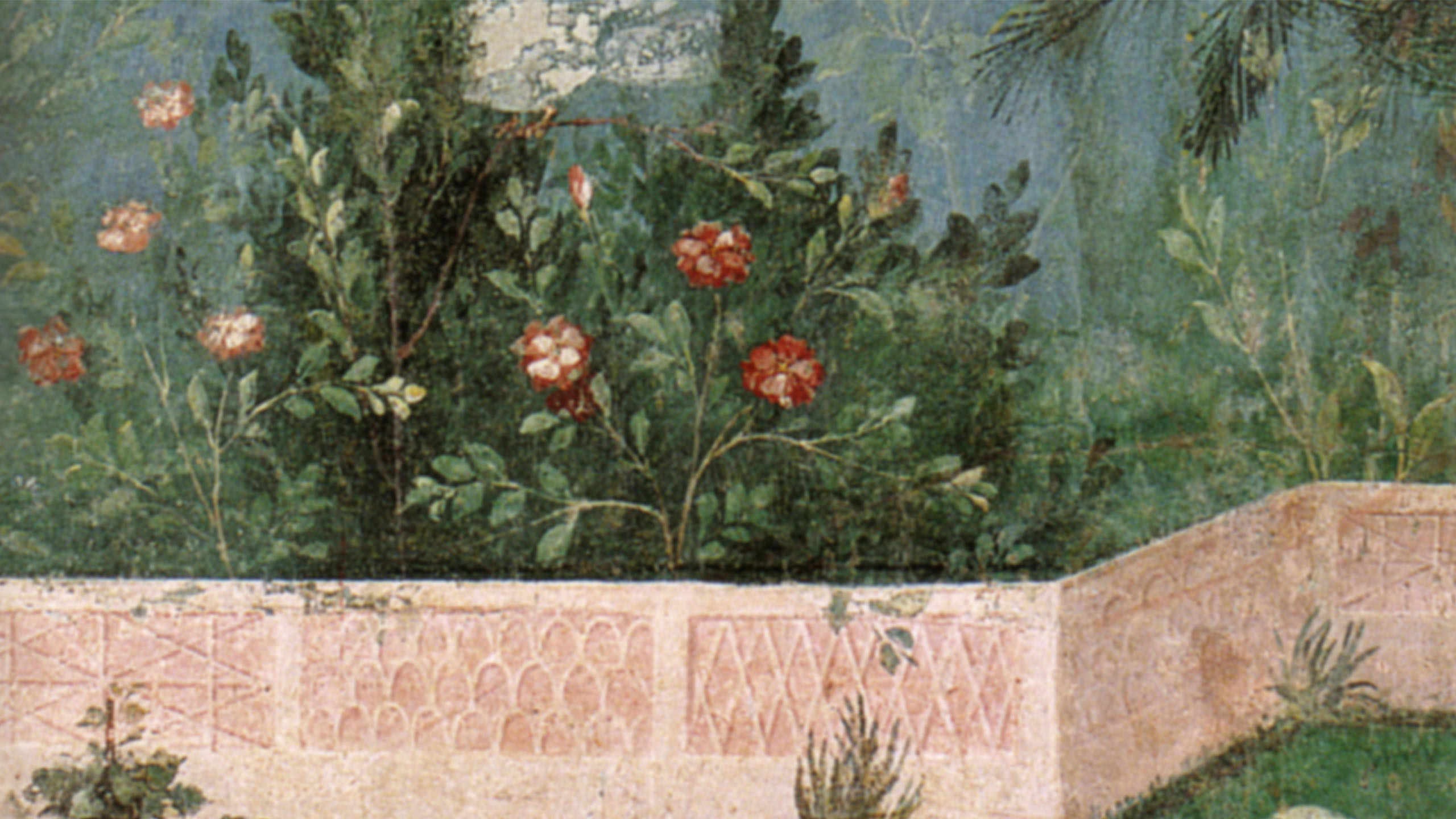 A secret underground
A simple nymphaeum became a peaceful and magic oasis, thanks to the efforts of an artist. According to the historians, Livia found peace there, far from the other people. She rested, after the hard work she did for the State, and at home. In her secret garden, Augustus' wife used to remember the far day of her wedding: the eagle bringing her a white hen, keeping a laurel branch.
And that was exactly the sense of the request she made to Ennio Libone: the power of a peaceful place, where to rest surrounded by her memories. According to the legend, she planted the laurel the eagle that brought her in the exact point where the residence was lately built.
Augustus probably died there, maybe poisoned by his loved Livia: but this is just a legend. Some people actually say Livia poisoned the figs the Emperor loved so much; according to other opinions, the couple death was just the consequence of power games. Since then, the fresco has been witness of the events influenced the history, to be finally forgotten.
Nowadays, it represents a wonderful possibility: discover the Roman Empire events once again, to observe art in its purest status.
That art, the one making you remember the hot summer days Livia Drusilla found asylum in her secret garden. That art nowadays attracting numerous visitors, from far far away, just looking for emotions and sensations only art can give, to immerse yourself surrounded by the wonderful plants, birds, and fragrances, then forgotten, but