The terrace of the Pincio: one of the most evocative places of the Italian capital

The Pincio - by the Latin name Mons Pincius, commonly named Colle Pinciano - is a hill on the north of the Quirinale, oriented towards Campo Marzio. The gardens on the hill are wonderful, surrounding the suggestive Napoleone I square, on the top where you can see a wonderful panorama of Rione Prati, Piazza del Popolo, and the whole city.

The view from the terrace is so wide it reaches the Saint Peter's dome and Monte Mario on the north, the Gianicolo on north-west, and the Eur district on the south-west. It is one of the best panoramic views of the city, unmissable step for those who want to discover the city, taking advantage of a higher point of view. By the time, the Pincio has become so famous, all around the world. In Italy, new parks with the same name were created, to honor the Roman one.

The story of the Mons Pincius
The Pincio was situated out of the original borders of the city, excluded from the seven hills. Lately, Emperor Aureliano included it in the walls, in the so called Regio VII Augustea. In the Imperial Age, the Pincio became the favorite place for the most important families of the city: Pompeo, Scipione Emiliano and Lucullo and many others built their houses there, surrounded by the enormous Horti - their gardens. Lucullo ordered to build the famous Horti Lucullani, where Messalina - Claudius' wife - was killed.

A few years later, the Horti Sallustiani were built, by Sallustio, connected to the Horti of Lucullo, in a great property, named "in Pincis". The area got the name of Collis Hortulorum - the gardens hill. The name used to call it comes instead from the Pincii, family who owned a house in the northern part of the hill. In the Augustan Age, the urbanization started thanks to Agrippae who ordered the built of the Campus Agrippae, a big house hosting his tomb, concluded in 6 b.C. Near Piazza dei Santi Apostoli, there were the castra of the first Court of the Vigiles, and the Forum Suarium, pork market. In the III century AD, Aureliano ordered to build a great temple dedicated to God Sun, near the current Piazza San Silvestro and Via del Corso, where they used to offer wine for free - Roman people called it the Vino Fiscalia. 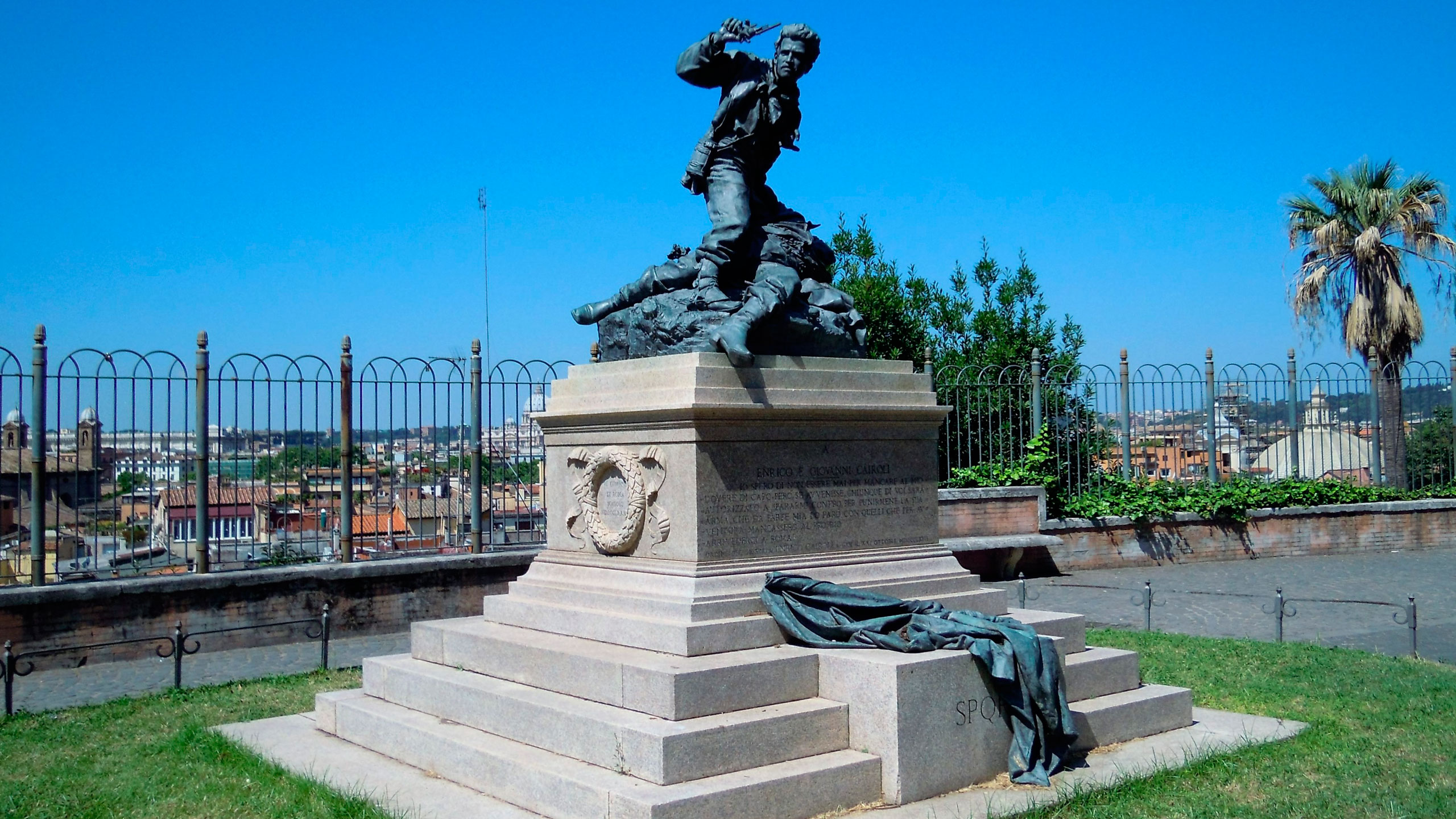 The walk and the Pincio terrace
Until the 18th century, the Pincio was deserted, there were just the house and the area of the Agostiniani of Santa Maria del Popolo, the gardens of the Minimi monastery and Villa Medici. Between 1808 and 1814, the French people conquered Rome and restored the area - almost completely abandoned -, making it a public garden for the citizens that used to live clumped along the Tiber banks.

Even if short in time, the French occupation left many urban re-qualification projects to the Pope, such as the one concerning Piazza del Popolo and the area nearby. In just 8 years, Giuseppe Valadier made the current square and the garden on the top of the hill. From then on, the Pincio - the first urban park in the Italian capital - has become one of the favorite walks of Romans, and tourists. The Valadier project included the connection with Piazza del Popolo and Porta Flaminia, by Neo-Classic architecture. Valadier was able to solve the problem of the incline between the square and the hill, thanks to some curves reaching the eastern side of Piazza del Popolo and Napoleone I's square.

The avenue towards the square is named Viale D'Annunzio, and it is rich in fountains, low-reliefs and some recesses. Also the restoration of the gardens was part of the French project Valadier perfectioned, decorating them by exotic plants, such as the palm trees along the walk and many evergreen plants. It is one of the best projects of recent times in Rome, in a perfect mix of nature and panorama. Giuseppe Valadier made his own house on the hill - Casina Valadier - nowadays a public café. You can get to the wonderful walk by the steep stairs towards Piazza del Popolo, from Viale delle Magnolie and Villa Medici.

Along the avenues, many statues and busts were set, by Pope Pio IX. By the time, they got even more numerous, so that at the beginning of the 70s, there were 228 statues dedicated to historically famous people. The female characters honored to be part of the group are just three: Santa Caterina da Siena, Vittoria Colonna and Grazia Deledda. The Pincio is one of the most romantic walks of the Italian capital, site of tens of advertisements and movies, and step of any tourist tour: you can't miss a break in front of a so touching panorama!