Tricolour celebrations on 2nd June and the Republic parade

During the 2nd June tricolor celebrations, the Italian people and institutions celebrate a very important festivity: the birth of the Italian Republic. It is an event to commemorate an historical date: on the 2nd June 1946, a dramatically important institutional referendum took place. After the Fascist period and the Second World Word, the people had to make a choice between republic and monarchy. It was a terribly important moment, as the Fascist regime had been governing thanks to the monarchy support.

Italian people chose the republic, even if by the violence that affected the peninsula. The celebration date chosen has been changed many times, during the ensuing years. From 1948 - the date it was celebrated for the first time -, till 1977, they celebrated the festivity on the exact day the referendum took place, on the 2nd June.

As the world economic crisis was affecting the countries so hard, from 1977, the festivity took place on the first Sunday of June. The decision came from the necessity of saving the working day, in a very hard moment, due to the oil price increase; the Kippur war just happened brought to an embargo against the pro-Israeli countries, and to the energy crises, too.
Just in 2000, the Amato government decided to reestablish the celebrations on the 2nd June, as official date.

How do they celebrate that so important day? Every year the ceremony starts by a very symbolic gesture, connecting the two important moments of that period: the end of the world war – and the consequent death of numerous Italian soldiers – and the institutional change, made by the proclamation of the republic.

They put a laurel wreath on the tomb of the Milite Ignoto, to homage the dead soldiers of the Second World War. The ceremony takes place on the Vittoriano stairs, the Altare della Patria. It is a monument designed by architect Sacconi. The building of the work, dedicated to Vittorio Emanuele II, started in 1885 and finished in 1935. It is situated in Piazza Venezia, where the building with the same name is situated too, from where Benito Mussolini used to talk, and where he established his office.

After the laying of the laurel wreath, they play the Italian hymn, written by the 20 years old Genovese Goffredo Mameli, in 1847, set to music by Michele Novaro. Mameli was a patriot famous for some action against Austrian people, and he gained the captain degree, by Garibaldi’s army.

At the end of the hymn execution, you will see one of the most spectacular and expected events of the 2nd June. The Frecce Tricolori cross the sky of the Italian capital, drawing white, red and green hard shapes; one of the most famous and loved one is the pierced heart. The Pattuglia Acrobatica Nazionale, born in 1961, is the biggest in the world. The fleet is made of 10 planes, one is a solo and the other nine go in formation together.

The planes make about 20 acrobatics, for a 30 minutes show. After the spectacular realization of beautiful shapes, the whole formation makes a 5 kilometres tricolour flag in the sky, accompanied by a lyrical voice singing the hymn. 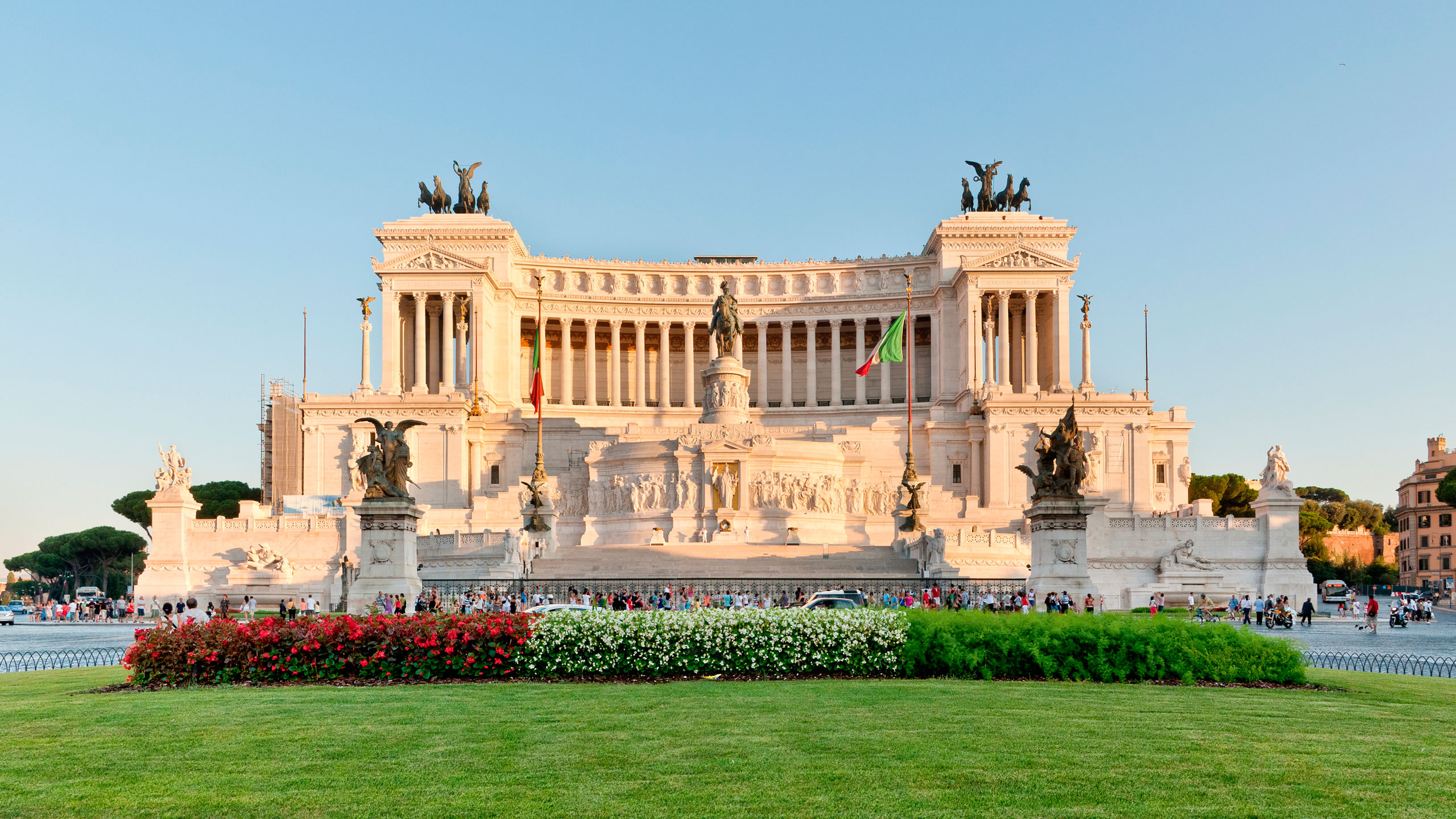 The parade for the Italian Republic
The ceremony is made of two solemn moments characterized by a very rigid system of symbolic gestures. At the end of the Pattuglia Acrobatica exhibition, the second part of the festivity starts. The President of the Republic reaches Via di San Gregorio, on the presidential car – a Lancia Flaminia from 1964 – where he passes in front of the soldiers in formation, together with the Army Commander.

It is a very touching moment, especially for the location where it takes place. On the background there is the Arco di Costantino, the Roman work built to celebrate the emperor victory against Massenzio, during the Ponte Milvio battle in 312 AD. That victory completely changed the world, because Costantino became emperor of Westeros and stopped the Christian persecutions by the 313 edict, so diffusing the Christian religion everywhere. Along the Fori Imperiali the Parata Militare takes place: the forces of the Republic parade, in front of their supreme head, the President.

The Army is accompanied by the Navy, the Air Force, the Carabinieri, the Guardia di Finanza, the Police, the Vigili del Fuoco, the Croce Rossa and the Guardia Forestale.
Despite the recurring debates about the cost of the show, it is a very appreciated parade, loved by tourists and children, too.
The means of transport taking part to the parade are very beautiful, because of their brilliant colours. Some of the old traditions have got lost by the years, making the celebration more civil, than war celebrating: you can still see guards on the horses and the firemen cars, but no cannons, tanks and helicopters.
It is a great show, as it is made of 3500 units.

The Festivity ends in the Quirinale gardens
The ceremony ends in the afternoon, when the Quirinale gardens get opened to the public; they were built to honor Guglielmo II, in 1889.
You can extraordinarily enter the gardens, where you will see the geometrical flower beds, along the Viale delle Palme. The gardens host many species of plants.
You will finally see the Fontana delle Tartarughe and the one with dolphins. You will get astonished by the richness of plants you will see there, such as palms, roses, pines and cedars.Do you want to stay in Rome?