Visiting Rome: Every bridge in Rome tells about its history...

During the Republican and Imperial age, Rome gained its supremacy over its historical opponents without sacrificing an engineering construction of absolute value. If the aqueducts are considered an engineering masterpiece of great level in the Urbs, we can say something similar about the bridges.
In Rome, in the rest of Italy, and Europe, the Roman Bridges represent the efficiency of an empire with no comparison in our history. Most of the bridges still existing nowadays are made of blocks of stone or clay. Also wooden bridges exist, but they are less. According to the official bibliography, there are about 300 bridges, included the ones situated far from Rome - in Italy and Europe. If you have planned a short stay in the Italian capital, here you will find a list of the most deserving bridges in Rome.

Ponte Sant'Angelo
Initially titled Ponte Elio, by Emperor Hadrian who ordered its built during the first half of the second century A.D., Sant'Angelo bridge is one of the most famous ones as it connects the City to Sant'Angelo castle. About 200 pilgrims died on this bridge during the Jubilee in 1450, when the Black Death affected the city. 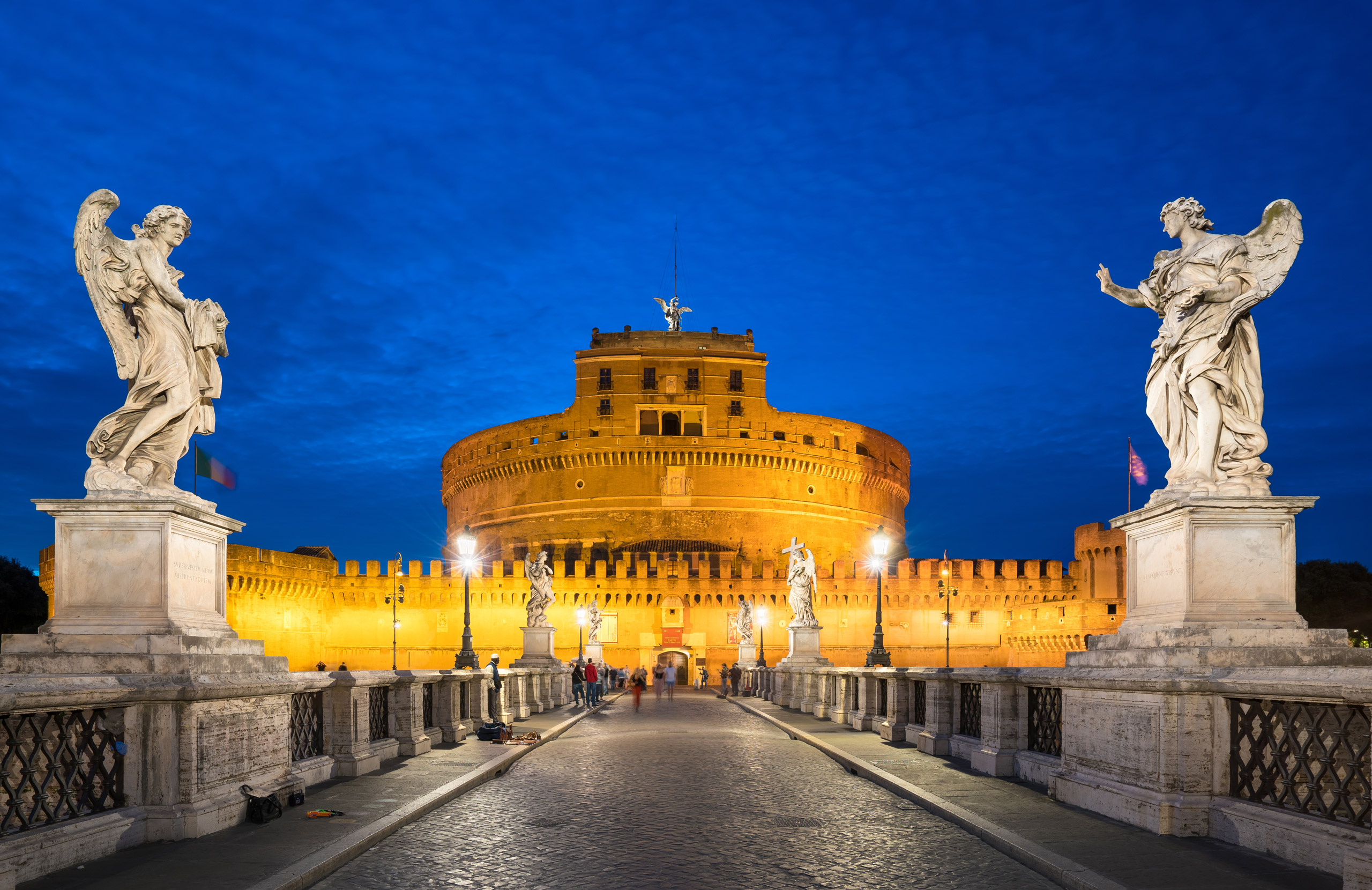 The Ponte Rotto
Emilio bridge, also known as the broken bridge, was built in the 3rd century BC by Emilio Lipido, during the same period the famous via Aurelia was created. The story of the broken bridge was troubled, as it was affected by several collapses because of its oblique position on the river Tiber.
After more than 1000 years, during which it has been restored several times, they decided to demolish it. The last time the Roman people saw Emilio Bridge was in 1887.

Ponte Sisto
Sisto bridge, also known as Ponte di Agrippa, was built on the ruins of the Ponte Aurelio, built by the famous emperor who lived in the third century. The masonry construction connected Trastevere with the left bank of the Tiber.
It is said from Ponte Sisto the first martyrs of the Christian history were thrown away. Its current name is due to the intervention of Pope Sixtus IV, who wanted to rebuild the bridge collapsed many years earlier due to a flood, in occasion of the Jubilee, in 1475.

Ponte Cestio
The construction of Cestio bridge dates back to the first century BC, by Lucio Cestius, a very close friend of Caesar.
The bridge connects the Tiberina island with the right bank of the Tiber. In the 4th century, a statue was placed on Ponte Cestio: it had the name "Lycaonia", the same used to address to the island during the mediaeval age. Like the other bridges, also Ponte Cestio met many restorations in its history.

Ponte Fabricio
The Fabricio Bridge is famous for being the oldest Roman bridge. According to historical literature actually originally was a wooden bridge, lately change it into a bridge made of stone.
We have to thank Lucio Fabricio for its built: he was the supervisor the roads network - the Latin "curator viarum" -, dating back to 62 BC. It is considered the most ancient Roman bridge because it has never been affected by collapses or restoration.

Ponte Neronianus
The Neronianus bridge, better known as Ponte Trionfale, is situated near Ponte Vittorio Emanuele. after about 2000 years, you can still see the remains of the bridge Caligula ordered - you can see them only when the level of the river is low.
Why is it also called Ponte Trionfale? You should know the bridge was designed by Nero, to allow the creation of Via Triumphalis, the street where the emperor used to walk in front of his citizens, coming back from victorious military campaigns.

Ponte Milvio
Via Clodia, Via Flaminia, Via Cassia and Via Veientana converged on Ponte Milvio, reflecting the importance the bridge had in Rome for its population. Its origin dates back to the 3rd century BC, although at the beginning it was made of wood.
Then the magistrate Molvius (so the name Ponte Milvio) authorized its masonry construction. The historical figure of Emperor Constantine is linked to Ponte Milvio, as he was converted near Ponte Milvio. The length of the bridge is a little over 150 meters.

Ponte di Probo
Also known as Ponte Teodosio or Ponte Nuovo, Probus bridge dates back to the 3rd century, built by Emperor Marco Aurelio Probus, and restored by Theodosius I. The bridge no longer exists. According to the archaeologists, the remains of the bridge were found in the Tiber in the 19th century.

Ponte Nomentano
Together with Ponte Milvio, Ponte Nomentano is one of the most important extra urban bridges of the city of Rome. Unlike most other Roman bridges, the Ponte Nomentano is walkable.
Its construction dates back to the Republican age, even if its conformation is a work by Pope Adrian I and Niccolò V, who fortified the bridge through the realization of two towers and walls between the VIII and XIII century. it took its name because Via Nomentana runs on it, and it is situated in Monte Sacro District.

Ponte Sublicio
Sublicio bridge, together with Ponte Milvio and Ponte Rotto, is one of the most ancient bridges in Rome. It was built during the 7th century BC, by the will of King Ancus Marcius. What you can still see nowadays is the project by architect Marcello Piacentini, who lived in the second half of the nineteenth century.
The inauguration of the new Sublicio Bridge Took place in 1919, at the end of the First World War. The current reach connects the Aventino hill with Testaccio on one side and Trastevere on the other one.