Visiting Rome: the challenging renovation of the Mausoleo di Augusto and its forthcoming opening

Among the most famous monuments in Rome, the mausoleum of Augustus - dating back to the I century B.C. - has been protagonist of several events, and it has recently been restored: it is ready to show its majesty to the public. Take the chance to vi sit Rome to discover the beautiful Mausoleum of Augustus.

In 28 BC Augustus, returning from the Egyptian campaign, ordered the construction of this great mausoleum. The inspiration came from the vision of the tomb of Alexander the Great and, once back in Rome, he decided to have an equally large monument built. The goal was to create a tomb that could not only house all of Augustus's gens but also remind the greatness of his heroes to the following generations. This large funeral monument was built in Campo Marzio in a short time. Since 23 B.C., the nephew of Augustus, Marcus Claudius Marcellus, and then his sister found their final place in the mausoleum. In 14 B.C., Augustus died in Nola and he was moved to Rome where, after two funeral eulogies, he was carried on the shoulders of the senators in Campo Marzio. Here he was cremated and his ashes were kept inside the mausoleum.
Later on, all the remains of the most illustrious representatives of the Julio-Claudian dynasty were kept inside the funeral monument commissioned by Augustus. The last to find a place in this eternal home was Emperor Nerva, in 98. The first century ended with him: in the II, the emperors started choosing the funeral mausoleum commissioned by Hadrian, the Mole Adriana, to be their perpetual resting place. From the XII century on, after a period of total abandonment, the Mausoleum of Hadrian had different functions, even with deep changes of extension. It was rediscovered just in 1936, by the intervention of Mussolini who ordered the immediate demolition of all the buildings born above and around the monument.

The structure of the Mausoleum of Augustus
The Mausoleum of Augustus has a surface of a diameter of about 87 metres. It has a circular shape, as probably the monumental tombs that Augustus visited in Alexandria in Egypt, and it is the oldest circular tomb known in the world. The structure is built on a base about 12 metres high, completely made of travertine. On this basement, there is a very complex floor structure around a central square room with the the tomb of Augustus. Around this room, there is a circular corridor where the tombs of Augustus' relatives and other important figures of the Julio-Claudian dynasty were placed.
Originally, at the entrance of the tomb there were two bronze tombstones on which the biography of the emperor was engraved. The entrance is guarded by two obelisks entirely made of granite, then removed and reused in other parts of the city over the time: they are currently situated in Piazza del Quirinale. At the top of the mausoleum, there was an equestrian statue of Augustus, now lost. All around, finally, there were some beautiful gardens, open to the public so that everyone could enjoy its beauty, by order of Augustus. The interior of the mausoleum probably was richly decorated and adorned, but over the centuries all the historical artifacts contained there have been stolen.

The restoration and the forthcoming opening of the Mausoleum of Augustus
In the last years, the Mausoleum of Augustus has been the object of an ambitious restoration project that has sought discover the splendour of the funeral monument. This important project has experienced two phases. The first concerned the restoration of the external part of the tomb, with particular attention to the elimination of everything that was not originating from the structure. The second and more demanding phase, on the other hand, concerned all the inner part which had suffered the most intense devastation over the time.
The investment the Ministry of Cultural Heritage did is approximately 4 and a half million euros, to make the Mausoleum of Augustus an art museum able to collect numerous visits each year. In the final project, supported also thanks to the contribution of the Tim Foundation, the dome of the funeral monument will be completely restored and a technological lighting system will be built inside. In addition to this, projectors will be installed on the internal walls of the monument to allow the images of the history of Rome. The restoration project also includes renovations of the square - Piazza Augusto Imperatore - housing the Mausoleum which will become an ideal continuation of the exhibitions inside. Over the centuries, excavation works in the area have actually brought to light numerous Roman finds that will find place in the permanent exhibition inside the new museum. 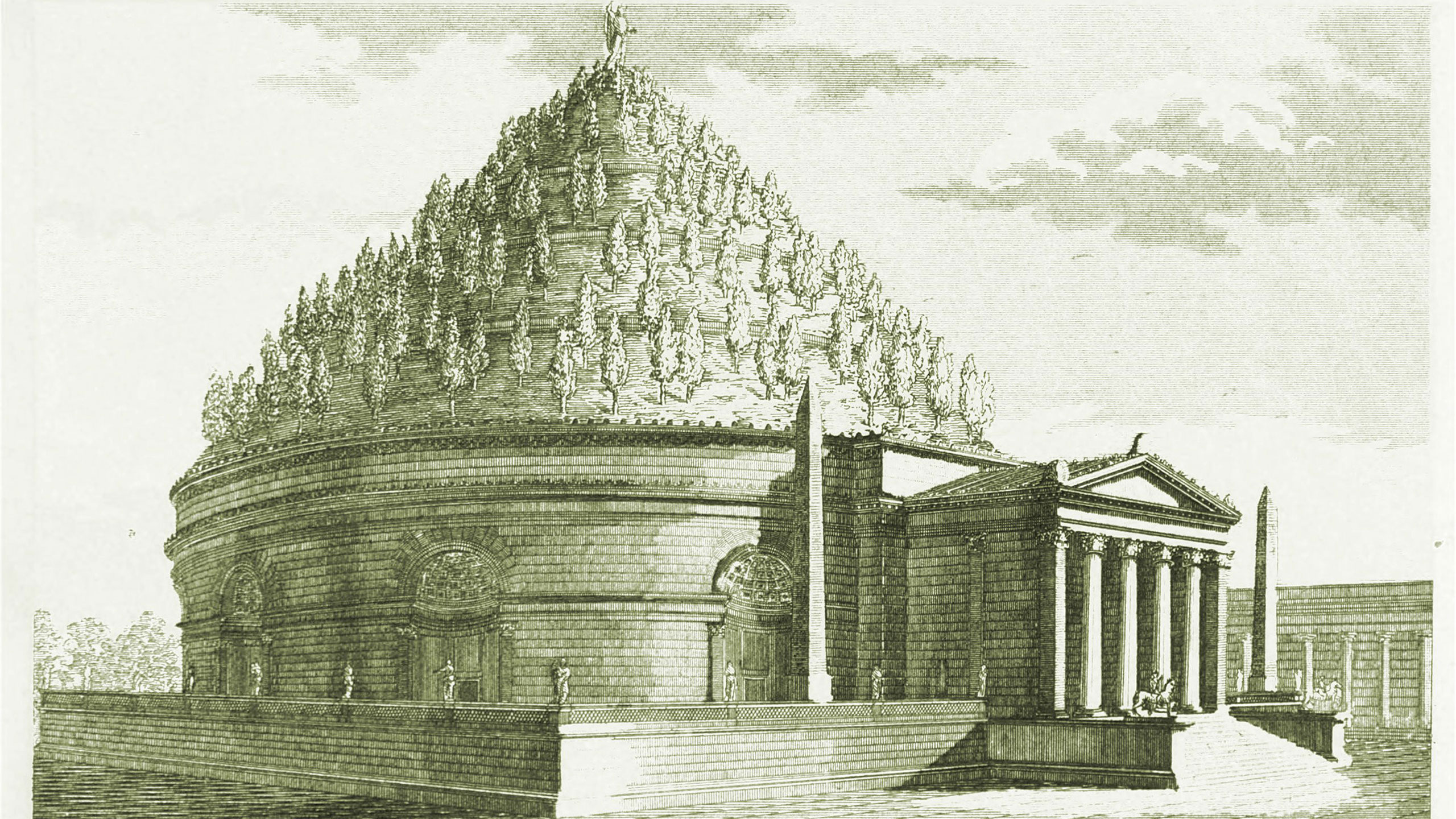 What to see around the Mausoleum of Augustus
In the same area where the Mausoleum of Augustus is located, at the foot of Campo Marzio, you can visit other monuments: they will make the trip to Rome unique. At a short distance, there actually is the Ara Pacis, a celebratory altar in honour of Augustus after his victorious campaigns in Gaul and Spain. Today the Ara Pacis, built in a white marble entirely inlaid to represent the victorious campaigns of the emperor, is housed in the homonymous museum, a modern crystal case built on a project by architect Richard Meier.
Next to the Mausoleum of Augustus, there is also the Basilica of Sainti Ambrogio e Carlo, built in 1612 on the remains of an ancient religious building dating back to the 10th century. Despite a fairly simple external appearance, the interior of the basilica is rich in decorations. In particular, the ceiling is completely stuccoed and the walls have polychrome marble decorations. Inside the basilica, you can admire some paintings of wonderful workmanship such as the altarpiece with the stories of San Barnaba, by Pier Francesco Mola, and La Trinità created by Tommaso Luini. The historical organ of the basilica is also worth a visit, built in 1928 due to the wish of Pope Pius XI and still working.