Visiting Rome: the extraordinary night openings to visit the Colosseum under the moonlight

The Colosseum is not only the symbol of Rome but also a suggestive place where you can take a dip in the past and feel yourself in the centre of the Roman Empire. Inside the Colosseum, the games of gladiators were actually played to celebrate victories and events, but there was also the alternation of life and death during the shows to the death. To allow the highest number of people to visit the Colosseum, special openings will be scheduled to admire the monument under the moonlight. Here you are the information to join the event.

The history of the Colosseum
The real name of the Colosseum is Flavian Amphitheatre, since it was built in the Flavian period at the behest of Emperor Vespasian in 72 A.D. Its built was laborious and it took eight years to be completed, in 80, under emperor Tito. Over time, then, its original form was revisited and reworked to then take on the form we know today. The amphitheatre, the largest in the world, occupied an area of about 3500 square metres. Today, it has a height of 48 metres, but in the ancient times it exceeded 52, probably thanks to a further floor with no remains today except in some historical representations.
The entire structure is made of travertine. Outside, there is an arched pattern with small windows and semi-columns to emphasize the different floors. Inside the Colosseum, the arena hosted gladiator games and animal fights. Over the centuries, however, the Christian believers imprisoned there suffered painful martyrs. Below the arena, there are spaces reserved for the shelter of animals, lions in particular, and all the service areas. On the bastions, on the other hand, there are the stages dedicated to important personalities. Located in a central area, they surrounded the main stage and were reserved for the emperor and his prestigious guests. The stages, now disappeared, were richly decorated.

The extraordinary openings of the Colosseum under the moonlight
To allow tourists to enjoy the beauty of the Colosseum under the moonlight, for some years extraordinary openings have been organized: managed by experts, they allow to discover all the secrets of the Colosseum. Also this year, the appointment is confirmed. From April 22nd 2019, until January 6th 2020, from 8 pm to midnight, it will be possible to make nightly guided tours. It will be even easier to identify and imagine oneself immersed in history, during the games of the gladiators who received their consecration right there.
For the occasion, a new lighting system was designed and installed to make the amphitheatre more attractive. Guided tours will take place both in the inner and outer ring of the Colosseum. The guides, all authorized and very skilled, will illustrate the secrets of the arena of the games, telling the evolution of the shows over the centuries. Guided tours can be requested both in English and Italian and are suitable for an audience of all ages because the stories they tell can fascinate both adults and children, representing an excellent opportunity to spend quality time with the whole family. 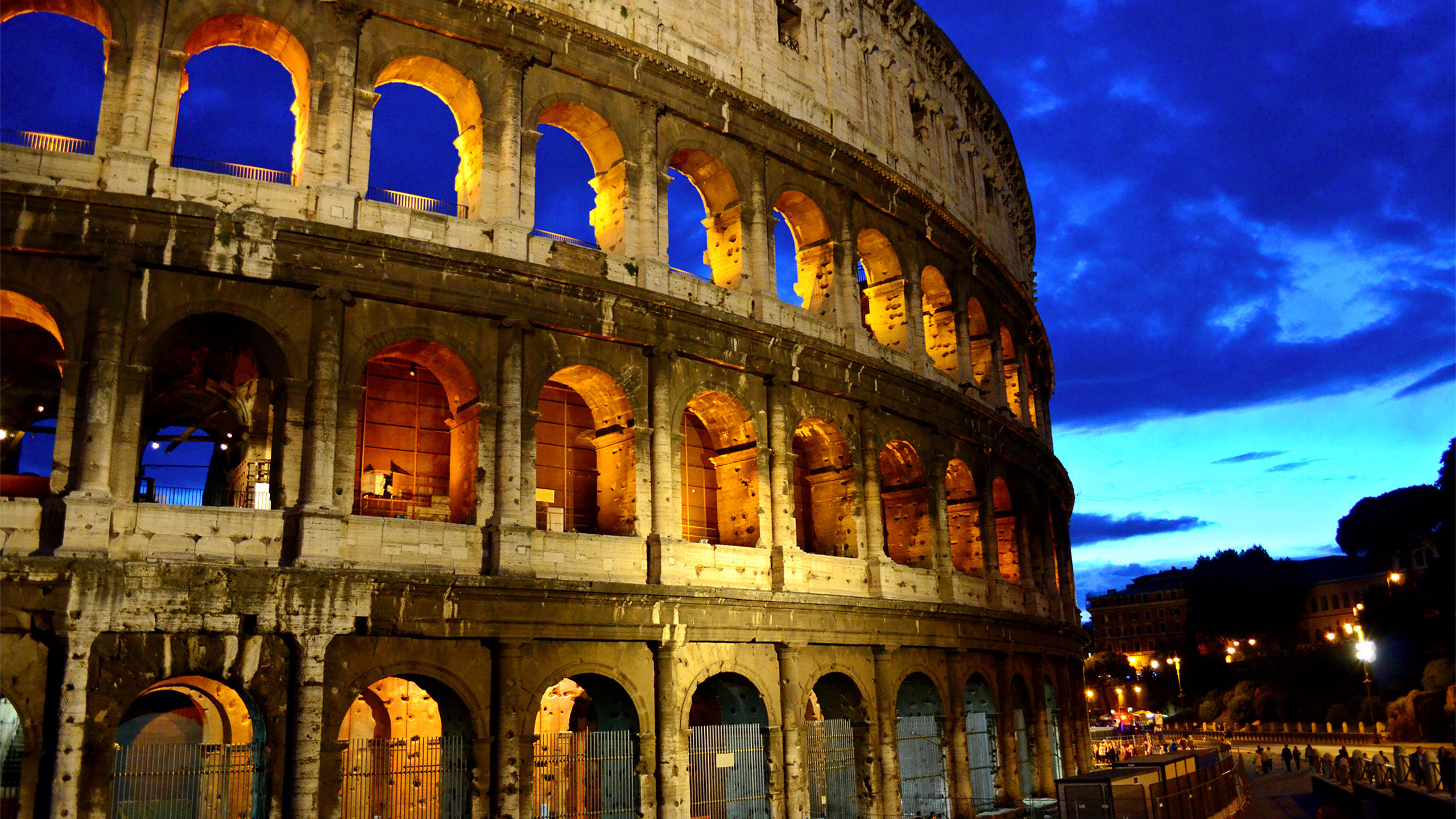 How to participate in the events scheduled at the Colosseum at night
Taking part in guided tours of the Colosseum in the moonlight is very simple. Just book and buy your ticket directly on the website dedicated to the event. The dates available are numerous, but the visitors are expected to be quite a lot, so the advice is to book the tour in advance, so as to organize the rest of your vacation in Rome. The ticket price is 24 Euros for the entire ticket, and 22 Euros for the reduced ticket. In case of large groups wishing to organize a personalized guided tour, the price may be subjected to discounts and promotions.
Visits can be made to groups of up to 25 people on any day of the week except on Sunday. During Christmas holidays, instead, visits are also available on Sundays. The calendar of extraordinary events and night openings has not been established yet. In the past editions, many music concerts, costume performances and other cultural moments took place, making the night tours even more suggestive and interesting. Reservations for guided tours and any shows can be also made online.

What to admire around the Colosseum by night
The Colosseum is located in a central area and it is a privileged place from where to explore Rome and its historical centre. If you desire to walk and discover beauty, you can start your own tour from the Colosseum and walk along Via dei Fori Imperiali to reach the Altare della Patria. Along the way, you will find the remains of the Forum of Augustus and that of Trajan, places centre of the economic and political life of the city at the time of the Romans.
The Altare della Patria, in Piazza Venezia, is more properly known as the Mole del Vittoriano: it is a building started in 1995 and completed during the Fascism. It houses the monument to the unknown soldier. Continuing the walk you arrive in Via del Corso, from where the shopping streets with the best fashion brands and more depart: Via Condotti and Via Frattini are just some of the names made famous by the Dolce Vita, but still today, in the desires of those who want to get to know the most luxurious Rome. From one store to another you will soon reach Campo de' Fiori. This famous square, site of a local market during the day, turns into a meeting point for young people and tourists who find lots of little cafes and a bohemian atmosphere. In the centre of the square, the bronze statue of Savonarola watches over everyone with a benevolent eye. Another few steps and you are in Piazza Navona: thanks to its central Barcaccia it is one of the most beautiful squares in the Roman historical centre.