Most tourists know Rome because of the monuments made it famous all over the world, such as the Colosseum and St. Peter's Basilica, to tell just a couple of them. However, if you want to discover the city following an alternative route, you can depart from the Roman aqueducts. Still present in some areas of Rome and its surroundings, as well as in other areas in Italy and Europe, the aqueducts built by the Romans around two thousand years ago have no equals in the rest of the world. They are an amazing one-of-a-kind engineering work. 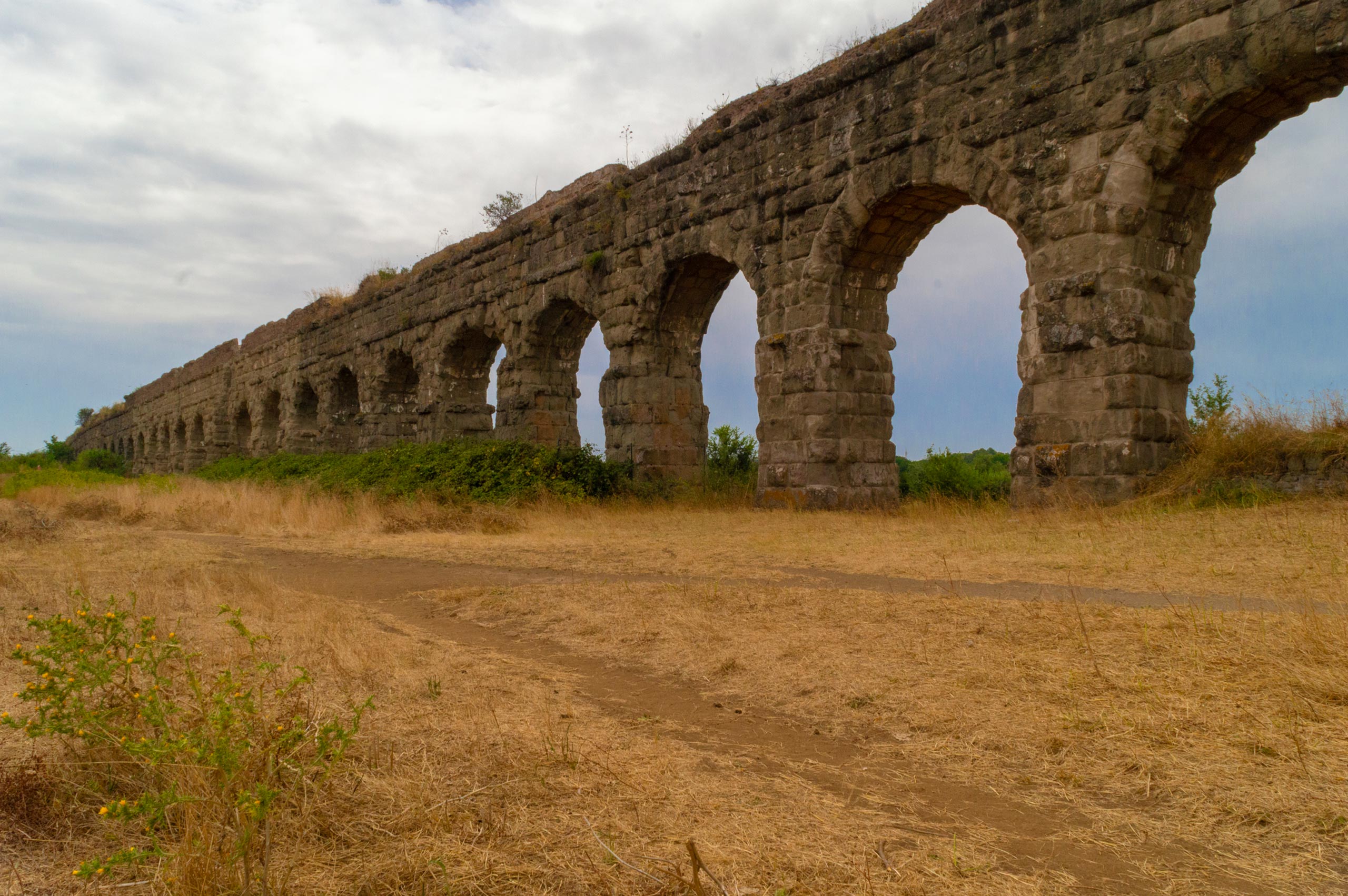 Aqueducts of the ancient Rome
The total number of Roman aqueducts still visible after more than 1,000 years of history is 11, just in the area of Rome. Below you can compare the first aqueducts of the Republican age with those built once the Empire was proclaimed, by Augustus. In chronological order they are: Appio aqueduct, Anio Vetus aqueduct, Marciano aqueduct, Tepulo aqueduct, and Iulio aqueduct.

Appio aqueduct
The first Roman aqueduct was built by Appius Claudius Caecus, the censor to whom we owe the creation of via Appia. Known under the name of Appio aqueduct, the work dates back to the end of the 4th century B.C., an historical period during which Rome was fighting the Sunnite war.
The Appio aqueduct was realized on the present sources in via Praenestina, never found. It measured 16 kilometres and entered in Rome through the current Porta Maggiore, having its terminus at the Foro Boario, after having crossed the Celio and the Aventino hills. Before the built of the Appio aqueduct, Rome had always exploited the Tiber, the springs and the sources. After the first Roman aqueduct many others were built, more often during the Augustan age and on - because of the demographic expansion and the greater surface the empire had on the Tiber area.

Anio Vetus aqueduct
The Anio Vetus aqueduct was the second Roman aqueduct built in the Republican age. Its construction dates back to 272 B.C., by the censors Flacco and Dentato. By the name, we can discover it was connected to the river Aniene, and to discover its geographical position we have to refer to the town of San Cosimato.

Marciano aqueduct
Marciano aqueduct takes its name from the praetor who ordered its built in 144 B.C.: Quinto Marcio Re. The departure of the third roman aqueduct in the Republican history is evidenced near the Aniene valley, even if differently from the Anio Vetus, the Aqua Marcia - the Latin name of the aqueduct - drew water by the sources in the valley, not from the river.

Tepulo Aqueduct
The strange name of the Tepulo aqueduct derives from the water temperature inside the 18 kilometres underground channel. It ended at the castle in Via XX Settembre. Its built dates back to 125 B.C., about 20 years later the Marciano aqueduct, having the underground channel in common with it.

Iulio aqueduct
Built by Agrippa himself, the brilliant architect of the late Roman Republic, the Iulio aqueduct was completed in 33 B.C., and dedicated to Augustus, belonging to the gens Iulia - the same Caesar belonged to. The beginning of the aqueduct goes up to Grottaferrata, till the Squarciarelli springs. 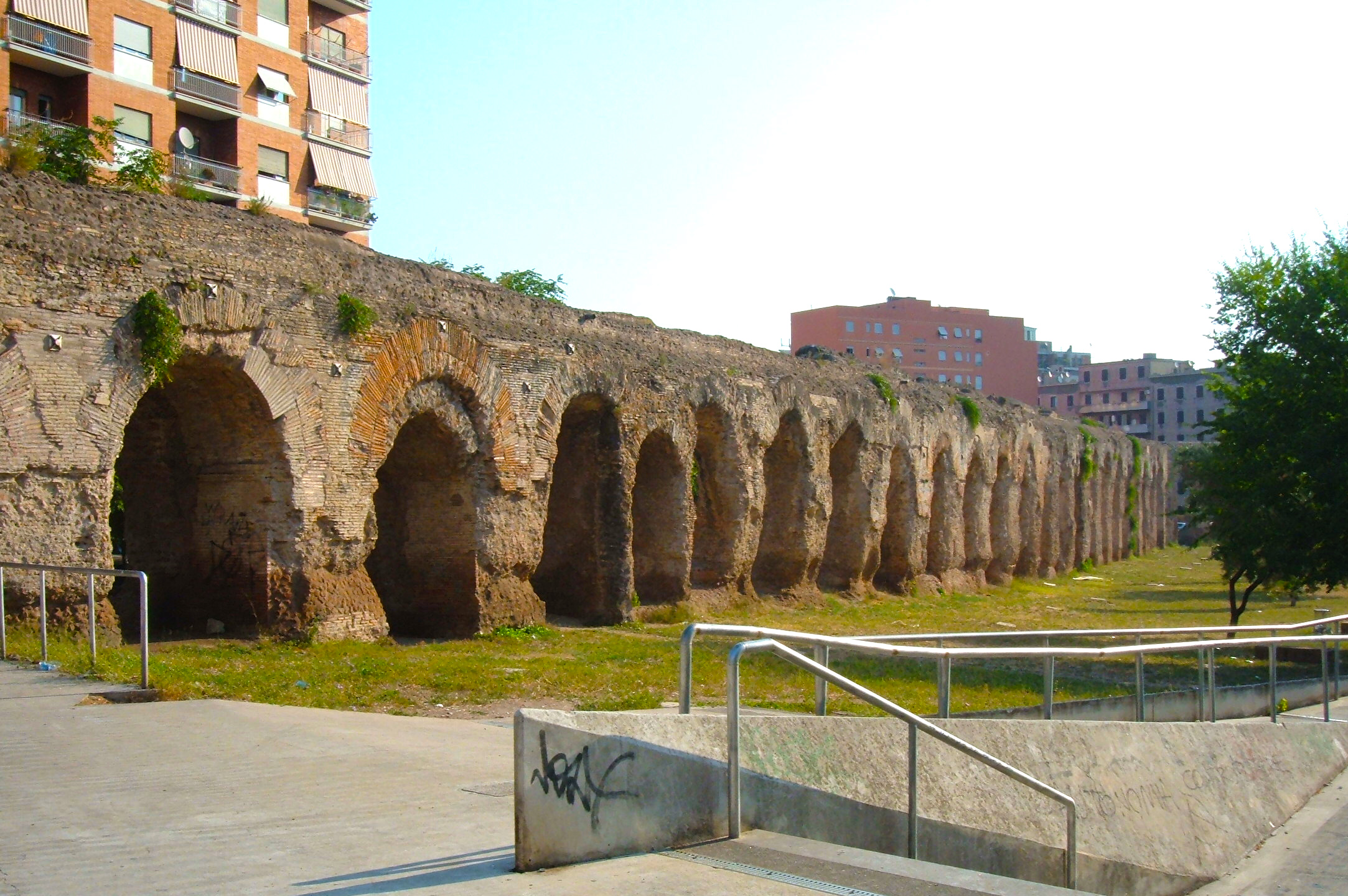 Virgo Aqueduct
The origin of the name Aqua Virga - from the Latin "Virgo" - is hidden in the legend. It is said architect Agrippa wanted to call it in this way to honor a girl. According to the legend, the girl would have told the soldiers the exact position of the source during a military campaign. The building dates back to 19 B.C., to serve the Terme di Campo Marzio, built by Agrippa, too.

Alsietino aqueduct
The Alsietino aqueduct dates back to 2 A.D., and is known as Aqua Augusta, as it was Emperor Augustus himself to order its built. Alsietinus was the Latin name of today's Lake of Martignano, from which the aqueduct initially drew water, and then used to water the Naumachia of the first Rome emperor.

Claudio aqueduct
The Claudian aqueduct can be considered one of the best preserved Roman aqueducts. Started by Caligula and finished by Claudius - both belonging to the gens Claudia - in the first half of the century, the Roman aqueduct of the Imperial period can be admired in all its glory. Visit the Park of aqueducts to photograph the spectacular 144 arches.

Neroniano aqueduct
During his brief empire, Nero dedicated himself to the construction of two aqueducts. After the Claudio aqueduct, the controversial emperor built what is now known as the Neroninano aqueduct. The work was aimed to supply the Domus Aurea.

Anio Novus aqueduct
After more than 300 years, the Romans built an aqueduct again, in the Valley of the Aniene, so the name Anio Novus, to distinguish it from the former aqueduct which turned into Anio Vetus. Its construction dates back to 38 A.D., during the reign of Caligula, even if Claudius finished it, in 52 A.D.

Trajan aqueduct
The penultimate Roman aqueduct was built in 109 A.D., the Trajan aqueduct, whose name derives from the famous emperor of the beginning of the second century. The aqueduct had the aim to supply water to the current area of Trastevere.

Alexandrino aqueduct
The last of the eleven Roman aqueducts built between the Republican and the Imperial age was the Alexandrino aqueduct, realized by emperor Alessandro Severo, in 226 A.D., for feeding the Terme Alessandrine, in the past belonged to Nero emperor, after a distance of 22 km.